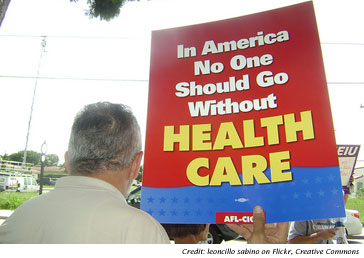 Women with chronic illnesses such as rheumatoid arthritis and MS often have trouble affording the care they need, even when they have health insurance. Advocates hope a variety of health-reform provisions will bring relief.

(WOMENSENEWS)–Health care advocates are trying to ensure that the final reform bill–which will be sent to President Obama in February–contains protections that will enable women with chronic conditions to afford ongoing care. Many of the most common of these illnesses disproportionately affect women.

Obama and leaders of both parties in Congress are currently reassessing elements of the final health care reform bill after last week’s election of Republican Scott Brown to the Massachusetts Senate seat of the late Sen. Edward Kennedy. Brown’s win has deprived the Democrats of their super majority in the Senate to pass the bill.

Whatever the outcome, many advocates hope the final bill will contain protections that allow women with multiple sclerosis, rheumatoid arthritis and other chronic conditions to afford continuing care. Paying for chronic diseases accounts for 75 percent of the more than $2 trillion spent on health care each year, according to the Centers for Disease Control and Prevention.

About 133 million Americans have at least one chronic disease–such as multiple sclerosis, diabetes, asthma and hypertension–and consult three physicians and fill seven prescriptions a year, according to the Partnership for Solutions, a research group at Johns Hopkins University in Baltimore.

Throughout the year-long reform process, executives with the National Multiple Sclerosis Society met with the staff and members of key committees in Congress to underscore the importance of eliminating preexisting condition exclusions. Both the Senate and House versions of the health reform bill currently do this.

"Women are twice as likely to be diagnosed with multiple sclerosis as men," said Shawn O’Neail, vice president of the New York-based group. "MS is incurable and hits women hard. They commonly develop it around age 30 and require medications and other treatments to slow progression and reduce the frequency and intensity of flare-ups for the rest of their lives."

People who have multiple sclerosis are often ineligible for a company or an individual policy, which forces them to go without care or limit their treatment. Paying for care, even when a person has insurance, is often extremely expensive because many policies impose annual or lifetime caps, high deductibles and co-payments.

To afford their care, 21 percent of people with MS spent less on food, heat and other necessities in 2007, a National Multiple Sclerosis Society survey found.

Diabetes also takes a terrible toll on women, said George J. Huntley of the American Diabetes Association. In addition to the 11.5 million women–or about 10 percent of all women age 20 or older–who have type 1 and type 2 diabetes, which can occur at any stage of life, 135,000 women who never had diabetes develop it during pregnancy each year. If not treated effectively, 70 percent of these mothers will develop type 2 diabetes later and their children may have birth defects.

More than 75,000 Americans signed the American Diabetes Association’s petition calling for Congress to pass a bill that would cover basic diabetes needs, provide access to prevention services and other provisions to guarantee adequate care.

"The U.S. has the best medical care for diabetes in the world, but if a person with diabetes is outside the system, she or he might as well be living in the third world," said Huntley, a past chair of the board of the diabetes advocacy group, which is based in Alexandria, Va.

The American Diabetes Association, along with other advocacy groups, wants Congress to eliminate the heavy cost burdens that the Medicare Part D prescription plan–for Americans over 65–imposes on patients.

In 2010, the Medicare Part D plan will require an older person to pay a $310 initial deductible for prescriptions. After that they pay 25 percent of the bill for prescriptions–the private insurance company will pay 75 percent until total drug costs reach $2830. Once that amount is hit, the Medicare recipient faces something known as the coverage "doughnut hole," where she must pay the full cost of prescriptions until the total out-of-pocket costs reach $4,550. Then the drug plan takes over for the remainder.

"Older women generally have a harder time navigating the doughnut hole than do men," said Huntley. "They have fewer financial resources and they cannot afford supplemental drug benefits to cover the doughnut hole. As a result, they often skip their diabetes medications and their health suffers."

Like the American Diabetes Association and the National Multiple Sclerosis Society, the American College of Rheumatology, an organization of 7,000 specialists in arthritis care and research based in Atlanta, is also championing provisions in the final bill that will make it easier for low-income people to obtain insurance.

"Women are four times more likely to develop rheumatoid arthritis than are men," said Dr. Karen Kolba, a rheumatologist in Santa Maria, Calif. "Losing a job and going through a divorce can mean a loss of insurance, which is dangerous for women with rheumatoid arthritis because they often have difficulty qualifying for individual insurance or paying the premiums. As a result, they are often diagnosed late, so that they can’t take advantage of the drugs that can control rheumatoid arthritis in its earliest phase and ensure that they will have fewer complications later."

As one way to lower costs, The American College of Rheumatology is urging Congress to stop insurance companies from charging significantly higher co-pays for new "biologic" medications. These drugs, containing genetically-engineered proteins derived from human genes, can help inhibit the inflammation that is a major problem for those with rheumatoid arthritis.

Traditionally, individuals and families paid reasonable co-pays under a three-tier pricing system: $15 for a generic medication, $20 for a brand name and $30 for a medication not on the list the plan covers.

"Now the insurance companies are instituting a tier four, which requires patients to pay 20 to 30 percent of co-pays for biological drugs that can be effective in patients who have not responded to other medications," said Kolba. "Although the biologics can make a big difference for those who are desperate for help, the patient can end up spending $1,500 to $2,000 a month in co-pays, which is prohibitively expensive for most patients."

Over the past decade, health insurance premiums have increased 119 percent nationally, while wages adjusted for inflation have remained flat.

Both the House and the Senate would provide subsides to individuals making up to about $43,000 a year or a family of four earning $88,000. The House bill’s subsidies are more generous.

Both bills establish insurance exchanges that will increase access to health insurance and give applicants more details about the types of coverage. The House bill calls for a national exchange while the Senate bill includes state exchanges.

"The exchanges and other reforms are long overdue improvements in our broken health care system," said Huntley of the American Diabetes Association. "Passing a bill that will give people with chronic conditions access to the tools necessary to manage and prevent their diseases is a historic achievement."

2 responses to “Reform Promises to Lower Bills for Chronic Illness” 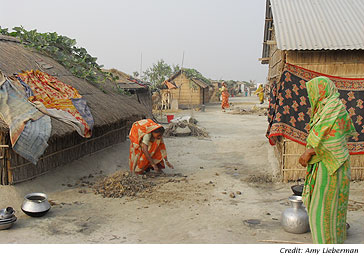 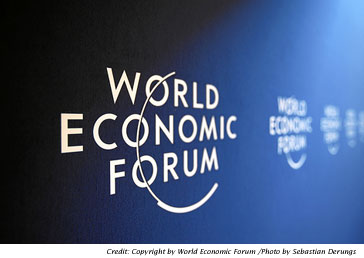