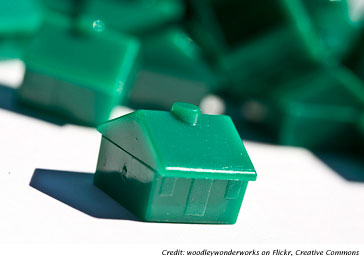 Women struggling with fallout from the mortgage crisis could get help in 2010. The government may start analyzing lending data for gender bias and the federal home-loan modification program could be expanded. The third of three stories.

(WOMENSENEWS)–Housing rights advocates say subprime mortgages are only one way that disreputable lenders have targeted women.

Increasingly, these lenders can also take aggressive measures to seize properties without giving borrowers much, if any, notice.

In 2005 in Rockingham County, Va., Janet Simmons, according to news reports, fell $30,000 behind on her mortgage payments. Her bank foreclosed, but never informed her. Simmons only discovered she had lost her home and 3.1-acre property when she was outside one day and a neighbor who had heard about the foreclosure asked why she was working in a yard that she no longer owned.

In New York City last year, an 84-year-old woman was duped into signing legal documents without realizing she was surrendering her Bronx home, according to press accounts. Homes R Us USA told the woman, who was struggling to make her mortgage payments, that if she temporarily signed over her deed the company would pay her mortgage for 12 months while she got her finances in order, then give her property back. Though Homes R Us USA swindlers were convicted of bank fraud conspiracy, the woman lost her home.

As the evidence of criminal and predatory lending practices has amassed, lawmakers could take more steps to help female borrowers and homeowners this year.

Over the past decade, state and federal regulators filed a flurry of lawsuits that showed gender discrimination was tied to subprime mortgages and other forms of risky lending.

In 1996 in California, the Long Beach Mortgage Company was charged with making female borrowers who were black, Latina or older pay higher-than-average fees. In 2000 in New York, the Delta Funding Corporation was indicted for issuing higher broker fees to African American females than to white males. In 2001 in Ohio, Midwest National Mortgage Banc was charged with giving less favorable subprime loan rates to women.

All three cases were settled out of court, with millions of dollars in awards going to the women who were conned.

President Obama has recommended amending the Home Mortgage Disclosure Act of 1975 so it collects more–and better–data on gender patterns in lending.

On Dec. 11, the U.S. House of Representatives passed the Wall Street Reform and Consumer Protection Act, which would create a new federal agency responsible for collecting more data on gender and lending.

Meanwhile, Sen. Christopher Dodd, D-Conn., has introduced the Fraud Enforcement and Recovery Act, which takes aim at mortgage fraud and predatory lending practices, such as adjustable-rate mortgage lending and steering. Congress may vote on both bills in 2010.

"Another step we hope authorities will take is expanding the Community Reinvestment Act of 1977," said Joshua Silver, vice president of research and policy for the National Community Reinvestment Coalition, based in Washington, D.C. "This legislation gives banks a report card that holds them accountable for their lending practices."

Currently, the 1977 law doesn’t apply to non-banks such as freestanding mortgage companies, he said. If it did, however, this would curb the bad practices of these companies, who were making the majority of bad loans to female borrowers during the subprime boom.

To help borrowers who fell prey to subprime mortgages and other risky loans, housing advocates also recommend that the Obama administration expand HAMP, the Home Affordable Modification Program, which provides incentives to the financial industry to modify the terms of mortgages and aims to help 4 million homeowners by 2012.

Though housing rights advocates say HAMP is a positive step, they point out serious shortcomings.

Only 9 percent of eligible borrowers have seen their mortgage payments reduced with modified loans since HAMP kicked off in July 2009, according to the U.S. Treasury Department.

The first progress report on the program, issued in August, showed that 10 major lenders had not altered a single mortgage since modification incentives were introduced. In November, Michael S. Barr, assistant secretary of the U.S. Treasury, issued a statement about the program in which he admitted, "The banks are not doing a good enough job."

HAMP is only equipped to deal with one-eighth to one quarter of the 2 to 3 million foreclosures now striking U.S. homeowners each year, according to Silver of the National Community Reinvestment Coalition.

In August, an Associated Press investigation found many banks are dodging HAMP modifications and opting to foreclose instead. Foreclosure fees are more lucrative than modifying loans and working to help troubled borrowers.

Will HAMP be revamped to help more women keep their homes? Will authorities take steps to end gender discrimination in lending?

Alyssa Katz, author of "Our Lot: How Real Estate Came to Own Us," told Women’s eNews that depends on "how far the Obama administration pushes the mortgage industry and how hard it is willing to advocate for actual reform." 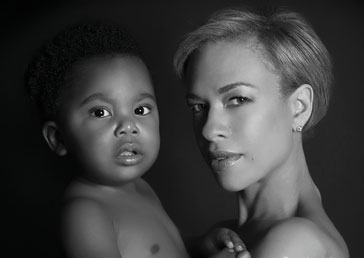 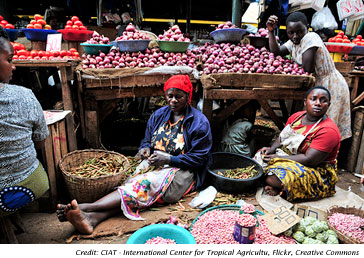