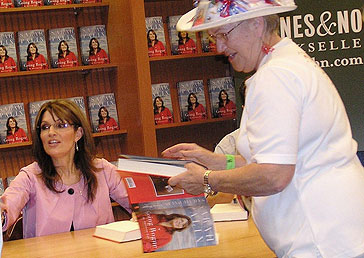 Palin’s GOP Fans See a Rogue of Their Own

Sarah Palin’s “Going Rogue” book tour has drawn faithful supporters, many of them GOP women who like her character and can’t wait to see what she’ll do next. One loyalist says negative media coverage of Palin is just another plus.

THE VILLAGES, Fla. (WOMENSENEWS)–Across the country thousands of faithful supporters have turned out at every stop of Sarah Palin’s "Going Rogue" book tour, and this strongly Republican area famous for retirees and decorated golf carts was no different.

"She’s an inspiration. There isn’t anybody like Palin and I came to thank her," said Jean Brewer, who lives nearby and joined the line at 8 p.m. the night before Palin’s 2:30 p.m. Nov. 24 appearance.

Brewer–wearing red, white and blue coordinated clothing and jewelry–brought two books for signing and a copy of a 50th wedding anniversary greeting that Palin had sent Brewer and her husband ahead of the couple’s Sept. 19 celebrations. (The greeting was spurred by friends who wrote to Palin informing her of Brewer’s political devotion.)

To supporters such as Brewer, Palin is a rare voice of principled honesty in a political world dominated by individuals out of touch with average Americans’ concerns.

"This isn’t about one political party or another. Our country is on the wrong road and corruption is everywhere," Brewer told Women’s eNews. "We need real people as leaders."

Character is a recurrent theme among Palin supporters, as Maryland State Sen. Nancy C. Jacobs–who joined the throngs outside The Villages’ Barnes and Noble–asserted.

"Her principled stands on issues and the decision to give birth to her last child are really admirable," Jacobs said in an interview. "It’s putting your faith in your walk. She’s the real deal, a real person, and you don’t see that too often in politics."

Palin’s youngest son Trig, who has been traveling with Palin on her book tour, along with her parents Chuck and Sally Heath, was born with Down syndrome. In "Going Rogue" Palin recalls grappling with feelings of insecurity when she discovered her baby’s condition and finding a greater understanding of why people might choose abortion.

During the 2008 presidential campaign, Palin said she supports abortion if a mother’s life is in danger, but is otherwise opposed to it. Abortion should be governed by individual states, not the federal government, and Roe v. Wade should be overturned, according to Palin.

The suspense that now surrounds Palin’s plans to run for president in 2012 seems to enhance her appeal among some Republican women.

"She’s a tough cookie, a staunch conservative who stands up for what is right," said Cindy Graves, incoming president of the Florida Federation of Republican Women. "She’s also a role model for young women representing a party that has long been the domain of old, white men. She’s kicking open doors and I can’t wait to see what she’ll do next."

The book tour has proven Palin’s ability to attract media, generating a Newsweek cover story, articles in nearly every section of The New York Times, fan videos on YouTube, an explosion of blog posts and TV interviews with Oprah Winfrey and Barbara Walters.

The Nov. 23 Newsweek cover ran a picture of Palin in biking gear, which was originally shot for Runner’s World magazine.

It sparked controversy with heavy coverage in media outlets–including the San Francisco Chronicle, Christian Science Monitor and the Huffington Post–over whether or not the image was too "sexy." Palin called the editors’ decision to run the photograph "unfortunate…sexist and oh-so-expected by now" in a Facebook post.

Some observers, like nationally syndicated columnist Kathleen Parker, questioned the sincerity of Palin’s insulted response to the Newsweek cover, judging it to be a calculated bid for additional publicity.

"She knows exactly how to animate her base and demonizing the media is the most powerful quill in her quiver. That is, by picking fights with the media, she mobilizes her fans against a monolithic enemy–‘them’–while getting ‘them’ to give her more ink and airtime," Parker wrote in her Nov. 22 Washington Post column.

Palin’s allegations on her Facebook page in August 2009 that health care changes endorsed by the Obama administration would force the elderly and infirm to face "death panels" unleashed a media maelstrom.

The more negative media Palin attracts, the more some of her fans seem to like her.

"Never in all my years have I seen the media go after someone like that," Brewer said, referring to the media barrage that followed Palin as a vice presidential candidate. "She’s just a regular person but she proved the strength of her character to withstand it."

Palin’s book signing appearances have stuck close to heavily-Republican, nontraditional book tour areas, such as The Villages, which has guaranteed adoring crowds.

But some detractors have also shown up.

In Kansas, a small group of protesters sang songs and stomped on copies of the book before her arrival.

In Rochester, N.Y., a couple dozen demonstrators waved signs and chanted antagonistic slogans about her opposition to abortion rights and health care reform.

Some independent bookstore owners have opted to donate all proceeds from "Going Rogue" sales to animal protection groups who have criticized Palin’s habit of hunting from airplanes and helicopters, her support of Arctic oil exploration and opposition to plans to list the polar bear as threatened on the Endangered Species Act while governor.

The book tour, which is expected to run through December, has stirred widespread media speculation about whether it might indicate that Palin is thinking about a run for president in 2012.

The other main early contenders for the GOP nomination, former Massachusetts Gov. Mitt Romney and former Arkansas Gov. Mike Huckabee, had the confidence of 50 percent and 43 percent of respondents respectively.

Two-thirds said Secretary of State Hillary Clinton is ready for the Oval Office.

When asked about presidential ambitions by Barbara Walters, Palin left the door open.

"That’s certainly not on my radar screen right now," she said. "When you consider some of the ordinary turning into extraordinary events that have happened in my life, I am not one to predict what will happen in a few years."

Juliette Terzieff is a freelance writer currently based in Tampa, Fla. She has worked for the San Francisco Chronicle, Newsweek, CNN International and the London Sunday Times during time spent in the Balkans, the Middle East and South Asia.

CNN Poll: Most Americans say Palin not qualified to serve as president
http://politicalticker.blogs.cnn.com/2009/11/16/cnn-poll-most-americans-say-palin-not-qualified-to-serve-as-president/ 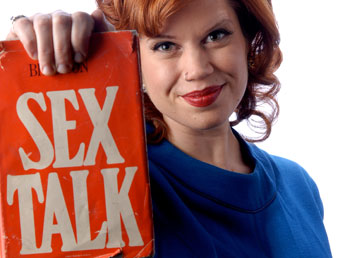 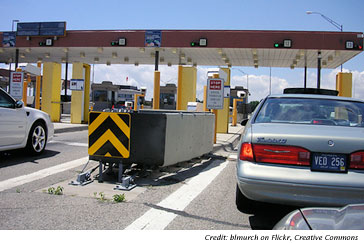