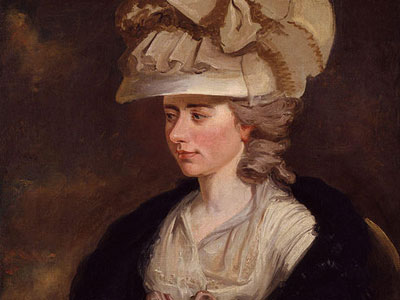 October is Breast Cancer Awareness Month. One of the earliest women to bring awareness to the disease and its surgical treatment was the writer Fanny Burney. She underwent a mastectomy in September 1830 and lived to write about it.

(WOMENSENEWS)–On the morning of Sept. 30, 1811, Madame D’Arblay received a note from her physician telling her to prepare for the amputation of her breast in two hours’ time. The doctor directed her to find a way to divert the attention and attendance of her husband so that he could be spared the "unavailed wretchedness" of watching an operation performed without anesthesia.

Madame D’Arblay was the English novelist and essayist Frances Burney, known to her friends as Fanny, and a charismatic figure in Paris’ post-revolutionary artistic salons. The wife of a prominent but relatively poor army general, Burney had been ailing from what her doctors diagnosed as a tumor in her breast, which was giving her great pains and making it difficult to put quill to paper.

It was not until nine months after the amputation that she was able to complete a letter to her sister Esther, telling her in detail what had occurred on that dreadful morning. It was a letter meant to be shared with all of her family.

Burney’s first-person narrative of the surgery, performed when she was 59, became valued by historians as the earliest account of a mastectomy from a patient’s point of view.

Although descriptions and mentions of breast removal had been noted in medical records since ancient times, very little of the perspective of patients had been preserved.

One of the earliest known papyrus records of a mastectomy is dated between 3000 and 2500 B.C. Even in the early 19th century, when surgical techniques were still primitive by today’s standards and patients were awake to endure them, Burney’s mastectomy was relatively commonplace.

As the morning progressed, Burney describes the flurry of last-minute preparations–the doctors had given her such short notice to help reduce her anxiety–and the arrival of seven men, all clad in black, ready to cure her of the tumor. She was directed to lie down on a chair to await the knife. The men covered her face with a veil of gauze so that her vision of their work would be obstructed and to protect her feminine modesty.

Her doctors, who were the finest in Paris and brought to her aid through personal connections, had all but given up hope for her case. But Burney herself had urged the surgery along, wearied by months of pain and discomfort. Still, a feeling of panic descended as the moment neared.

"I stood suspended, for a moment, whether I should not abruptly escape–I looked at the door, the windows–I felt desperate–but it was only for a moment, my reason then took command, and my fears and feelings struggled vainly against it," she wrote in the letter to her sister.

Regaining her courage, she disrobed in her chamber and detected that her doctor had wavered. Burney offered him some encouragement:

"Can You, I cried, feel for an operation that, to You, must seem so trivial?" she wrote.

Burney then lay on her bed, as the seven men used hand signals to direct the surgery above, closed her eyes and waited. But silence prevailed. She opened her eyes and through her gauzy veil she could see the men signal that her entire breast was to be removed. She began to protest, as the pain came from only one part of the breast. But the doctors were determined. They held her down and cut it off. She was left to experience a "terror that surpasses all description."

For her recuperation, the doctors prescribed boiled rice pudding and meat jelly. She lived another 29 years.

By the time of her illness, Burney’s literary achievements were mostly behind her, having already written three successful novels. Her debut as a novelist came in 1778 with the anonymous publication of "Evelina," which dove deeply into themes of gender, misogyny and the fraught marriage negotiations that were typical for wealthy English women in the 18th century.

After the mastectomy, she was to complete only one more novel, "The Wanderer," set in the French Revolution and published in 1814. By the time she died in 1840, Burney had left behind over 20 volumes of personal letters and journals, which many critics have considered as valuable an exploration of the social constraints placed on women of the day as any of her works of fiction.

Today, Burney is a second-tier literary figure whose work is not nearly as widely read as the famous male authors of her era. She is also overshadowed by literature’s grande dame, Jane Austen, whose novels also closely peered into women’s social lives. Like Austen, Burney’s female heroines struggled with their destinies. Unlike Austen, Burney’s women fiercely sought autonomy but often encountered violence.

Literary historian Julia L. Epstein drew significant parallels between Burney’s mastectomy and the violent repression of women in her earlier novels, including "Evelina" and "Camilla," in a 1986 scholarly analysis and later in a critical biography of the author. Epstein interprets Madame D’Arblay’s composition of the mastectomy letter as an extension of themes Burney had frequently visited in her earlier works.

"To write the medical history of her mastectomy was, for Burney, to detach and obscure the covert narrative her letter contains, the narrative of mutilation and disfigurement," wrote Epstein in the journal Representations. "In the 18th and 19th centuries, the psychosexual implications of breast amputations are obscured by the period’s characteristic silence on the subject."

Burney is perhaps best remembered now as a social doyenne of a lively Paris that was reinventing itself following a bloody revolution, a peripheral member of England’s literary circle the Blue Stocking Society and as an object of Samuel Johnson’s obsession–an unrequited love with whom he exchanged brilliant letters and witty observations over a decades-long friendship.

This year marks the 300th anniversary of Dr. Johnson’s birth. His life is being widely celebrated in academic circles as publishers have trotted out a handful of new biographies and examinations of the man who invented the dictionary.

Burney is a vivid character in those studies, but still stands on the sidelines. It was a personal letter to her sister, never widely read by the public, about an intimate female experience that illuminated her place in history.

Jennifer Thurston is an independent writer currently based in Kirkwood, N.Y. 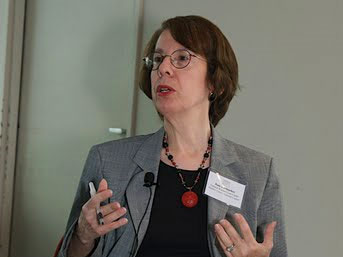 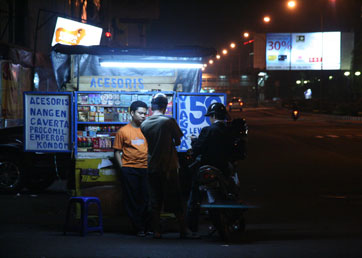