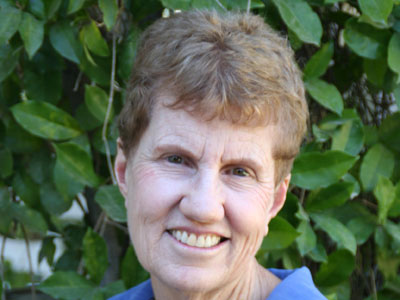 When the Bush Administration decided to withhold $34 million from a U.N. agency focused on reproductive health, Jane Roberts and Lois Abraham took matters into their own hands. An excerpt from Sheryl WuDunn and Nicholas D. Kristof’s “Half the Sky.”

(WOMENSENEWS)–When George W. Bush announced early in his first administration that the United States would withhold all $34 million that had been allocated for the United Nations Population Fund, or the UNFPA, many people grumbled about it. But Jane Roberts, a retired French teacher in Redlands, Calif., grumbled herself into starting a movement. It began with a letter to the editor of her local paper, the San Bernardino Sun.

"A week has passed since the Bush Administration decided to deny the $34 million voted by Congress for the United Nations Population Fund. Ho Hum, this is vacation time. Columnists have written about it and newspapers have printed editorials of lament. Ho Hum. More women die in childbirth in a few days than terrorism kills people in a year. Ho Hum. Some little girl is having her genitals cut with a cactus needle. Ho Hum, that’s just a cultural thing.

As an exercise in outraged democracy, would 34 million of my fellow citizens please join me in sending one dollar each to the U.S. Committee for UNFPA? That would right a terrible wrong . . . and drown out the Ho Hums."

Jane–a 2004 Women’s eNews 21 Leader for the 21st Century–is blue-eyed with short blond hair and carries a hint of the sixties in her dress and manner: a taste for African necklaces and simple clothing like black loafers. She was now on a mission. Jane contacted groups like the Sierra Club and the League of Women Voters. After she saw a mention in the newspaper about the National Council of Women’s Organizations, she barraged the council with pestering phone calls and e-mails. A week later its board endorsed her effort.

At the same time, a grandmother in New Mexico named Lois Abraham–also a 2004 Women’s eNews 21 Leader for the 21st Century–was thinking along the same lines as Jane. She had read a column Nick had written from Khartoum, Sudan, about a teenage girl with an obstetric fistula, noting that the administration was now crippling one of the few organizations helping such girls.

Lois angrily drafted a chain letter about the UNFPA and the funding cut-off. It ended: "If 34,000,000 American women send one dollar each to the U.N. Population Fund, we can help the Fund continue its invaluable work and at the same time confirm that providing family planning and reproductive health services to women who would otherwise have none is a humanitarian issue, not a political one. PLEASE, NOW: Put a dollar, wrapped in a plain sheet of paper, in an envelope marked ’34 Million Friends.’ . . . Then mail it today. EVEN MORE IMPORTANT: Send this letter on to at least 10 friends–more would be better–who may join in this message."

Lois had cold-called the UNFPA and told an official she was sending out the e-mail. The agency didn’t have much of a public image and rarely received contributions.

"Some in UNFPA were doubtful about such a grassroots effort," recalled Stirling Scruggs, a former senior official in the agency. "They thought it would last a few weeks and that the two women would tire and it would end quickly. That is, until bags of mail started piling up at UNFPA’s mail room."

The deluge of dollar bills triggered by Lois and Jane soon caused a problem. UNFPA had pledged that all the money would go to programs, but somebody had to handle all the mail. At first, staff members devoted their lunch hours to opening envelopes. Then supporters of the U.S. Committee for UNFPA volunteered their help. Finally, the United Nations Foundation gave grants to hire staff to handle the mail.

Most of the money consisted of $1 bills from women–and some men–all across the country. Some sent larger amounts. "This $5 is in honor of the women in my life: my mother, my wife, my two daughters and my granddaughter," one man wrote.

UNFPA informed Lois and Jane about each other and they joined forces, formalizing their campaign as 34 Million Friends of UNFPA. They began going on speaking tours and the movement gained steam. People around the country were exasperated by the social conservatives’ campaigns against reproductive health–the defunding of UNFPA, the denunciations of condoms and comprehensive sex education, the attempts to cut off support for family planning by aid groups like Marie Stopes International–and they were eager to do something concrete to help. Sending in a dollar bill wasn’t a panacea, but it was very easy to do.

"No one can say I can’t give a dollar," Jane noted. "We’re even getting donations from college students and high school students. You can take a stand for the women of the world for just the price of a soda."

Both Ellen Goodman and Molly Ivins wrote columns praising Jane and Lois and their work, and donations reached 2,000 a day. Jane traveled with UNFPA to Mali and Senegal, her first visit to Africa, and began speaking and campaigning nonstop.

"From that time on, I have given my life to this," she told Sheryl. "I’m going to follow this to the ends of the earth to further this cause. Forty women every minute seek unsafe abortions. To me this is just a crime against humanity."

After President Obama announced in January 2009 that he would restore funding for UNFPA, the question arose: Is 34 Million Friends still necessary? Should it fade away? But by then the group started by two indignant women had raised a total of $4 million, and they saw vast needs remaining–so they decided to continue their work as a supplement to American government funding of UNFPA.

"There is a huge unmet demand for family planning in the world today," Jane said. "There is a huge need for fistula prevention and treatment. With population pressures and environmental pressures and economic pressures in much of the world, women will bear the brunt of gender-based violence even more than now. So for me 34 Million Friends is my work. It is my passion. I don’t think any cause is greater for the long term for people, the planet and peace. So for me, on we go!"

Sheryl WuDunn and Nicholas D. Kristof are a wife-husband reporter team. They won a joint Pulitzer Prize for their coverage of the 1989 Tiananmen Square protests and massacre in Beijing.

Half the Sky: Turning Oppression Into Opportunity for Women Worldwide 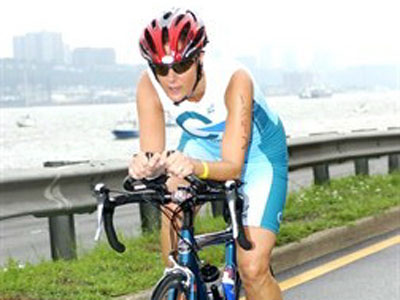 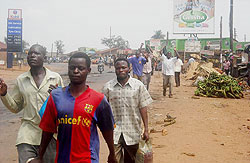