She Makes a ‘Gulp Gift’ to Middle School Girls

Julie Fisher Cummings attended a girls’ school that emphasized the importance of public service. Decades later, she’s showing how well she learned the lesson by giving the same school $5 million. Seventh in a series on women funding serious change.

(WOMENSENEWS)–My recent commitment of $5 million to the

Kingswood Girls Middle School in Bloomfield Hills, Mich., represents the culmination of a journey that began when I started as a student there myself in 1959.

My donation will help fund the construction of a new building for the girls’ middle school–sixth through eighth grades–which occupies the basement "garden level" of the upper school at Cranbrook/Kingswood, an international boarding program from grades 9 through 12.

For years, administrators and teachers and students have made do with facilities that are less than what the younger and older children enjoy as a learning environment. The school is co-ed except for the middle school. The boys’ middle school has its own freestanding facility and was fully funded.

Middle-school girls in general need lots more support. As the classic book on the topic, "Reviving Ophelia: Saving the Selves of Adolescent Girls," makes clear, this a time of special vulnerabilities for girls, and one way we can shore them up is with solid buildings and a strong show of interest in their intellectual capacities.

So I knew we owed it to these girls to do better.

But I never considered making this kind of gift at this time in my life. This is the kind of gift that one gives in their 80s or after death. It was definitely what I term "a gulp gift."

The head of the schools called me and said that if they did not receive a leadership gift then the entire project–in planning for over a decade–would not be possible. The woman, Arlyce Seibert, had been at the school since I attended and I had the utmost respect for her and her work.

My husband encouraged me to give this gift. He said he knew how important the school was to me and to our children and that I should take the lead. I would never have done this without his support.

I wanted to remain anonymous initially but was convinced to step forward and even have the school bear my name.

I had no intention of having the facility named after me but I wanted to provide incentive for others to give as well.

Ultimately, the five largest gifts to the campaign for the entire Cranbrook Educational Community–which includes a graduate school of art, a science institute and an art museum–have been given by women and total over $35 million.

How is that for the power of women!

Graduated With Sense of Debt

Of course when I was between 4 and 18 and going through the Kingswood-Cranbrook school system, I had no idea of ever being fortunate enough to be able to give back in this manner. But I certainly knew by the time I graduated that I would forever be indebted to the school.

One of the great lessons taught at Kingswood is obvious in its motto: "Enter to Learn, Go Forth to Serve."

Public service is integral to education. The school has a Horizons-Upward Bound program and nearly half of the students receive some form of financial aid, so it actively works against a rarified atmosphere or attitude.

I also learned the concept of service at home through the example of my father, Max Fisher.

Dad was born in Pittsburgh in 1908, grew up in Salem, Ohio, and was the son of Russian immigrant parents who came to these shores penniless but determined to make their way. So his roots were humble.

But like so many of his generation, he was determined to become successful and to be part of the American dream, which he achieved, probably beyond his wildest dreams.

By the time Dad was in his mid 50s, he was a civic leader in Detroit, had built up and sold his company, and had decided to dedicate the rest of his life to being a philanthropist and giving back to the community and country where he realized his success.

I was born late in his life–he was 47–so from my earliest memories he was already involved in community service. In Detroit, after the riots in 1967, he worked with black community leaders to help bridge the divide through the creation of New Detroit, Inc.

He also helped create and empower many community organizations.

He believed strongly in the importance of Israel as a place for the Jewish people and helped with the reconstitution of the Jewish Agency.

Taking care of your own community was very important to him. In 2003 the Max M. Fisher Music Center at Orchestra Hall, the home of the Detroit Symphony Orchestra, opened. He had donated $10 million for the $60 million project.

He also gave back to Ohio State University, giving to the Max M. Fisher Business School, where he attended on a football scholarship.

Dad Was ‘The Quiet Diplomat’

He was a diplomat behind the scenes in the Nixon, Ford, Reagan and Bush administrations as a book about him, called "The Quiet Diplomat," describes.

He ultimately became a leader with a national and even international reputation, but one thing he said I would never forget: "You can’t be a leader nationally unless you are a leader in your own home town."

He lived that maxim. To the end of his life he was loyal to Detroit. And to the end of mine I will be loyal to Kingswood, where so many of my values were forged.

My mother provided another powerful example.

So my mother did that, and her willingness to share her journey gave my siblings and me another example of public service.

My sister, Mary Fisher, the AIDS activist, has written and said publicly that she could not have become the advocate she is today for HIV-AIDS awareness without the precedent that my mother set.

My hope now is that my gift can motivate my peers and serve as an example to my own children, who are now making their way in the world.

I have three children, two wonderful sons and an exceptional daughter.

I want to focus on my daughter, Caroline, because so much of my motivation in giving to the Kingswood Girls Middle School project comes from the belief that Kingswood–and separate education for girls–has raised the education of young women to an extraordinarily high level.

Caroline is now 27 and is finishing her master’s degree in fine arts from the Institute of Fine Arts at New York University. She is already involved in the community as one of the youngest board members of the Fresh Air Fund, which enables disadvantaged children in the New York area to have a summer camp experience.

Julie Fisher Cummings is managing trustee of the Max M. and Marjorie S. Fisher Foundation, a $250 million family foundation endowed in 2005 at the death of her father. 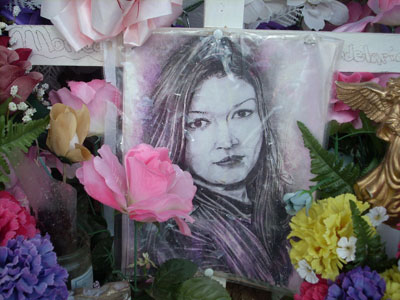 After Gaining Financial Savvy, Now She Funds It