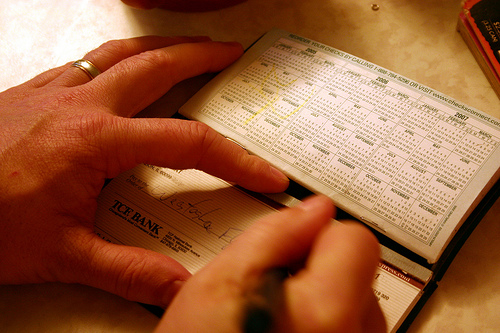 On the biggest day of gift giving in the year, Carol J. Andreae talks about her decision to give generously and publicly to women and girls. With more than half of U.S. financial assets under female control, she encourages other women to do the same.

(WOMENSENEWS)–This is, in many ways, a coming-out story.

I’m going to break a taboo and talk about money, specifically about giving money.

In my family, we grew up with strong messages that you don’t talk about money and you certainly don’t flaunt it, particularly if you are a woman.

But this year, I decided that, if I wanted to make a difference, I needed to break that taboo. I decided to pledge $1 million to the Women’s Fund of Central Ohio, a cause I believe in deeply, and to make the pledge public in the hope that other women will see themselves in my story and realize they too can make a difference. I have seen what happens when women with considerable financial resources talk openly about the commitments they’ve made. By speaking out, and coming out in this way, I hope other women will feel freer to do the same.

My story actually begins after my graduation from Smith College in 1967. When looking for a job, I was repeatedly asked, "Can you type, honey?" I knew my male counterparts were not being asked that question. That’s when I became aware of women’s issues and I’ve been interested in them ever since.

I believed then, as I believe now, that our world is out of balance; feminine voices have been unheard, undervalued and in some cases, unexpressed. While women have made strides, scanning a nightly TV newscast proves that images of powerful people, whether business or government leaders, are still predominantly male.

When one part of the whole is suppressed, we all suffer the consequences. My vision is about empowering women so that the whole community benefits. For example, microfinance for women isn’t just benefiting them; it’s benefiting their families and their communities.

But it would be years before I came into a family inheritance and could fund serious change with serious dollars.

It wasn’t difficult to identify the Women’s Fund of Central Ohio as my "investment of choice."

In its short five years, the Women’s Fund has already made a difference in the way the community thinks about issues affecting women and girls. Our focus is on social change rather than social service, specifically in women’s leadership, economic self sufficiency, life skills for girls and creating awareness that everyone can be a philanthropist.

Our grants, which total more than $500,000 in only four years, are already helping women and girls turn their lives around. This was a natural fit for me. One aspect I particularly value is the idea that we are all coming together to create social change. Not everyone can give at my level, but it is the collective power of all of us, whether giving $100 or $1 million that will make the difference.

Contributing large amounts crept up on me. I made my first pledge of $50,000 three years ago. It felt scary to reveal myself even in this way, but also powerful. I also thought about leaving a large bequest in my will.

Then last spring I went to a meeting with a group of donors convened by the San Francisco-based Women’s Funding Network, a global organization of funds like the one in Ohio.

Women’s funds have proven that solutions to community problems often arise out of the wisdom, knowledge and leadership of women at the front lines of social change. They have played a critical role by working with women affected by Hurricane Katrina, for example, and are formulating high-impact solutions along the Gulf Coast and in other areas, such as Birmingham, Ala., where a job-rich economy quickly absorbed many who were displaced.

At this meeting, I heard a woman say, "I’m having fun with my money. I’m giving now so I can have the pleasure of watching it make a difference." That shifted my thinking dramatically.

Putting My Name On It

After pledging my donation to the Women’s Fund of Central Ohio I allowed them to announce the gift, with my name on it.

According to the Women’s Funding Network, 51 percent of assets in the United States are now held in the name of women, resulting in a tremendous reservoir of power to fuel social change out of the banking and brokerage accounts of an unprecedented number of women.

It is imperative that women with wealth begin to take possession of that power to fuel serious change, and to do so in a way that is public. They say that "Anonymous" was a woman. For too long this has been true in philanthropy.

Part of it, I believe, comes from many women’s distaste for seeming to assert themselves over others through money. Many of us, I believe, prefer the feeling of connection rather than dominance over other human beings. The kind of philanthropy I’m advocating is compatible with that attitude. It’s not about power over, but power for.

Women’s Rights Are Her Family Gifts To Pass Along

Giving to Women and Girls Is Her Liberation