"Because I am a Girl," a new report released by Plan International Australia, says that educating and investing in girls is one of the best ways to end global poverty. The report, released on September 22, found that women reinvest up to 90 percent of their income into their family and children, compared the 30 or 40 percent that men would reinvest, ABC News reported.

"We know from extensive research that mothers . . . are more likely to spend their income on the welfare of their household, so creating the conditions for the next generation to move out of poverty," the report says. Plan International Australia is a branch of Plan International, one of the world’s largest community development organizations.

Since 2007, Plan International has been studying 140 girls from nine countries across the developing world. They have been following them from birth and will continue to do so until 2015, at which time the Millennium Development Goals–a set of U.N. targets for eradicating world poverty–are scheduled to be met.

"The stats show that the extra year of study of school results in 10 to 20 percent higher income," he told ABC News. "If you start multiplying that through five or six years of high school, it has a dramatic effect."

However, he added that report documents that many countries retain the belief that girls are not as important as boys, making it difficult for girls and women in developing countries to obtain an education and move on to employment. The study says that the economic prospects for girls in these countries are poor, facing more job losses, being removed from school and even being forced into child labor or the sex trade due to the economic downturn, Australia’s WA Today reported.

A new survey confirms that the recession is impacting American women’s reproductive health choices. Called "A Real-Time Look at the Impact of the Recession on Women’s Family Planning and Pregnancy Decisions," it found that 44 percent of women wanted to delay pregnancy or limit the amount of children they have because of economic concerns due to the recession, the Washington Post reported. The survey, released on September 23 by the New York-based Guttmacher Institute, a nonprofit reproductive health research organization, looked at approximately 1,000 low- and middle-income sexually active women in the U.S.

The recession has also impacted women’s reproductive health in other ways. For half of the 44 percent of women wanting to delay or limit pregnancy, the recession heightened their focus on effective contraceptive use, which has become an economic hardship. In the past year, about one in four women put off reproductive health medical visits to cut costs; the same proportion reported having more difficulty paying for birth control.

"Unfortunately, while delaying a prescription refill or skipping pills may save women money in the short term, it increases their risk of an unintended pregnancy and results in greater costs related to abortion and unplanned birth later on," Dr. Sharon Camp, Guttmacher president and CEO, said in a news release by the institute.

The study also found that in the past year, over 25 percent of the women surveyed or their significant others have lost employment or health insurance, and that nearly half of the women that don’t want more children were thinking more about sterilization.

An anti-choice campaign called "40 Days for Life" was launched on September 23 in over 200 cities, including 45 U.S. states, 5 Canadian provinces and Denmark. The campaign is expected to reach at least 212 communities. During the 40-day period, demonstrators will fast and pray outside of women’s health clinics and organizations such as Planned Parenthood. "If these extremists were truly worried about preventing abortion, they would work with Planned Parenthood of Montana to support proven prevention strategies and not spend the majority of their energy on this intimidation tactic," Stacey Anderson of a Montana-based Planned Parenthood told Montana News. 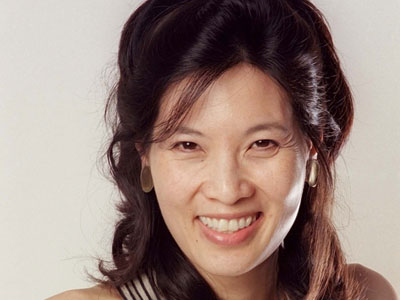 Employee Free Choice: Let’s Do It for ‘Norma Rae’