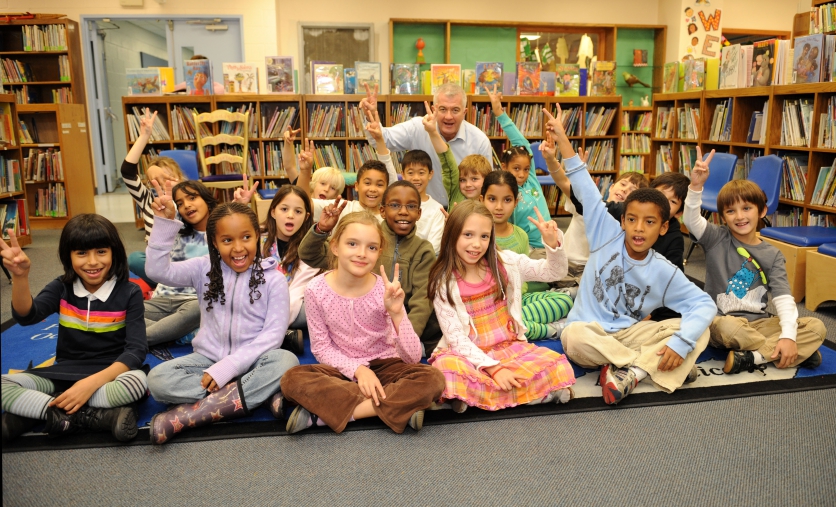 A 9-year-old girl’s response to the all-male White House portrait gallery spurred a quest for 35 young women who could join the presidential lineup. Excerpted from the introduction of “She’s Out There! The Next Generation of Presidential Candidates.”

(WOMENSENEWS)–"Where are all the women?" asked 9-year-old Alexandra Desaulniers when visiting the White House portrait gallery. Her mother explained, "There are no portraits of women here because there haven’t been any female presidents yet." That’s the moment Alexandra decided she wanted the job.

After hearing this story, I realized there must be a lot of young women out there thinking about running for president, and I wanted to know who they are!

What I found out is that more and more American women are choosing to pursue careers in public service and they’re deciding to do so earlier and earlier in their lives. There may be disproportionately few high-profile female politicians in America today, but not for long.

While women currently make up only 14 percent of governors, 17 percent of the House, and 17 percent of the Senate, women are starting to fill, in greater numbers, the ranks of local and state political offices. This seems only logical since women make up 51 percent of the U.S. population. They are building a platform from which they will get to the higher positions.

But what we do know is that it’s inevitable. She’s out there somewhere. Who is she? What is she like?

To find out, I worked with the New York City-based research firm Fresh Perspectives and the nonprofit women’s organization The White

House Project to collect essays from young women nationwide who want to be president some day.

My co-editor Heather Ogilvie and I chose the 35 best essays and traveled the country with award-winning photographer Robert A. Ripps to meet the young women. Robert took photos of the essayists in local settings that reflect their commitment to public service.

This collection of essays reveals what drives the political ambitions of a younger generation of American women and reveals their vision for our country.

These outspoken girls and women, all between 5 and 35, represent our country’s next generation of female political leaders. (I chose 35 essays because this is the minimum age a U.S. president must be.)

The women in these pages are from 20 states and diverse ethnic and socioeconomic backgrounds.

They voice opinions from across the political spectrum. Two of the essayists–Agxibel Barajas and Jennifer Abraczinskas–are also featured in a 2008 documentary on women’s leadership, "What’s Your Point, Honey?," that I directed and produced with Susan Toffler.

The film paints portraits of seven possible future presidential candidates at a pivotal moment in history when the most viable female candidate ever was running for the highest office in the land. The movie shows that political equality is not about one, breakthrough candidate; it’s about hastening the day when just as many women grace the presidential debate podiums as men. On that day, the nation as a whole will "get beyond gender to agenda," as Marie C. Wilson, founder and CEO of the White House Project, says.

In one chapter, called 35 Current Leaders, I list 35 women currently serving in public office who have caught my eye as being potential future presidential candidates. I asked them what advice they would give to younger women considering a career in public service.

Finally, I list the women’s groups and political organizations that can help young women who are interested in politics.

My hope is that the essays collected in this book will not only inspire other young women to speak out about issues that affect them and to pursue public office, they will also give readers a sense of the direction female leadership is likely to take our country in the future.

So take a look at these 35 young women–I think we’ll be watching them for a long time.

Amy Sewell is a documentary filmmaker ("Mad Hot Ballroom," Paramount, 2005; "What’s Your Point, Honey?" iTunes/Amazon, 2009). She is also the founder and director of Give It Up for the ARTS!, a nonprofit organization with the primary goal of exposing at-risk kids to the arts. Heather L. Ogilvie has edited collections of essays by political, business and financial leaders for publishers such as Bloomberg Press and Thomson. She has edited books and periodicals in the fields of education, health and business. Their book, "She’s Out There! The Next Generation of Presidential Candidate," will be available on June 13 at any Barnes and Noble location or on Amazon.com.