(WOMENSENEWS)–These are challenging times for America’s families. One in 4 Americans, or about 23 percent of those surveyed in a recent Gallup Poll, report that they are "very worried" about keeping up with their monthly bills over the next six months. That’s up from 19 percent a year ago and 15 percent in March 2007.

And while many of us are working harder than ever to keep pace under the current economic pressure, workplace duties are not the only duties we have.

Family responsibilities await us at home. That is why we must pass the Healthy Families Act, introduced in the 111th Congress on May 18 by Rep. Rosa DeLauro, Democrat of Connecticut, and Massachusetts Sen. Ted Kennedy, also a Democrat.

Workers still get sick. Children still get fevers and runny noses. Mom or Dad still needs to take them to the doctor or just stay by their bedside to nurse them back to health. No matter how dedicated workers are to hanging on to their jobs at all cost, the need to occasionally take time away from work never goes away–not even in a tough recession, not even when jobs are this hard to come by.

Unfortunately, nearly half of private sector workers in the United States don’t have a single paid sick day to care for themselves. Additionally, nearly 100 million Americans get no paid time off to care for an ailing child or an aging parent.

While this is an issue for all workers, the reality is that women, or "wives," have historically been tasked with the family care-giving responsibilities–and most families do not have a "wife" at home these days.

The numbers speak for themselves. According to a 2007 report by the Multi-State Working Families Consortium, "Valuing Families: It’s About Time," less than 6 percent of all women in the U.S. were in the work force at the turn of the century. By 1950, that number had climbed to 24 percent; by 2000 to 60 percent.

Meanwhile, the number of single parents–mostly women–has also mushroomed and single mothers are working many more hours than they have in past years. Why? The Valuing Families report attributes this to pent-up demand among women for career opportunity and economic independence–and economic necessity. Simply put, over the last 35 years women’s increased work and earnings has been the only avenue for many families to attain or maintain economic self-sufficiency.

Though the flood of women into the work force has been beneficial, it has raised an obvious question for families: how to provide all the care, support and supervision that children need without jeopardizing family economic self-sufficiency. For working women without paid sick days, occasionally staying home when a child is ill could mean the loss of a day’s pay, or worse, the loss of a job.

It’s a terrible choice that strikes fear in the hearts of all workers; a fear grounded in workplace reality.

Consequences of Time Off

In a 2006 survey, conducted by the Center on Work Life Law at the University of California’s Hastings College of the Law, 1 in 6 workers said they or a family member had been fired, suspended, punished or threatened by an employer for taking time off to care for themselves or a family member when ill.

This is all highly counterproductive.

Healthy workers are key to a healthy national economy.

Paid sick days reduce the business costs of turnover, absenteeism and lack of productivity when workers are sick on the job. In fact, if workers were provided just seven paid sick days annually, according to information released by the National Partnership for Women and Families in 2008, our national economy would enjoy an annual net savings of more than $8 billion.

Healthy workers also contribute to a healthy public. As public health experts and our own government have repeatedly warned as we contend with H1N1 swine flu, sick workers can protect public health by staying home. But they shouldn’t have to pay the awful price of job loss and family financial instability to do so.

For all these reasons we need to pass the Healthy Families Act.

In the last three years, paid sick days legislation has passed in three cities: San Francisco, the District of Columbia and Milwaukee, where implementation is being held up by legal challenges.

This year, there are 15 active paid sick-days state campaigns. But what America needs most in these tough economic times is federal policy like the Healthy Families Act.

A broad coalition of women’s, civil rights, health, children’s, faith-based and labor organizations supports the act. It has more than 100 co-sponsors in the U.S. House, strong leadership from Ted Kennedy in the Senate and the steadfast support of the White House.

In accepting his party’s nomination last August, President Obama said, "We measure the strength of our economy by whether the waitress who lives on tips can take a day off and look after a sick kid without losing her job." Later he reiterated, "Now is the time to help families with paid sick days, because nobody in America should have to choose between keeping their job and caring for a sick child or an ailing parent."

Congress must pass the Healthy Families Act. The President must sign it.

We must ensure that all families have the tools to be as healthy and as economically self-sufficient as possible as we move toward recovery in the days ahead. 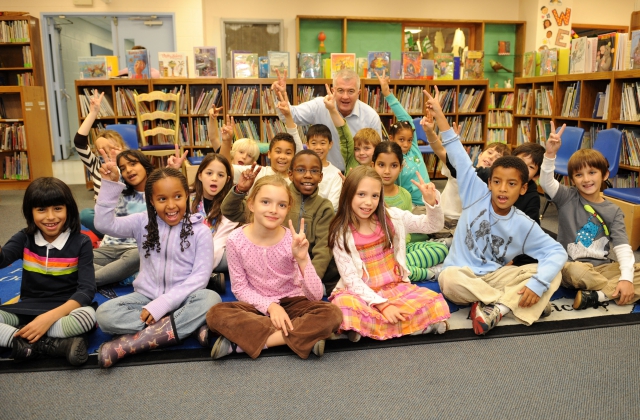