It may be national awareness month for sexually transmitted disease, but Malena Amusa has had the topic on her mind for more than a year as she upholds her commitment to staying STD-free.

And it’s been a bit over a year since I declared my being black, beautiful and celibate.

At the time I was working in Manhattan and horrified by the statistics about sexually transmitted disease, especially among black women.

Though black women make up 6 percent of America’s population, in 2008 we accounted for 64 percent of the country’s HIV/AIDS cases diagnosed among women, the Centers for Disease Control reports. HIV infection is the leading cause of death for black women aged 25-34. And half of black female teens, compared to a 4th of their white counterparts, have come into contact with a sexually transmitted disease.

I decided to announce my intention to avoid sex in a city of one-night-stands online, among friends, as a form of protest and self-affirmation.

My "celibacy project" was such news and mocking fodder for my friends, that it got me on the Tyra Banks Show, a TV show based in New York. Afterwards, the show invited me to write a weekly blog about my quest on the show’s Web site.

Reader comments made me realize I was no oddity. "OMG! Malena you and I have so much in common." I got that message, in one form or another, many times.

Many young women of color embrace celibacy to take control over their lives, to reassert our statistical chances of dodging infection.

Last year, when I proclaimed my celibacy project, I was turning 24 and figured I was truly lucky to be STD-free. I needed badly to ensure this record.

But I can’t say I’m still pushing the public celibacy program. These days, my private life is once again a bit more private.

But STDs, on the other hand, need to be talked about often and as openly as possible.

For black women that’s particularly true. We need to face the statistics, be passionate about our right to excellent health, ask many questions, and know our partners extremely well.

We also need to widen our social borders.

While button-down prevention promotes shrinking sexual networks and selecting one monogamous partner, for black women, that can pose some risks.

"If you’re a black woman and select a black man, then your probability of encountering genital herpes is 37 percent," says a New York health department director, Dr. Julia A. Schillinger. She was lead author of the city’s 2008 genital herpes survey that found half of black women in New York City herpes positive. On the other hand, a white woman sleeping with a white man has a 10 percent chance of contracting genital herpes.

A tight-knit, at-risk social and sexual network can mean that when a disease is spread, it’s at once widespread.

In a 2003 HIV study conducted by the Centers for Disease Control, researchers asked HIV-positive or at-risk people in nine cities recruit friends in their social and sexual networks for testing.

Out of 814 recruits, 6 percent of them tested positive for HIV. That’s a rate way above the national average of less than half a percentage point for the 1999-2006 period.

In an article on teens and STDs for the Dallas Mornings News, health reporter Kai Wright quoted one AIDS activist as putting it this way: "the more sharks swimming in my section of the water, the more likely I am to get bitten."

"Shark" theories have emerged to explain why black teens have safer and more sober sex than any other demographic group yet still account for more than half of STD rates among teens.

Researchers are looking at how black teens’ disproportionately high rates of infection are connected to small, intimate, social networks.

Data continue to show that the size and cultural depth of a woman’s social network correlates to her STD risk.

So all of us should think this through and talk openly about strategies for keeping safe.

Talking to our prospective partners and other women is one way black women can slow down the course of infections that sometimes seem to be barreling headlong in our direction.

Let’s be purposeful about prevention and get the word out.

Malena Amusa is a reporter finishing a book about black women living in Delhi. 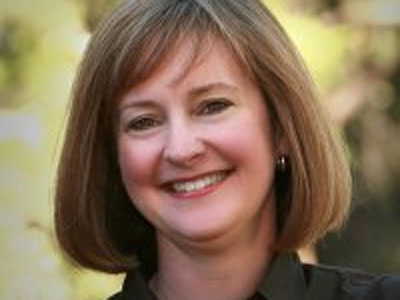