The bad news is that so many people are losing their jobs. The good news, says Mimi Abramovitz, are three new rules about jobless benefits in the Obama stimulus package that are bound to help women and correct a major gender bias.

(WOMENSENEWS)–You may have missed this!

After years of facing discrimination by the nation’s unemployment insurance program, women stand to disproportionately benefit from three new rules in the American Recovery and Reinvestment Act signed by President Barack Obama on Feb. 17. Popularly known as the stimulus package, the law provides the states with substantial financial incentives to “modernize” their unemployment insurance systems by closing major gaps that have denied benefits to more than 500,000 people, including many women.

Here’s how women gain; in addition to a temporary hike in the amount of the jobless benefit for all workers and a new dependent’s allowance:

These three reforms–among others that are not of special value just to women–are long overdue given that the old rules were written for a work force that lawmakers imagined had very few women.

Today women make up about half of all paid workers and two-thirds of the part-time work force. Wives bring in more than one-third (35 percent) of their families’ total income–40 percent in African American households–and many women support families on their own.

The National Employment Law Project has reported that under the old, outmoded rules, unemployed men were more likely to receive benefits than unemployed women in 41 states.

This male-female gap dates to the start of the unemployment insurance program, which Congress included in the 1935 Social Security Act, to assist workers who lost jobs during the Great Depression.

Biased From the Start

At the time, the mostly white male lawmakers assumed that wage-earners looked like them. The truth is that even in the 1930s many women worked to help make ends meet, especially those raising children on their own and women of color. Nonetheless, the joint federal-state unemployment insurance program excluded farm workers and domestic workers, the two main occupations open to women and men of color at the time. Unemployment insurance gradually included domestic and farm workers.

It took a second major economic meltdown, however, to correct the gender bias.

Before the Obama administration liberalized the jobless qualifications, workers had to show a strong “attachment to the labor force” that was measured by wages earned and hours worked. They had to earn sufficient wages over an 18-month period that excluded their most recent earnings and could not be seeking a part-time job.

Women lost out because these rules reflected and supported male work patterns that by definition penalized women. The hidden assumption–that low earnings and fewer hours of work reflected a weak commitment to work–disadvantaged women who receive less pay and work fewer hours because they still bear the brunt of family responsibilities.

According to the Institute for Women’s Policy Research, most states considered women who left work to relocate with a spouse moving to a new job, to care for a disabled child, to refuse a shift change that made it impossible for them to find child care, or who left work because of domestic violence or stalking to have “voluntarily” quit and therefore were ineligible for benefits. But how “voluntary” is it when family obligations and fear of violence leave women no other choice?

In Texas women are three times as likely as men to become unemployed because of family responsibilities. About one-fifth of unemployed women nationally have left their last job for these kinds of reasons compared to only 6 percent of unemployed men. Yet women who fall though the cracks are least prepared to handle job loss. With limited savings to cover housing, health care and other basic necessities they are highly vulnerable to irreversible hardship and the vagaries of limited government programs that serve the nation’s destitute.

By the mid-1970s some states, faced with pressure from the women’s movement on these issues, slowly began to weaken or eliminate some of these sexist rules, but with only partial success.

Only 16 states allow workers to leave for good cause and qualify for unemployment insurance due to family responsibilities.

Only 28 states and the District of Columbia provide benefits to workers who must leave a job due to domestic violence.

And 33 states still deny unemployment benefits to spouses forced to leave their jobs as a result of a family move.

The unemployment insurance modernization features of the stimulus package delivered a sea change aided by 44,000 letters of support sent to Congress by MomsRising, an online group of mothers organized to fight for family-friendly policies.

Many of the modernization changes are hugely significant for women. To claim its full share of the $7 billion in federal recovery funds a state has to show the secretary of labor that it has already altered its unemployment insurance program along the right lines or agree to adopt new rules that will grant jobless benefits to hundreds of thousands of unemployed workers currently not covered by the system.

Some 31 states now have to change their unemployment insurance laws to take advantage of the millions of dollars in new jobless benefits. While some updated their laws prior to the stimulus bill, on March 12, Iowa became the first state to pass legislation allowing it to join the program. A dozen other states have expressed interest in adopting the new rules. States that choose not to comply with the new rules risk forfeiting some or all of their unemployment insurance modernization incentive grant, although by law recalcitrant governors may be overridden by the state’s legislature, as might happen in Louisiana.

By recognizing the needs of a changing labor force, the newly minted unemployment insurance rules will help women to escape lasting financial hardships caused by job loss. However because states only have to adopt two of four modernization rules to qualify for the full incentive payment, women need to be vigilant to ensure that their states select the new rules now free of gender bias.

It is fortunate for women that addressing gender bias in the jobless benefit program became one of the most effective ways to help jumpstart the economy. The National Employment Law Project calculated that each dollar of unemployment insurance benefits spent by workers and their families yields $2.15 in economic growth and preserves over 130,000 jobs.

Obama’s “New New Deal” for the unemployed is a great deal for everyone.

Mimi Abramovitz, the Bertha Capen Reynolds professor at Hunter College School of Social Work, is author of “Regulating the Lives of Women: Social Welfare Policy From Colonial Times to the Present;” the award-winning “Under Attack, Fighting Back: Women and Welfare in the U.S.;” and co-author of “Taxes are a Women’s Issue: Reframing the Debate.” She is currently writing “Gender Obligations: The History of Low-Income Women’s Activism since 1900.” 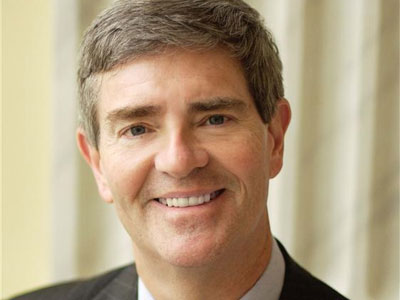