Schakowsky: Pushing for More After Ledbetter

Rep. Jan Schakowsky is hoping for a “big change moment” to tackle women’s concerns. Even so, a bundle of bills propose incremental reforms that could add up. Sixth in a series on members of Congress who are advancing issues raised by the WeNews Memo.

WASHINGTON (WOMENSENEWS)–In June, Michelle Obama made a last-minute decision to take time out of her campaign schedule to speak at the annual fundraising luncheon for the National Partnership for Women and Families, a nonprofit organization in Washington, D.C., that lobbies for workplace fairness and balance.

It was an auspicious sign that the group would have a key ally in the White House if her husband, Barack Obama, won the presidential race.

Now first lady, Michelle Obama has appointed Jocelyn Frye, formerly the general counsel for the National Partnership, to be her policy director and has pledged to use her position to help working women balance responsibilities to their careers and families.

Michelle Obama has not publicly laid out a work-family legislative agenda; a spokesperson did not return a call for comment.

But the president supports legislation that would narrow the gender pay gap, lower the cost of child care, encourage companies to offer flexible work schedules, protect workers with caregiving responsibilities from discrimination and expand leave benefits to employees.

Efforts to tackle these problems have come up short in recent years, partly because President Bush opposed many of them.

If you have trouble viewing this video, please go to:
http://www.youtube.com/watch?v=Na0MPdCfYGM

But with a new president and first lady championing work-life balance issues–and with Democrats in firmer control of Congress–lawmakers and advocates see the possibility for major change on the horizon.

"I have every hope this is one of those moments, those big change moments," said Rep. Jan Schakowsky, an Illinois Democrat who is the new co-chair of the Congressional Caucus on Women’s Issues, a bipartisan group of female lawmakers in the House of Representatives. "I don’t see change happening in small increments."

Schakowsky spoke to Women’s eNews in a recent interview. She addressed these and other issues at a panel discussion sponsored by Women’s eNews at the Democratic National Convention in Denver last August.

Prospects for work-family legislation this congressional cycle are uncertain because of the recession, which curtails federal tax revenues and makes money for discretionary programs harder to find, said Heather Boushey, an economist at the Center for American Progress, a think tank in Washington, D.C.

Also, massive budget and health care initiatives are coming down the legislative pike and could push work-family measures farther down the to-do list.

Still, she said there’s reason to believe Congress will act on behalf of working women, and cited as proof the Lilly Ledbetter Fair Pay Act, signed into law by President Obama in January. It effectively reverses a 2007 Supreme Court ruling that made it more difficult to sue for wage discrimination.

Meanwhile, women’s rights advocates have their eye on legislation that would expand employees’ rights to take temporary leave from work to take care of themselves or family members.

They frame the initiatives as a matter of economic security that will help employees–especially women–keep their jobs if they or a family member falls ill or if a new child arrives.

These kinds of benefits are especially necessary during economic downturns, said Debra Ness, president of the National Partnership for Women and Families.

Women often bear the brunt of recessionary periods because they earn less than men, have fewer benefits, and are more likely to have part-time positions that often do not allow them to qualify for unemployment insurance. Because they earn less money overall, women also save less and have smaller pensions or retirement accounts.

"More than ever it is critical that we have policies that don’t add to that struggle," Ness said.

Proponents counter that argument by saying that companies would save costs by reducing turnover and retaining trained employees.

Under current law, companies with more than 50 employees are required to offer workers up to 12 weeks of unpaid leave to care for themselves or a family member after the arrival of a new child or in cases of a serious illness.

The law applies to about 60 percent of the nation’s employees and does not cover short-term illnesses, according to a study by the Department of Labor in 2000. Nor does it require paid compensation during absences; consequently, many eligible employees cannot afford to take advantage of the benefit.

A number of bills are percolating in Congress that would expand workers’ leave benefits, but one in particular–the Healthy Families Act–has drawn lawmakers’ and advocates special attention, according to Ellen Galinsky, president of the Families and Work Institute, a think tank in New York that studies changes in the workplace.

Sponsored by Rep. Rosa DeLauro of Connecticut and Sen. Ted Kennedy of Massachusetts, the bill would give most workers up to seven paid days off to care for themselves or for family members in case of minor illness.

Most observers think the paid sick-day provision has the best chance of becoming law this cycle, Galinsky said; however, passage is not assured.

Economic Pressure to Move Bills Ahead

However, the economy could also push the bill forward. "As you get more women in the work force, which is what’s happened in the downsizing that’s happened, these issues are going to have more salience. There’s a little bit more pressure" to pass this bill, she said.

Advocates also are pushing for a number of other bills that would expand workers’ leave benefits.

One measure, introduced in the last Congress by Democratic Sen. Chris Dodd of Connecticut, would expand current leave law so workers could take up to eight weeks of paid leave to care for themselves or their family members.

That sort of incremental change could come in a measure to provide federal employees with four weeks of paid leave after the birth of a child. New York Rep. Carolyn Maloney introduced the bill–called the Federal Employees Paid Parental Leave Act–in January.

And the House passed a bill earlier this month to make a technical fix to the Family and Medical Leave Act to make it easier for flight attendants and other airline employees to qualify for unpaid leave. Because some airline employees don’t work a typical 40-hour work week, they have trouble qualifying for the unpaid leave benefit.

Meanwhile, on the other side of Pennsylvania Avenue, President Obama could reverse regulations authorized by President Bush that made it more difficult for employees to access their leave.

"There’s no reason to think he isn’t interested in reversing" Bush’s regulations, Ness said, noting that Obama is a "strong supporter" of workers’ leave benefits. 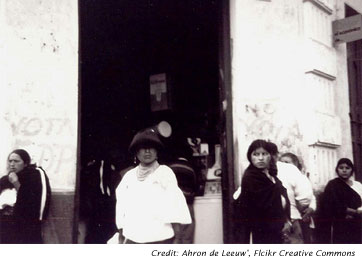