Women’s Caucus Puts Health at Top of Its ’09 List

The Congressional Caucus for Women’s Issues is lining up a solid bipartisan roster for the next session: female heart disease, human trafficking, sexual and domestic violence, women in the military, a backlog of DNA evidence in rape cases.

WASHINGTON (WOMENSENEWS)–Rep. Jan Schakowsky of Illinois, the incoming co-chair of the Congressional Caucus for Women’s Issues, knows that the group’s bipartisan composition makes it difficult to set legislative targets.

When every woman in the House is automatically part of the group, sizzling partisan issues such as abortion and universal health insurance are off limits.

But Schakowsky, a close ally of Speaker of the House Nancy Pelosi of California, says the group heads into the next session confident that a larger-than-ever membership thanks to the November elections will help power along its agenda. She said the group’s top priority is expanded funding and support for research and treatment in women’s health matters.

Schakowsky and Rep. Lois Capps, a California Democrat and co-chair of the outgoing caucus, plan to reintroduce a bill to address heart disease, the leading cause of death for U.S. women. The legislation passed the House in the previous session but was not taken up by the Senate.

The women’s caucus is expected to again back the heart disease bill, which would require extensive research on heart disease in women; implementation of a nationwide educational campaign; and development of national heart disease screening program for women.

Schakowsky and Rep. Mary Fallin, a Republican from Oklahoma, were elected bipartisan co-chairs in December by the members of each party.

Members also plan to focus on legislation on equal pay, human trafficking, sexual and domestic violence against women, women in the military and the backlog of DNA evidence in rape cases, said Rep. Gwen Moore, a Wisconsin Democrat who will serve as the next caucus vice chair.

Pressing Ahead on Pay Bias

Last year the caucus backed the Lilly Ledbetter Fair Pay Act of 2007. The bill, which failed in the Senate, sought to reverse the Supreme Court decision in Ledbetter v. Goodyear Tire and Rubber Co. and ensure that federal laws provide more comprehensive protection to individuals subjected to unlawful pay discrimination.

Another failed measure that also won caucus backing in the last cycle was the Military Domestic and Sexual Violence Response Act. It aimed to prevent, prosecute and treat sexual assault in the military, which occurs at higher rates than in the civilian population.

A notable caucus victory in the last Congress was the passage of the Genetic Information Nondiscrimination Act of 2008, which bars discrimination in health insurance and employment based on genetic data.

The bill offered special protection to women because the most widely available genetic tests are for diseases and conditions that primarily affect women, according to the Washington advocacy group National Partnership for Women and Families.

Caucus members also won a key victory for military families by backing a law that gives a family member up to 26 weeks a year off to care for a service member with serious duty-related injuries. Some 130,000 military personnel are expected to take advantage of the new law. Previously, only 12 weeks of unpaid leave was allowed and relatives such as parents and siblings were not eligible even if they were the closest living kin of a wounded soldier.

Adding to the Ranks

The 2008 election added four new caucus members, which brought the total membership to 78, including three delegates from U.S. territories. In 2006 the caucus had 68 members. All women in the House–except the speaker–are expected to join the caucus when the new Congress convenes Jan. 6.

The women’s caucus is one of the largest in Congress, outnumbered only by the party caucuses in each chamber.

Its membership outnumbers higher-profile groups such as the Blue Dog Coalition, a caucus of fiscally conservative Democrats, and the Congressional Progressive Caucus, a group of liberal Democrats, which currently has two female co-chairs, California Reps. Lynn Woolsey and Barbara Lee.

"We’re strong and getting stronger each cycle because our numbers are growing," Schakowsky said. Members or their staffs regularly attend the monthly caucus meetings that focus on issue briefings.

Fallin, the Republican from Oklahoma, has co-chaired the Women in the Military Task Force where she urged aggressive prosecution of sex crimes against women, the creation of programs to help women suffering from sexual harassment and from combat-related stress. She also has supported an investigation of military policies related to motherhood, especially maternity leave.

"We have more women than ever returning from military service abroad and they face their own unique problems while deployed and as they transition back into the work force," Fallin said. "This caucus will be behind them 100 percent."

No formal women’s caucus exists in the Senate, but the 17 female members of the body–13 Democrats and 4 Republicans–will hold their first formal meeting in January. The Senate meetings will be hosted by the most senior female senator and unofficial dean of the Senate women, 72-year-old Sen. Barbara Mikulski, a Democrat from Maryland.

"The women senators have a saying: ‘We’re not a caucus, we’re a force,’" said Mikulski in a written statement to Women’s eNews. "We believe every issue is a women’s issue."

Mikulski said Senate women have not yet decided their legislative agenda. In the past they have met with military leaders to focus on the health needs of enlisted women.

In their meetings, the Senate women create a "zone of civility" where they work to find common legislative ground, often in areas such as women’s health and domestic violence.

Female senators, for example, teamed together to help pass such landmark bills as the Family and Medical Leave Act in 1993, which allows employees of large companies to take unpaid leave to care for themselves or members of their families; the Violence Against Women Act in 1994, which created federal programs to combat domestic violence; and the Breast Cancer Research Stamp Act in 2001, which helped fund research on breast cancer. 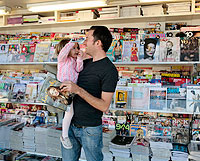