Medical Students for Choice has been working since 1993 to support abortion providers and de-stigmatize the procedure among medical students. As the supply of abortion providers dwindles, it sees its mission as more urgent than ever.

(WOMENSENEWS)–With instruments in one hand, hundreds of medical students took papayas in the other.

Inserting a speculum into the tapered end of the uterine-shaped pieces of fruit, they injected them with numbing medication and gently scraped away their seed-filled lining.

This, they learned at the 15th annual meeting of Medical Students for Choice, is how easy it is to perform an abortion, a procedure that many of their schools will never teach them.

“Abortion is a very basic medical procedure,” keynote speaker Alta Charo, a professor of law and medicine at the University of Wisconsin, told April’s gathering of about 400 medical students and providers in Minneapolis-St. Paul. “The U.S. has trained doctors in ignorance.”

Even though an estimated 35 percent of U.S. women will have at least one abortion by age 45, 87 percent of the nation’s counties currently have no provider, according to the New York-based Guttmacher Institute.

That dearth threatens to intensify, as 57 percent of abortion providers will retire within the next decade, according to Medical Students for Choice, and only 5 percent of U.S. medical students receive comprehensive sexuality education in women’s overall reproductive health, which includes understanding which medications can harm a developing fetus.

To help keep the training gap from getting worse, Medical Students for Choice works with institutions around the country to put students in programs where they can shadow abortion providers and learn about both medical and surgical abortion.

While doctors learn most surgical procedures during their hospital-based residency training, which follows completion of a four-year medical degree, this is often not the case with abortions.

Training is provided in less than half of family medicine programs and a dwindling number of internal medicine programs provide the training, said Lois Backus, executive director of Medical Students for Choice, a Philadelphia-based support group for medical students and abortion providers with 123 campus chapters and 10,000 members across the United States and Canada.

Some residencies have opt-in training, abortion electives or provisions for students to arrange their own training.

These opportunities, however, can be limited by a shortage of trainers, since Planned Parenthood clinics can’t possibly absorb the entire corps. Malpractice coverage off-site can also be prohibitive to medical students. Then there’s also the problem of students’ demanding schedules, which cut into the practical time they can devote to an optional piece of the curriculum.

A 1978 study revealed that 26 percent of medical programs required residents to perform first-trimester abortion procedures. By 1995, only 12 percent of programs provided routine, optional abortion training, according to the Guttmacher Institute’s most recent study.

Medical Students for Choice’s mission–to de-stigmatize abortion by raising awareness about the procedure as both a medical and moral issue–began in the 1990s, when anti-choice violence against clinics was taking its intended effect.

Amid clinic closures or stepped up security, many hospitals began prohibiting abortion in their institutions, which removed this clinical care from the training of medical students and residents.

Jody Steinauer and Junda Woo were among a group of medical students who formed Medical Students for Choice in the spring of 1993, a few months after Dr. David Gunn, a Florida abortion provider, became the first in a string of doctors to be killed by violent attacks on U.S. abortion clinics.

“Abortion is only a part of comprehensive reproductive health,” she said in a recent interview. “It is as important to be educated as to how to help women prevent unintended pregnancies as helping women terminate pregnancies that are unwanted.”

More than half of women receiving abortions use some form of contraception during the month they become pregnant, according to the Guttmacher Institute.

While contraception is taught to some degree in virtually all medical schools, Backus said general practitioners need more comprehensive education on effective contraceptive use in order to protect their patients. For example, many general practitioners do not know to caution their patients that St. John’s wort–an herbal treatment used for depression–decreases the effectiveness of birth control pills.

Miranda Balkin, a second-year student at the Albert Einstein College of Medicine in New York, agreed, saying that medical students learn more about sexual topics such as male impotence and infertility than abortion or contraception. As a consequence, many general physicians are ill equipped for assessing how medications they prescribe might interact with a patient’s contraceptives, she said.

Balkin said the strength of Medical Students for Choice comes from its unwavering mission and its refusal to take on political issues.

Its focus, she said, is clear and simple: ensuring women with a supply of doctors who know how to perform abortions.

“I think having control over your body is a fundamental right, the right for women to have children and take control of their health care,” said Balkin, who attended the annual meeting. “Providing abortion is a really concrete way I can help protect that right.”

But some of the group’s campus chapters, however, go beyond the purely clinical mandate.

At the Albert Einstein College, for instance, members work with organizations such as the Religious Coalition for Reproductive Choice, based in Washington, D.C., on public education and advocacy.

Rabbis and ministers alike have shared with the college’s students their reasons for supporting abortion provision within a religious context.

Chapters also invite providers and other speakers to their campuses.

“Medical Students for Choice members have the courage to take on the difficult question of reproduction, to really struggle with its ethics and the politics with grace and a sense of sacrifice,” said Dr. Melissa D. Fritsche, a first-year resident at Spartanburg Center for Family Medicine in South Carolina.

“The bottom line is who’s going to provide abortion?” Fritsche said. “Without providers there is no choice.”

K. Aleisha Fetters is a journalist and writer who currently studies journalism and gender studies at Northwestern University in Evanston, Ill.

This story, part of our New Writers Program, was funded by the McCormick Tribune Foundation. 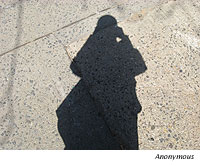