Hallmark is launching a women’s magazine that promises not to stress out readers or make them pine for perfection. Sheila Gibbons warns the effort may be ill-fated if advertisers aren’t ready for the female-friendlier content.

Advertisers and publishers who are constantly slicing and dicing the women’s market to see if there’s a new way to separate female consumers from their cash under the guise of enhancing their lifestyles say yes.

Hallmark Cards will wade into the women’s magazine stew Aug. 21 with the launch of Hallmark Magazine, whose executives pledge that it will have a different premise from other women’s magazines.

“Imagine a women’s magazine that will never once make you stress out about your health, your kids, your money, your marriage, the state of your closet or the size of your hips,” said Editor in Chief Lisa Benenson, formerly editor in chief of Working Mother and Working Woman magazines, in a statement on the magazine’s Web site.

“Imagine a magazine that’s about being real, not about being perfect; about enjoying your life and rejoicing in who you are. Hallmark is the first magazine that talks to women about the true substance of our lives–our families and friends, our homes and communities. Through the emotionally resonant, real-world storytelling that is the heart of Hallmark, the magazine offers reflection, inspiration and information on the things we do, the things we feel and the ways we live.”

If this sounds like the sometimes treacly sentiments found in many Hallmark cards, that’s to be expected; brand extensions typically adopt the traits associated with the original. Benenson doesn’t single out her potential readers’ work as being part of “the true substance” of their lives, an odd omission.

While Hallmark Magazine may live up to its claim to lift the female spirit and nourish the female soul like no other magazine before it, it is likely to be more the creation of clever marketers looking to exploit an existing relationship with greeting card customers than it is an understanding new sister-friend reaching out to readers through its pages.

Why am I so skeptical?

Because content that lifts the female spirit and nourishes the female soul doesn’t necessarily inspire commitment from advertisers, who are keen to position their products in editorial environments that flatter those products: alongside articles about traditional standards of beauty, fashion, weight control and the like.

Benenson’s promises echo those of editors at Hearst Corp. when they launched Victoria in 1987, a magazine of gentle content for gentle readers that publishers axed in 2003 because of lukewarm advertising response, even though it was selling nearly 1 million copies a month.

That said, the business plan for Hallmark Magazine is smart. Hallmark is the No. 1 producer of greeting cards, and women buy 80 percent of greeting cards. The company operates more than 4,000 Gold Crown stores and owns much of the in-store radio airtime at Safeway supermarkets. According to its publicist, Hallmark’s Web site had 129 million visits in 2005, beating oprah.com, bhg.com (Better Homes and Gardens), marthastewart.com and realsimple.com combined.

That’s a lot of exposure. It may be hard for women to avoid the Hallmark Magazine, since its content can be repurposed for so many different media. You could be standing in the checkout line at Safeway and hear a Hallmark editor on the store audio system telling you about something in the magazine.

But that doesn’t mean the editorial mission won’t have difficulty departing from the traditional formula.

Even today, five of the top 10 are inveterate women’s titles: Better Homes and Gardens (No. 5), Good Housekeeping (No. 7), Family Circle (No. 8), Ladies’ Home Journal (No. 9) and Woman’s Day (No. 10). Others in the list include AARP The Magazine, The AARP Bulletin, Reader’s Digest, TV Guide and National Geographic.

The top five women’s magazines have combined circulation sales of $540.9 million; it’s hardly chump change, but only slightly more than top-seller People magazine alone, which is not a women’s magazine but one with a high female readership. All five are also in the top 20 in terms of gross revenue.

An established competitor to Hallmark could be O, the Oprah magazine, published by Hearst and coming in at No. 23 on the circulation list.

O has led the way in preaching self-fulfillment rather than self-perfection, but the magazine doesn’t stray too far from an editorial formula that traditional women’s magazine advertisers like.

O benefits from Oprah Winfrey’s tremendous visibility as an icon and the melding of her television and XM radio exposure, a media synergy similar to what Hallmark’s planners hope to achieve through its branded retail outlets, Web site and Safeway in-store audio.

Even if Hallmark doesn’t succeed as a print publication, it could be successful as a brand extension of its parent company in an online version, something the publishers of Teen People and Elle Girl are experimenting with. What advertisers and publishers learn from moving a print magazine to an online-only version could alter the way women’s magazine content is delivered in the future.

The top five magazines remain popular for their formula of home-centered fundamentals, but there is plenty of room for publications like these to better assist their readers in life mapping.

I’m not talking about choosing the best shade of lip gloss or hair highlights. With so many women responsible for their own or for their family’s finances, these magazines could perform a real service by helping women set strategies for building wealth.

Barbara Mlotek Whelehan, who writes “Boomer Bucks” for bankrate.com, analyzed six women’s magazines and found all of them lacking. “While I was delighted to see that most favor substance over style, I was disappointed that in all instances, less than 1 percent of content was devoted to personal finances,” Whelehan said.

Given that U.S. Census data show that the number of single elderly women living in poverty (12.2 percent) is steeply higher than that of men (7.5 percent), magazines’ inattention to financial planning is a serious and regrettable oversight.

Hallmark Magazine says it’s staking out reality as its territory. Let’s hope that its executives–some of them veterans of women’s magazines where fantasy has a big role–can make it work. If they do, others in the women’s publishing category will take notice, and that would be, as Martha Stewart says, “a good thing.”

Sheila Gibbons is editor of Media Report to Women, a quarterly news journal of news, research and commentary about women and media. She is also co-author of “Taking Their Place: A Documentary History of Women and Journalism,” Strata Publishing, Inc., which received the “Texty” Textbook Excellence Award from the Text and Academic Authors Association, and of “Exploring Mass Media for A Changing World,” Lawrence Erlbaum Associates, Publishers. 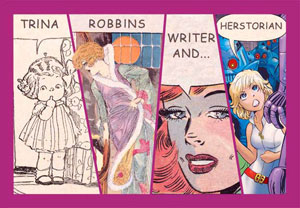