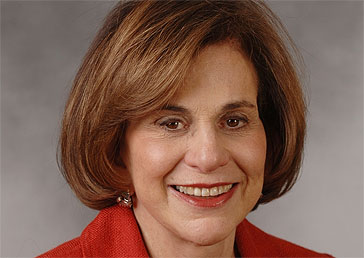 A major report says women and girls have made significant progress in science over the past two decades, especially in medicine and the biological sciences. But the gains in the male bastions of computer science and engineering are being erased.

(WOMENSENEWS)–Science Superstar Anita Borg has a theory on why fewer and fewer women are entering the field of computer science. The creator of the Institute for Women and Technology at Xerox’s Palo Alto Research Center believes there’s a perception among many women that this area of science is not a place for them.

"Part of what keeps women away from computer science is an image of all these greedy guys creating stuff–that guys having wild fun is where the wonderful ideas come from–in an all guys club," Borg wrote in an essay included in a major report released last week looking at how American women are faring in science and technology.

The National Council for Research on Women report noted significant progress by women and girls in the sciences over the last two decades, especially in medicine and biological sciences. However, in other areas, namely computer science and engineering, earlier gains appear to have stalled or even shifted into reverse.

Given the boom in high-tech firms, though many now are experiencing economic hardships, the drop in women studying computer science is one of the more compelling findings in the report. It states that the number of women earning bachelor’s degrees in computer science has fallen significantly–from 37 percent of undergraduate degrees in 1984, when the field was relatively young, to fewer than 20 percent in 1999.

Borg is hopeful that a growing awareness of this decline will spur companies and universities to make greater efforts to draw and keep women in the computer science field. "There are a lot of very sane people who are beginning to understand that if technology and science are going to go forward with wild creativity, we need the brilliance of more than a narrow group of people. We need women–all kinds of women," she wrote.

The report, titled "Balancing the Equation," analyzes how girls and women are performing in the sciences from kindergarten to the corporate boardroom and examines programs that are working to attract more women to the field. Though noting progress, the report concluded, "Too many women still feel they learn and work in unfriendly and hostile environments in labs and other technological workplaces."

"Women are 50 percent of the labor force but represent only 12 percent of professional scientists and engineers," said Linda Basch, executive director of the National Council for Research on Women. "We need women’s perspectives. Their ideas on research priorities, on where dollars should be allocated, are different than men’s. Their ideas on how science can benefit the community, world and society are different."

Basch said the report, based on more than 100 government reports, academic studies, conference proceedings and interviews, was compiled to bring into focus the challenges facing women in science and to act as a "national challenge" to universities, the business community and government to do more to bring women into the field.

The report’s analysis begins in elementary and secondary schools. It notes that the gap between girls’ and boys’ achievement in math and science has narrowed significantly since the 1970s. It attributes the success to programs that provide hands-on learning and other courses that relate science to "real-world applications" such as health, the environment and politics.

More problems seem to arise once young women move on to college. Statistics cited by the report showed that at elite institutions in the early 1990s, 54 percent of women were dropping out of science, math and engineering majors compared with 39 percent of the men. Drawing on studies that track the progress of undergraduates, the report stated that many women students said they wanted more encouragement and feedback from professors and would have liked more opportunities to do research.

"In computer science, other research suggests that women tend to evolve an interest in technology over time, so the typical first-year ‘killer’ computer courses designed to weed out students rather than invite their participation may be overly daunting to women thinking of entering the field," the report states.

The situation deteriorates as women move up the academic ladder. According to the report, women in science, math and engineering departments tend to teach at more junior levels than men, fewer are tenured and the salary gap widens with age. In 1973, 3 percent of full professorships in science and technology were held by women. In 1995, they filled less than 10 percent, even though the percentage of science doctorates awarded to women has been at or above 25 percent since the 1970s, the report states.

As a result, a growing number of women scientists are leaving academia for jobs in business and industry. Even there, women face glass ceilings and the stress of balancing demanding jobs with family life.

The report cited a recent study by Catalyst, a research group monitoring gender issues in the workplace, which said one-third of women scientists it surveyed at Fortune 500 companies "mentioned the negative aspects of an academic environment as reasons to pursue commercial opportunities."

Basch, of the National Council for Research on Women, said the council’s review of programs already in place show that mentors, role models and networks that allow women to share their experiences are all ways to help women perform better in the sciences.

Sprinkled throughout the report are comments and observations by women scientists. Their stories speak a common theme, of the frustration and discouragement felt by women trying to make it in the world of science.

A chemist said she left her position as an executive at a fragrance corporation because a male superior made her job so difficult. A graduate student at an Ivy League university recounted being told by a male student to "figure it out for herself" when a professor suggested she ask him for help with lab work. A woman engineer said she felt intense pressure to conform to "masculine styles" in her workplace.

Basch said she hoped that the council’s report would help stimulate changes in attitudes and the creation of more programs supporting women scientists, thereby giving women the chance to play a larger and more meaningful role in the sciences.

Vera Haller is a free-lance writer in New York.

Advocates for Women in Science, Engineering and Mathematics:
http://www.awsem.org/

American Association for the Advancement of Science:
http://www.aaas.org/

Association for Women in Science:
http://www.awis.org/