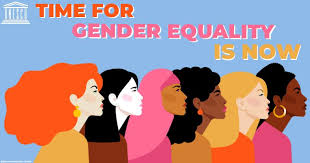 It would provide a new protective foundation for all women’s rights!

Due to the recent overturning of Roe v. Wade, passing the Equal Rights Amendment (ERA) is now more crucial than ever. Why? Because the ERA would address equality disparities that currently exist within our nation’s Constitution. While it would not automatically establish new laws or legislation, it would ensure that existing and new rights would not be denied based upon ones sex.

The Equal Rights Amendment was first approved by two-thirds of Congress in the early 1970s, (the House of Representatives passed it with a 354-24 bipartisan vote in 1971 and the Senate approved it the following year voting 84-8).) It was not until 2020, however, that the ERA was ratified by the required 38 states. The US archivist has since been responsible for collecting, certifying, and publishing the amendment. This however, has not yet occurred.

David S. Ferriero, who was the archivist when the required 38th state (Virginia) ratified the ERA, chose not to certify the amendment, instead deferring to an opinion from the Trump administration’s Justice Department. Unfortunately, the Department of Justice’s Office of Legal Counsel (OLC) argued that the ERA was invalid since it failed to be passed by the congressionally imposed deadline, which originally expired in 1982.

While it is up for debate about whether Congress even has the authority to set a time limit for ratifying a constitutional amendment, proponents of the ERA, such as Georgetown Law professor Victoria Nourse, argues, “States did not vote for the timeline—states voted for the text of the ERA. The timeline was in a preamble. The timeline is definitely not binding on Congress.” Yet opponents of the Equal Rights Amendment claim that in order for it to get passed, the entire process would need to start from the very beginning, requiring two-thirds of Congress to again approve the amendment, as well as the necessary 38 states to ratify it.

Now that the U.S. Supreme Court has overturned Roe v. Wade, the ERA is even more essential to protect women’s fundamental right to abortion, since it would add explicit language ensuring equality based on sex. Declaring, “Equality of rights under the law shall not be denied or abridged by the United States or by any state on account of sex,” it would consequently provide a new protective foundation for all women’s rights, including abortion. While the ERA does not categorically address abortion, advocates agree that it does guarantee equal protection under the law on the basis of sex, which includes the right for women to make reproductive choices about their own bodies without government interference.

We have already witnessed this theory in action in Pennsylvania, where abortion providers and reproductive rights lawyers are currently suing the state, asking the Pennsylvania Supreme Court to strike down the ban on Medicaid funding for abortion as a violation of the ERA and equal protection provisions of the Pennsylvania state constitution. Abortion restrictions violate the ERA for a multitude of reasons. First, according to The Columbia Law School’s Center for Gender & Sexuality Law: “Restrictions on abortion single out abortions for more onerous treatment than other medical procedures that carry similar or greater risks.” Additionally, this puts an unwarranted burden on women seeking to exercise the right to decide whether to terminate a pregnancy. “Restrictions on abortion perpetrate harmful and discriminatory gender stereotypes that limit equal participation in society,” the Center further asserts.

Meanwhile, many republican legislators and anti-abortion activists claim that they want to help women and children, but without more government spending. However, research shows a high correlation between state restrictions on abortion and negative health outcomes for mothers and children. Mississippi, for example, has one of the highest infant and maternal mortality rates in the country. While its Governor, Tate Reeves (R-MS), has pledged to “take every step necessary to support mothers and children,” Reeves and Mississippi legislators have thus far failed to allocate the appropriate funding and resources needed to achieve these goals. If the ERA were ratified, it would provide a constitutional obligation to states’ legislatures and officials to prioritize improving health outcomes for mothers and children.

Unfortunately, Mississippi is not alone. Of the 12 states that have not passed the ERA, 11 have abortion bans currently in place or pending. Additionally, there are five states that now want to rescind their original ratification of the Equal Rights Amendment. Clearly, states that have not supported the ERA also provide limited health options for women. This is not coincidental. It reflects the relationship between women’s rights and equality– without one, we cannot have the other. The lack of urgency amongst government officials is also concerning considering the significant weight of the issues at hand since, without the Equal Rights Amendment’s ratification, gender equality movements across the country will continue to be stalled. 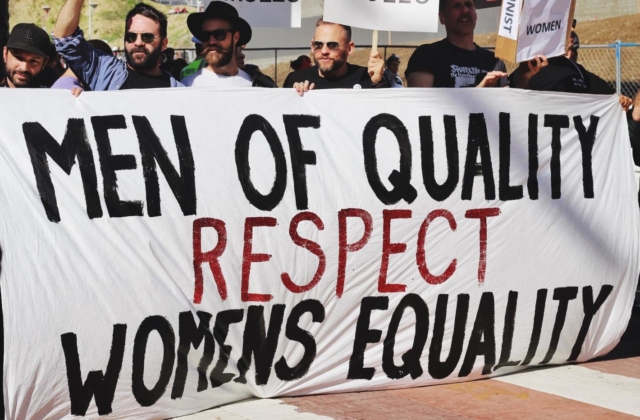 How the ERA Can Improve Health Outcomes for Women of Color