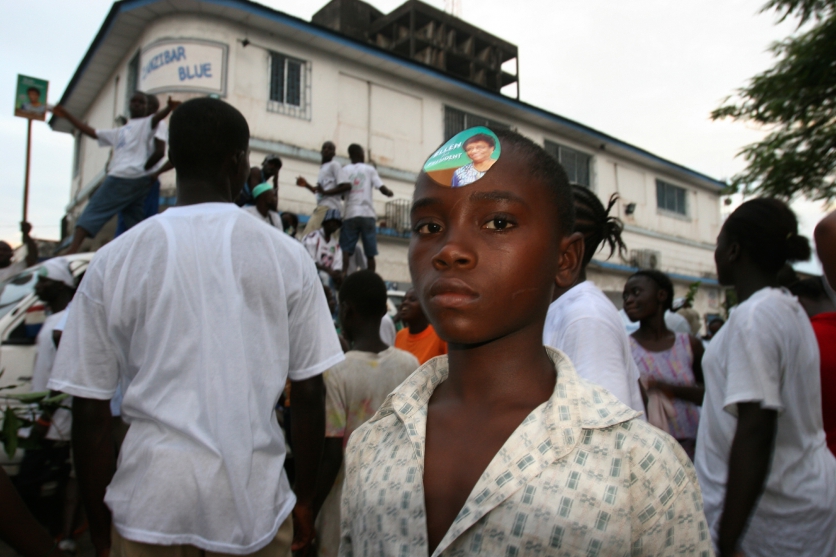 If it helps to remember that just as the women of post-war Liberia, against insurmountable odds, were able to choose empowerment over apathy, fear, and despair, our election, too, will become an earthquake that shakes the world!

I know it doesn’t seem as though a far-away country liberating itself from 25 years of war and chaos would have anything to do with present day the United States, but what happened there should be both our warning and our inspiration — and a testament to the power women have to swing an election, no matter what the odds.

In 1997, Liberia was under the control of a warlord named Charles Taylor. In the country’s “transition to democracy,” he ran for president promising peace while terrorizing the population into voting for him.  He used campaign slogans like “He killed my ma, he killed my pa, but I will vote for him.”  While there was a woman on the ballot — who was not a warlord — Liberia’s women either stayed home entirely, or voted for Taylor, as their husbands had dictated. Charles Taylor won by 75% of the vote, and soon after plunged the country into another four-plus years of civil war, destroying what was left of the country.

But this time, building on a grassroots women’s movement that led to a peace agreement and Charles Taylor’s exile in 2003, a massive effort targeting women led them to become 50.1% of registered voters, according to the Carter Center. While women overwhelmingly supported Ellen Johnson Sirleaf, believing “a vote for the woman is a vote for peace,” it would take every woman showing up and voting for Ellen, as everyone called her, to be victorious. To prevent authoritarian tactics delegitimizing the result, they didn’t just need a majority….they needed a landslide.

But a lot of factors very familiar to American voters were stacked against them, such as poll access. A third of the country’s population had been displaced, including a quarter million living as refugees in neighboring countries who were required to make the long, dangerous journey to Liberia to vote. Further, culture and tradition went against supporting a woman leader, and local laws required women to obey their husbands.  Men, overwhelmingly, supported her opponent, George Weah, an inexperienced, uneducated (and anti-intellectual), soccer star whose campaign included scare tactics such as the slogan, “No Weah, No Peace.”

The biggest wildcard was whether women would, as they had previously done, permit the temptation to let the exhaustion, trauma, and confusion of living under an authoritarian leader result in inaction — a reminder that voting is, ultimately, an individual act, outside the reach of mass movements.

A woman I traveled with to Liberia for the election, who had been living in a refugee camp in Sierra Leone, summed it up this way:  “The last election, I voted for Charles Taylor the way my husband told me to. Most of my friends did not vote at all. Then Charles Taylor’s men raped and killed my daughter in front of me and stole my little boy to fight. This time, if I follow my heart and vote for the woman, maybe she still won’t win. But I know she can’t win without me.”

In the face of all odds, she, along with thousands of her countrywomen, found a way to chose empowerment over despair, hoping enough others would too, and change the course of history. They registered other women while selling vegetables in the markets in IDP camps. And many, as we had, crammed themselves by the dozens into cars flooding with gasoline to undertake an uncomfortable and dangerous journey back to Liberia. “So,” the woman concluded, “I have come to save my country.”

And it paid off. Ellen won by 59%, largely due to women. So overwhelming was the landslide that George Weah, who initially, without evidence, filed charges of election fraud, backed down peacefully and accepted the results. Liberia had elected Africa’s first woman president. Peace had won.

This is what must happen here.

As it was with Liberia in 2007, our previous presidential election was largely decided by (white suburban) women who chose fear and anxiety and promises made by a self-proclaimed “strongman.”  His election was also won by the millions who stayed home.

This election will be won by women too. We know the tide of public opinion among women has shifted away from Trump and authoritarianism, but for that shift to play out in the voting booth requires an act of faith — combined with individual woman claiming their power. If it helps to remember that the women of post-war Liberia, against insurmountable odds, were able to choose empowerment over apathy, fear, and despair, our election, too, will become an earthquake that shakes the world.

About the Author: Rachel Leventhal is a documentary journalist focusing on stories about women and the environment.  She is the founder of Women’s P2P Network, an organization that leverages technology to help women connect and organize across borders.  Their current project is developing tools to support women globally who are running for political office.  Rachel was in West Africa in 2005 writing about  and photographing women involved in the peace movement. 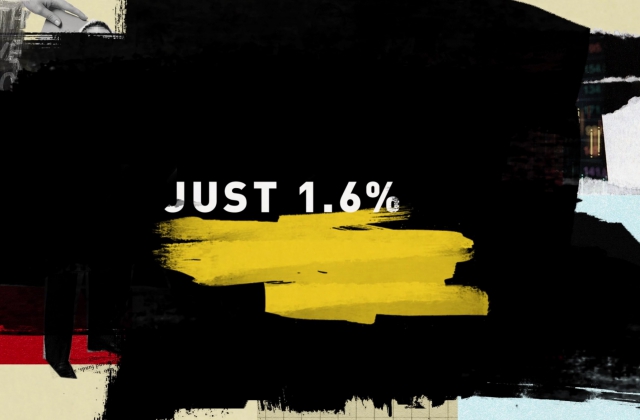 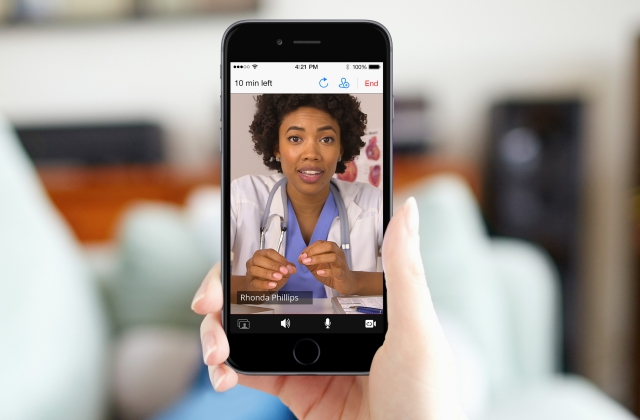