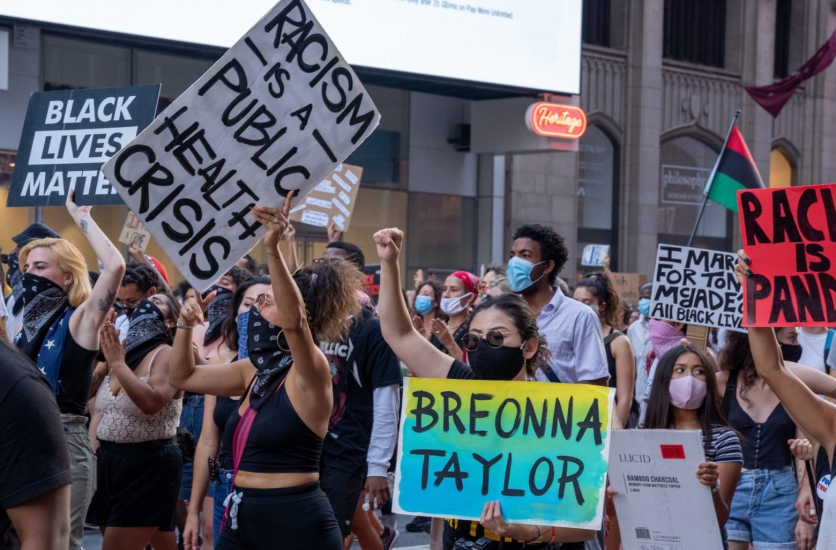 If Police Training Can’t Protect Disabled Black Women, What Will?

For disabled Black women, systemic racism, misogynoir, and ableism all appear to contribute to their negative interactions with law enforcement.

“We are all too aware of the frequent news stories about the mentally ill who come up against law enforcement, instead of mental health professionals, and end up dead,” wrote Deborah Danner, who was schizophrenic, in a personal essay on January 28, 2012. Four years later, on October 18, 2016, New York Police sergeant Hugh Barry fatally shot her two times in the torso.

Danner had included in her essay a “wish list” of demands in response to “the plight of others like [her]”: police brutality against people with mental illness or other disabilities. “Teaching law enforcement how to deal with the mentally ill in crisis so as to prevent another “Gompers” incident,” said Danner, referring to the 1984 NYPD killing of Eleanor Bumpurs. “They used deadly force to subdue her because they were not trained sufficiently in how to engage the mentally ill in crisis. This was not an isolated incident.”

According to Kimberle Crenshaw, professor of law at UCLA and Columbia Law School, who coined the term Intersectionality, she describes how structures of power overlap and intersect within social identities like race, gender, and disability.  “Sometimes we fail to see specific contours in women’s contexts because they just don’t fit our prototypical vision,” said Crenshaw in a 2016 address to the Omega Women’s Leadership Center. “Where the prototype doesn’t fit, the issue doesn’t get included.” This logic is particularly applied in the specific experiences of disabled Black women and women of color, particularly during the Trump era, which she labels an  “intersectional erasure.”

“The odds that Black women and women of color who are, or are perceived, to be in a mental health crisis will experience violence, arrest, or involuntary commitment are compounded by perceptions of mental instability based on gender, gender nonconformity, and sexuality,” writes police misconduct attorney Andrea Ritchie in Invisible No More, Police Violence Against Black Women and Women of Color.

Azza Altiraifi, a Black Disabled advocate, observes that disability is criminalized because non-normative behavior considered to be threatening to the oppressive status quo is criminalized. In effect, ableism reinforces the system of criminalization. “So black and brown people are impacted by ableism,” Altiraifi said, “even if they themselves are not disabled, don’t identify as disabled, and are not part of the community in terms of their personal identification.”

Additionally, “Disorderly action” is perceived by law enforcement as indicative of a person with disabilities, a presumption which stems from ableism and affects non-disabled people as well. For example, Dyma Loving, a non-disabled Black woman was violently arrested by former detective Alejandro Giraldo, who threatened to have her involuntarily committed to a mental health institution under Florida’s Baker Act, after she called Miami-Dade police to report a white neighbor who had pointed a gun at her and her friend in May 2019.

Video footage from police body cameras and a cell phone showed Giraldo telling Loving to ”chill out” and to “stop screaming” as she repeatedly asked another officer at the scene to charge her phone so she could make a call to her sick daughter. Giraldo can be heard in the video describing Loving’s raised, distressed tone of voice as “acting disorderly.”

Recent calls for reforming police training have surged, particularly in response to the murder of Breonna Taylor by police. Research on current models of policing training in the United States, Canada, and the United Kingdom show that control or defensive techniques are not taught in tandem with other sensorimotor skills, nor other skills like communication. This method of training is called a “block-and-silo” approach, according to the Force Science Institute. “For instance, cuffing would be taught separately from take-down techniques, and neither would be integrated with de-escalation,” reported FSI. “It is the type of instruction which accomplishes teaching objectives but not learning objectives. It increases the learner’s knowledge about what rules should be followed and when, but at some point later when learners attempt to carry out the techniques in a dynamic or realistic encounter, they are incapable.” In 2019, CBS News collected data from more than 150 police departments about their training practices in racial bias training. In Louisville, Kentucky, where Taylor was killed in her apartment by police just one year after the study, the department reported to CBS that implicit racial bias training was mandated for four hours once per year since 2015. De-escalation training had been mandated for 16 hours once per year since 2018.

The ‘block-and-silo” approach to police training calls into question a lack of integrational training on gender orientation, disabilities, and racism. The US Department of Justice reports that state and local law enforcement training subjects devoted to “mental illness”, “cultural diversity/human relations”, and “victim response” were each taught for differing periods of time. For example, 10 hours of training were devoted to “mental illness,” and 12 hours were devoted to “cultural diversity/human relations.” Only five hours were devoted to “victim response” training. It is unclear whether these subjects were taught in a “block-and-silo” approach, or cooperatively about the ways ableism, racial and gender bias can play a role when responding to a disabled woman of color in crisis.

Following the death of George Floyd, Emily Iland, program developer of Experience Autism, wrote: “The obvious starting point is training the police about autism and other disabilities…I discovered, however, that while training the police is absolutely necessary, it isn’t enough.”

Iland points out the public assumption that police are supposed to “solve all our problems,” including mental health emergencies involving disabled people. “It’s better to call a crisis center, a behavioral specialist,” Iland said. “Because a disability-related meltdown is not usually a crime, calling the police on someone with autism and having a meltdown is criminalizing disability.”

There are a number of mental health professionals who have experience with the disabled community who believe the development of alternative emergency contacts are crucial. Jennifer Sarrett, a lecturer at Emory University’s Center for the Study of Human Health, works with intellectually and developmentally disabled people within the criminal justice system. She believes that social workers must be brought in to assist people suffering from mental health issues, and points out that even spontaneous encounters with neighborhood police could pose a possible threat to their lives. “I think that can greatly reduce some of the harm done, but that doesn’t eliminate it all because officers are still going to interact with disabled folks, even without those calls.” said Sarrett. For example, police have regular interaction with homeless disabled people, since it is estimated that nearly one quarter of disabled people face homelessness. Therefore, what may be perceived as criminal action by onlookers and law enforcement are actually acts of survival (ie. loitering, public urination, and begging on the streets).

Kerima Çevik, an activist and mother of a son who is autistic and non-speaking, wants to completely mitigate encounters with police to prevent potential violence. She believes that when police train in risk management, they are enforcing the idea that someone who needs help in crisis is instead a safety risk to police officers. “Police should be the last resort,” says Çevik. She also believes that they should not be present in spaces where their intervention is not necessary, like crisis response. “In other words, we should never—,” Çevik pauses. “I shouldn’t have to call the police if my son is having a meltdown. When I get up in the morning, I say ‘Thank God he’s not dead,’ and ‘Thank God I’m not dead.”

In response to the specific harm Black people with disabilities are experiencing, organizations like the Abolition and Disability Justice Coalition call for the funding and expansion of programs that “provide resources and training in meditation, restitution, and accountability practices and processes” which demands a dismantling of the prison-industrial complex in its entirety. This requires rejecting reforms such as those that replace policing and criminalization with mandatory social or health services. “Mandatory social and health services are no less damaging than our systems of policing and cages,” ADJC writes. “In these contexts, people who are neurodivergent and/or living with disabilities are systematically abused and prevented from making decisions about their own lives.”

Additionally, the BYP100 Action Fund has launched a national campaign called She Safe, We Safe to increase safe interventions in gender-based violence that do not rely on contact with the police, while reallocating funding from the police to “community-determined programs that address gender-based violence in Black communities.”

These grassroots organizations, amongst numerous others, are mobilizing for transformative justice for disabled Black women and gender non-conforming Black people being disproportionately targeted  by police, particularly in the face of a recent Trump administration executive order to end all federal worker training on racial bias involving critical race theory and white privilege, claiming that these are the two ideologies driving division while perpetuating “anti-American propaganda.”

In response to the September executive order, Cevik believes that the Trump administration’s order drives further division by reinforcing racial bias. “While the true impact of such an executive order is contingent on the actual effectiveness of the training presently offered, and what systemic changes were occurring in concurrence with the training to actually result in attitudinal change,” Cevik continued, “the public relations and culture war attempts have been building for four years.”

About the Author: Natalie Crystal Doggett is a fellow with The Loreen Arbus Accessibility is Fundamental Program, an inaugural fellowship created to train women with disabilities as professional journalists so that they may write, research and report on the most crucial issues impacting the disabilities community. 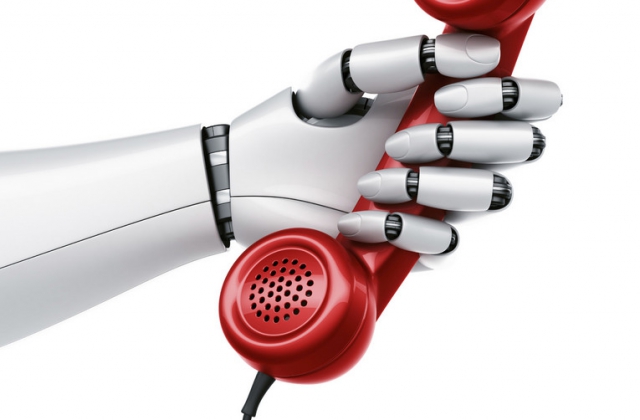