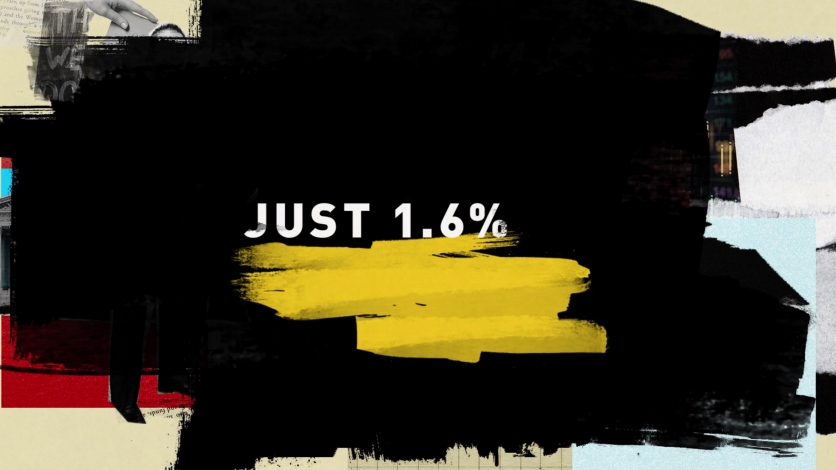 “With increased wealth and leadership comes the power and responsibility to do something in this moment.” – Women Moving Millions

The idea to launch  a website dedicated to women in philanthropy first came to Kiersten Marek in 2016, when Hillary Clinton was anticipated to win the presidential election and become the United State’s first woman president. When she launched it the following  year, it felt even more pertinent.

“I really thought, ‘Wow, she’s going to get elected, and there’s going to be this massive realigning of government and social strategy about gender equality,’” said Marek, founder and editor-in-chief of Philanthropy Women. “But that didn’t happen, and instead we immediately saw regressions as soon as Donald Trump came into office.”

After a few years working at the online news site Inside Philanthropy, Marek, a therapist and social worker based in Rhode Island, recognized the need for a space to promote and support feminist philanthropy.

“I noticed that there was this archetype of this feminist giver that was really extraordinary that no one really knew about, except for a very small circle of other donors,” she said. “I thought, ‘This is so bad.’ It really speaks to the fact that women don’t promote their own accomplishments, and I’m going to rectify this by filling this space myself.”

In that respect, Philanthropy Women is a positive space, highlighting the important work being done to benefit women and girls and to push for gender equality. But it also shows the other, more devastating side, in which organizations have had to pull back their funding in the wake of the COVID-19 crisis and this nail-biting political season. It’s a huge blow to an already struggling cause — only 1.6% of funds from non-profits in the U.S. goes to programs supporting women and girls, and just 0.5% goes toward women and girls of color, according to the Ms. Foundation.

The shocking numbers have led women-run organizations like Women Moving Millions (WMM) to step up their efforts. “Our concern is the progress we’ve made toward gender equality is at risk and COVID will have a backsliding effect for women and girls around the world,” said Sarah Haacke Byrd, executive director. “They need our support more than ever — job losses, domestic violence, unpaid care and young women out of school are increasing. This is an important time to take our work to the next level.”

The result is WMM’a newest campaign, Give Bold, Get Equal, which has committed to raise $100 million in new funding for women and girls through 2022. Today, it has already generated $70 million in commitments from its members, who primarily invest in organizations that focus on economic security, violence against women, education and health.

Sapphira Goradia, Women Moving Millions board member, said the campaign speaks volumes — but its focus is nothing new. “The need for resources to help women and girls has been around forever,” said Goradia, who is also the executive director of the Vijay and Marie Goradia Foundation. “We [as women] have our own power — why not own that and work together in collaboration to move the needle? We are building off the shoulders of women.”

It also says a lot about how women have risen in the philanthropy world, and how they’re increasingly in a position to give. “In the last decade, women have continued to gain a tremendous amount of wealth — $72 trillion globally,” Byrd explained. “With increased wealth and leadership comes the power and responsibility to do something in this moment.”

Donna Hall, executive director of the Women Donors Network, echoed this timeline, adding that she feels the concept of philanthropy is changing. While ultra-wealthy women like MacKenzie Scott and Melinda Gates are setting the stage for women of equal standing, it’s now time to think about how to reach everyone else to emphasize putting money into the system. “Women who are now earning their own money are not considered super-wealthy, but they are engaged in their activism and giving money in ways that they haven’t before,” said Hall, whose organization is based in San Francisco. “I think we have a huge untapped market of women who are earning solid salaries and want to be educated and want to be activated and are looking for opportunities. And if you look at the assets that women are projected to inherit in the next 30 years or so, it’s just a phenomenal amount of money.”

Hall added that  she would love to see women’s funds established and financially secure throughout the country, calling the percentage of philanthropic dollars going to women and girls — a reminder: 1.6% and only 0.5% for women of color — was “so appallingly low.” Several, like the Women’s Funding Network and The Women’s Fund in Texas, have been around for about 40 years. “A lot of the women’s funds are struggling in this year and the last couple years to really stay afloat, which is just a very sad commentary on the priorities that we give to the needs of women and girls in all sectors of our society,” she said. “That’s been discouraging to me.”

“I think they need more help in this time, but they need a lot of help all the time,” Hall continued. “There’s still a lot of prejudice against women and girls, there’s a need to really invest in education and training and leadership developments for women at all stages of life, there’s a big need for mentoring. There’s just a big need for resources, a big accumulation of resources.”

Hall took the helm of the Women Donors Network in 2002. She said the biggest difference now, 18 years later, is that women are more activated and willing to spend money to give power to those who should have it. That’s highlighted in the Women Donors Network’s grant-making model: It tends to give general operating money, turning the people on the ground into decision-makers about what to do and how to do it. “There’s a total disequilibrium in this country right now, and we want to try to address that in the way we do out business,” she said.

Yet, Philanthropy Women’s Kiersten Marek wonders if people are simply burning out funding gender equality. “It’s just hard. There are only 1.6%, so you feel so isolated and alienated most of the time,” she said. “You’re such a minority in this field and your message is so relevant, and yet people are not picking it up.”

Despite losing donors herself, she’s not giving up. She has a knowledge database of more than 675 gender-equality funders. She also knows there’s never been a better time to talk about women’s leadership (“The science proves it,” she says, pointing to how female leaders around the world were generally more successful in handling the pandemic). She feels hope knowing that if Joe Biden takes office, Kamala Harris “will make sure that this agenda doesn’t die.”

“I think that where women are really growing is in their understanding of their own capacities now,” Marek said. “They’re really starting to look at more ambitious strategies and different ways of putting their money into the culture of promoting gender equality.” 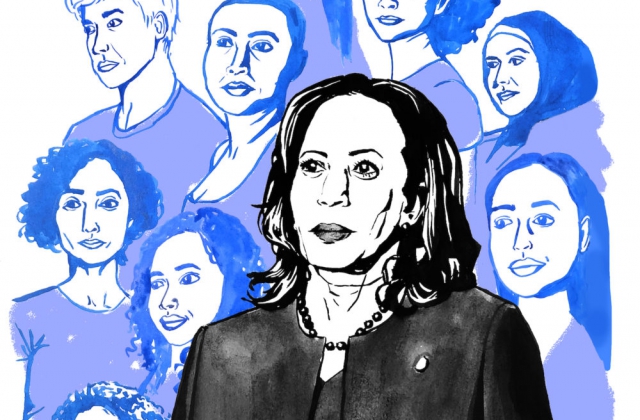 Will the Kamala Harris Candidacy Increase the Women’s Vote? 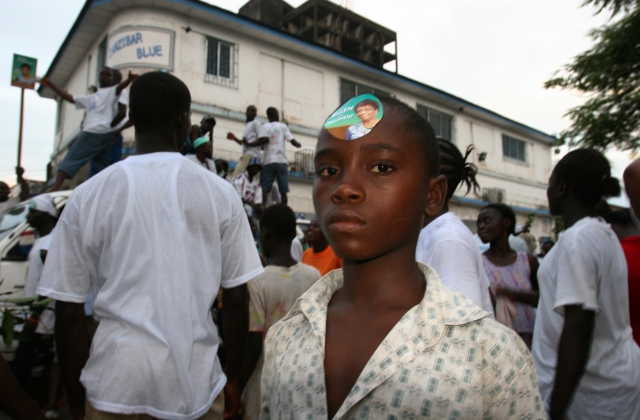