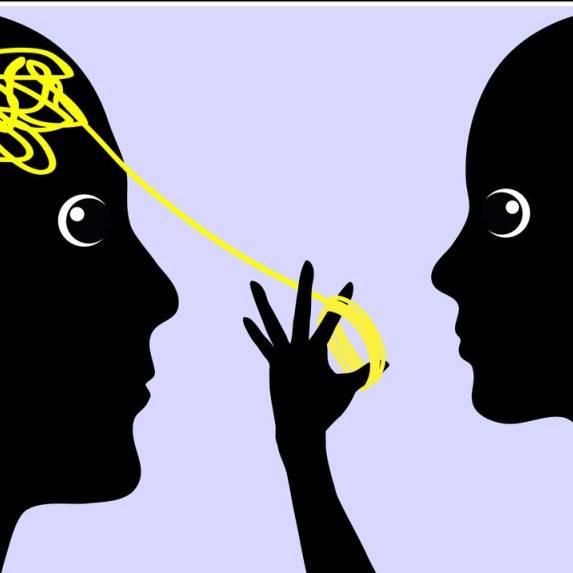 Every couple of months, a new caper appears. It’s the lobbyist Jack Burkman and his alt-right sidekick Jacob Wohl trying to smear another high profile person to post a few points for themselves. It always fails; they’ve become a blight on the conspiracy theorist brigade, something I never thought possible. Journalists are actually torn about how to handle this — deciding whether to cover these press conferences to debunk them or ignoring them so that they don’t give more oxygen to the lies.

There’s a reason to talk about these press conferences: they’re a case study in gaslighting, how to recognize it and how to protect oneself from it.

Gaslighting is a form of manipulation that makes victims question their own reality, perception, and judgment. Gaslighting makes a target think that she’s the problem when she’s not. It’s dishonest but it’s different from a regular lie. It’s an erosion of reality and a normalization of things that are not true.

People have become more aware of gaslighting since Donald Trump became president because of his countless misrepresentations and insistence on alternate facts. Before Trump even ran for office I counseled countless clients who were victims of gaslighting behavior, so much so that I had written a book about it: The Gaslight Effect.

That’s how I can see it’s an essential tool for Burkman and Wohl. The only way they’re even able to create these staged accusations is that they convince someone to make the false claim, however specious it is. To try to take down former Special Counsel Robert Mueller, they hoodwinked a woman named Carolyne Cass. In an attempt to humiliate then presidential candidate Senator Elizabeth Warren, they snagged a former Marine who misrepresented his military career. For former presidential candidate and Sound Bend, Indiana mayor Pete Buttigieg, they found another inexperienced young man who was so controlled by the two men in a short period of time that he felt he couldn’t leave their meeting place — Burkman’s home.

From their stories in the press, past victims describe not only being lied to, but also the experience of losing their agency as they go along with plans, not exactly sure of their footing or roles in them.

But the most recent example of Burkman and Wohl’s work — a woman who fabricated about Dr. Anthony Fauci named Diana Andrade —  is the most instructive because we have a transcript of the conversation between the two men and their most recent dupe (I use that word in defense of her) because she recorded a call between the three of them.

The call demonstrates many of the techniques that my clients have experienced being gaslighted.

For example: “What could be wrong, Diana?” Wohl asks her. “You did a good job, you got paid. What’s the problem? What seems to be the issue? You’re freaking out. You’re texting me late at night. What’s the issue?”

Rather than addressing her concern, Wohl and Burkman take a turn in the conversation to make it about what’s wrong with Diana even though she knows they are the troubled ones in the trio.

Her problem, of course, is that she doesn’t want to be involved. But she was, which the duo readily remind her. You “readily volunteered” they tell her. To her clearly justifiable legal and ethical  concerns they diminish her with: “Grow up, for Christ’s sake.”

“I don’t know how you do it, but you find a way to make me go along with your little plans,” Diana says, which is classic gaslightee fatigue. After continuous gaslighting, Diana is worn down. The more people give in to the reality spin, the more likely they are to grant the request they initially declined and the less they are to remain their same, clear-sighted self than they were when they first engaged.

Ongoing gaslighting results in confusion, an uncomfortable feeling that you just can’t put your finger on, ongoing rumination, alienation from others who would not agree with the gaslighter — and, eventually depression and personality changes, so much so that  friends often don’t recognize the person, and bad dreams may populate their nights.

Because gaslighting is a power game, women are far more likely to be victimized by it.

The decision of whether to cover these fraudulent fiascos is a fraught one, for sure; it’s that unimaginable that reporting the truth would come so close to constituting fake news.

But the more we expose their methods the more people can be aware and not get involved with them; they need a willing accomplice for each ruse. The way to make an otherwise rational person who wouldn’t partake in these games is to undermine their reality to create a new one where these actions are justifiable.

There is a risk that heightening Burkman and Wohl’s profile will negate any effects of exposing the gaslighting they engage in; people are attracted to fame and may just go along with these stunts without having their realities challenged.

But journalists can’t correct people’s morality. They can provide them with facts. And the story of Jack Burkman and Jacob Wohl contains real representations of how effective and insidious gaslighting can be — and recognizing the techniques can help unwitting victims avoid it.

Dr. Robin Stern  is the co-founder and associate director for the Yale Center for Emotional Intelligence and an associate research scientist at the Child Study Center at Yale. She’s also the author of The Gaslight Effect, the foremost book on gaslighting.