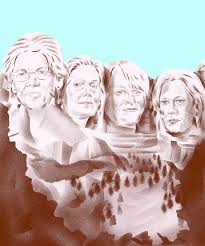 As Elizabeth Warren bowed out of the race for the democratic nomination for the president in 2020, a collective moan was heard among females young and old. The field looked so promising — Elizabeth Warren, Amy Klobuchar, Kirsten Gillibrand, Kamala Harris, Stacey Abrams — all  highly regarded candidates set to break the glass ceiling. But, on March 5, the last of these candidates, Senator Warren, left the field. It is now up to one white male.

Before giving in to despair, we should remember that history has several critical lessons to teach us. First, there are many paths to the presidency and women have made progress along several of those that have in the past led to the presidency.

Thirteen VPs went on to the White House. Gerald Ford and George H.W. Bush being the most recent two. We have not done anywhere as well on the female side. Only two women have been nominated: Gov. Sarah Palin of Alaska by the Republican Party in 2008 and Representative Geraldine A. Ferraro by Democrats in 1984.

Although we have not yet elected a woman vice president, the consensus is that the next VP will be a female. According to the Action Network, “The one thing that seems to be for sure in this volatile race is if a Democrat wins in November, we would almost certainly have a female vice president. Oddsmakers have flooded the betting markets with several women among the top wagering selections.”

Among the names most often mentioned are Senators Harris, Klobuchar and Warren, as well as Stacey Abrams, who ran for governor of Georgia in 2018, and Gretchen Whitmer, governor of Michigan.

Another well-worn path to White House is through the office of Secretary of State. Thomas Jefferson, James Madison, and James Monroe used this cabinet position as a stepping stone to the presidency.

In 1997, President Clinton appointed Madeleine Albright as the 64th Secretary of State and the first woman to hold that post. Making her, in her own words, “the highest-ranking woman in American history.”

Since Albright’s groundbreaking tenure, two other prominent women have filled this esteemed position: Condoleezza Rice and Hilary Clinton. Clinton’s attempt to catapult from this post to the presidency failed in 2016. Still, she was the first woman to become a presidential candidate from a major political party, and she won three million more votes than her republican rival, Trump, who, by virtue of the Electoral College map, became President in 2016.

While 16 of the nation’s 45 presidents served in the Senate at some point in their public careers, only three—Warren G. Harding, John F. Kennedy, and Barack Obama—won their presidential races as incumbent senators. Many others got to the Oval Office, having served previously in the Senate. Truman and Nixon are recent examples.

The Senate has also been a launch pad for past female presidential hopefuls. In 1964, Senator Margaret Chase Smith ran for president as a Republican. She was the first woman to win election to both the US House and the U.S. Senate. When challenged about her historic run, she said, “I have few illusions and no money, but I’m staying for the finish,” she noted. “When people keep telling you, you can’t do a thing, you kind of like to try.”

In his last press conference of his presidency in November, 1963, JFK responded to the derision evoked by Smith’s candidacy, saying “‘I would think if I were a Republican candidate, I would not look forward to campaigning against Margaret Chase Smith in New Hampshire, or as a possible candidate for President.’” The gathered reporters laughed heartily. But Kennedy was serious. “I think she is very formidable, if that is the appropriate word to use about a very fine lady,” Kennedy continued. “She is a very formidable political figure.’

In the 2020 race, four women senators declared their candidacy for the Democratic nomination: Kirsten Gillibrand, Kamala Harris, Amy Klobuchar, and Elisabeth Warren. Clearly this pipeline is filling up. Now that a record number of women are in the Senate, this route may yet produce a female president.

Six male business leaders parlayed their business records into successful runs for the presidency. Our current president, Donald Trump, won fame as a well-known real-estate mogul. Six other 20th-century presidents were business executives — both successful and unsuccessful — before moving into the Oval Office.

Warren Harding spent 39 years in the newspaper business before being elected in 1920. Herbert Hoover (elected 1928), made his fortune “from owning Burmese silver mines and publishing a leading textbook on mining engineering.” Harry S. Truman, became president in 1945, having first been a mining and oil investor, and then selling men’s clothing in Kansas City.

Jimmy Carter was a successful peanut farmer before being elected in 1976. George H.W. Bush(elected 1988) made his fortune in the oil business. George W. Bush (elected in 2000) followed his father into the oil business. Then he, along with a group of investors, bought the Texas Rangers baseball team.

Being in business did not necessarily mean being successful in business. “Surprisingly, four presidents who had successful business careers — Hoover, both Bushes and Carter — had the four worst records in terms of gross domestic product performance,” Robert S. McElvaine, history professor at Millsaps College in Jackson, Miss., argued in the Washington Post . “The only president since Hoover with business experience under whom the economy did well was the one who was unsuccessful in business: Harry Truman, whose haberdashery shop went bankrupt after two years.”

Carly Fiorina, a former Hewlett-Packard CEO, became the first declared female candidate to seek the Republican Party’s nomination in May, 2015. However, current data suggest that this path to the presidency may be available to many more women, even though the road may be rocky.

As of June 1, 2020, ’33 of the companies on Fortune magazine’s ranking of highest-grossing firms will be led by female CEOs for the first time ever,’ notes the website Catalyst. ”Even though this sounds impressive, women still represent just 6.6% of all Fortune 500 CEOs.

However, the 2020 increase “marks a considerable jump from last year’s total of 24, or 4.8%,” notes CNBC. These top firms include: General Motors, Oracle Corporation, Lockheed Martin, Duke Energy, and IBM. (Ginni Rometty will retire from IBM this spring). This uptick in the number of women holding top positions in major US companies does indeed suggest that there are scores of potential presidential candidates who might use their business credentials to make a run for the White House. One problem, though, is that women CEOs are more likely to be hired as companies are failing, a practice known as “The Glass Cliff.”

The women in this position often struggle to boost the bottom line, but can’t, because their  companies are a mess. That happened to Carly Fiorina, and it hobbled her presidential run. Even if the  “Glass Cliff” CEO ratchets up her company’s profits, she may not get much credit. “What happens if the woman CEO saves the company?” Forbes asks. “The board will likely continue what is now its traditional management style. Better install a male CEO.”

And female leaders are more likely than male  leaders to get blamed when things go south in their companies; female chief executives get more tough press than male leaders do, reports the Wall Street Journal. Nearly 80% of digital and print media stories about companies in crisis cited the CEO as a source of blame when the company’s leader was a woman, according to an analysis by the Rockefeller Foundation and the research firm Global Strategy.

While the pipelines are starting to fill, women have yet to break through. As Mary Beard, author and Cambridge University professor, put it in her book, Women & Power, A Manifesto: “Women in power are seen as breaking down barriers, or alternatively as taking something to which they are not quite entitled.” Women with power are scary. Take a look at the internet and you will easily find images of Hillary Clinton, Nancy Pelosi and Michelle Obama as frightening witches.

Is the glass half empty or half full?  Maybe a quarter or an eighth full. Progress is coming, but slowly. We may hear “Ms. President” one of these days, but only if women— and their male allies— keep pushing hard.