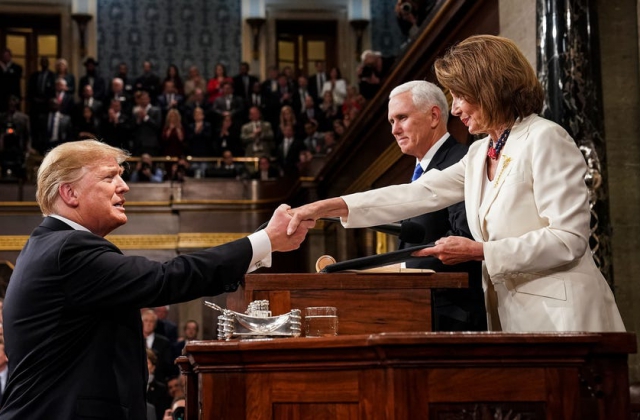 A Study in Contrasts: Pelosi vs. Trump

Although much research has debunked the notion of rigid, inborn female and male traits, these stereotypes stubbornly persist and have unfortunate effects.

For the first time in our nation’s history we are witnessing on the largest, most public stage in the US a major contrast between the leadership styles of two of the most powerful leaders of our day: Speaker Nancy Pelosi and President Donald Trump. Whatever your political leanings, we can all agree that their leadership styles are radically different. Moreover, these differences challenge conventional ideas about gender and leadership.

Tradition suggests that women are more emotional and less rational than men. Men are thought to be more linear and less emotional than women. Yet what we see played out on our TV screens is the exact opposite. Pelosi is composed, in control, and on message. Trump, in contrast, is bombastic, bouncing from topic to topic, and reliant on name-calling and insults to make his points.

One of the most iconic photos of recent days, taken in October, 2019 by a White House photographer, shows Pelosi standing in the Cabinet Room of the White House surrounded by Democratic and Republican leaders, and President Trump. The body language between the two of them speaks volumes. As Sheryl Gay Stolberg of the New York Times put it, the Speaker is “standing and wagging her finger at a scowling Trump… seated across the table. [The photo was] hailed by progressives as the latest iconic image of Washington’s most powerful woman telling an impetuous president exactly what is what.”

Stolberg writes: “There is now a new classic image of Pelosi, at a long conference table filled almost entirely with graying white men, lecturing the president during a contentious meeting on Syria as others look down uncomfortably, averting their gaze.” Many saw in the photo “a powerful woman schooling an impetuous man, or perhaps a mother scolding a toddler.”

So much for the stereotype of the frail women: Too emotional to be effective.

Fortunately, Pelosi never got the memo about the ancient “rules” women need to adhere to if they want men in power to focus on the substance of what they are saying. Sugar and spice and everything nice is the template women must keep in mind, even when they are adult employees engaged in serious pursuits. Too often, advice to women about how to get ahead still relies on this limerick they probably first heard in kindergarten. For example, training materials used in 2018 by Ernst and Young, [a mega-accounting firm with over 270,000 employees], to help promising women be more effective leaders, offers the following guidelines:

“Don’t be too aggressive or outspoken.

“Don’t directly confront men in meetings, because men perceive this as threatening… Meet before (or after) the meeting instead.”

“If you’re having a conversation with a man, cross your legs and sit at an angle to him. Don’t talk to a man face-to-face. Men see that as threatening.”

Handouts instruct women who attend the sessions to “be polished, have a good haircut, manicured nails, and well-cut attire that compliments your body type.”  Other “rules” focus on the contrasting communication styles of women and men. “Women ‘speak briefly’ and ‘often ramble and miss the point’  …By contrast, a man will ‘speak at length’–because he really believes in his idea.”

One employee who attended the session told a reporter from Huffington Post that she chafed at the ideas she was hearing. “You have to offer your thoughts in a benign way,” the employee said. “You have to be the perfect Stepford wife.” She said it seemed that female employees were “being turned into someone who is “super-smiley, who never confronts anyone.

Nowhere in these materials is there any mention of being forceful, direct, and persistent, qualities that arguably won the Speaker a convincing “win” in her tete-a tete with Trump.

Aspiring women are also warned that violating feminine norms leads to seriously negative consequences. Considerable research paints a scary picture of  the consequences women face if they step outside the strict confines of their gender role.

NYU psychologist Madeline Heilman finds that women who are thought of as competent are also regarded as “bitchy” and are disliked, while males seen as competent are considered likable. Further, women are likely to be penalized, by both men and women, if they don’t adhere to feminine characteristics or if  they “dare” to exhibit masculine traits. Such women, Heilman says,  are seen as selfish, manipulative and untrustworthy—”your typical constellation of ‘bitchy’ characteristics.”

Although much research has debunked the notion of rigid, inborn female and male traits, these stereotypes stubbornly persist and have unfortunate effects. The Ernst and Young session featured a handout describing feminine and masculine characteristics. Women were said to be “Affectionate, childlike, eager to soothe hurts, gentle, shy, soft-spoken. tender, warm, yielding, gullible.” Men on the other hand, were “Aggressive, acts as a leader, ambitious, assertive competitive, defends one’s beliefs, forceful, makes decisions easily, self-reliant, willing to take a stand, dominant, has leadership abilities.”

The idea that women should never confront a man as an equal is echoed in many business “tips.” A column in Forbes, for example, cites that some firms still advise women to never ask a question that directly criticizes a male co-worker. Instead, she should start off praising the man and then tactfully suggest that perhaps another path might be equally successful. The too-nice woman can’t simply say, “That idea sucks, and here’s a better one,” the way men often do, because she’ll be labeled as a “nasty woman.” The need to be indirect and pleasing hobbles her ability to be a forceful and effective leader.

Nancy Pelosi–and other Democratic women candidates for the presidential nomination such as Kamala Harris and Elizabeth Warren have no problem confronting men. In debates, Harris has asked tough questions of Joe Biden and The National Journal headlined “Warren Takes on Wall Street, Big Oil in Feisty Speech.”

Today’s young women and men who saw Pelosi confronting Trump witnessed first hand how forceful, competent and effective women leaders who ignore these stereotypes can be. If women must stay mute, they hand over their power to others–something that Pelosi is not accustomed to doing, and hopefully, more women will follow her lead.

As the evidence mounts, perhaps we will get to the point where good leadership will be recognized and applauded, regardless of whether the leader is female or male. Avid Trump-supporter, and former chief strategist to the President, Steve Bannon, who is certainly no fan of liberal Nancy Pelosi, had this to say of her leadership skills.

“I don’t care if you hate Nancy Pelosi…this is a master and she is teaching a master class. Tough as boot leather.” Here is how Steve Miller, one of the closest Trump advisers, describes the speaker: “She is one of the best communications directors on the planet.”

Further, Nancy Pelosi doesn’t obsess over the question of whether she will be reelected. When she was asked in a DC press conference about why she should be elected again as speaker, she responded, “Well, I am a master legislator, I am a strategic, politically astute leader, and that is why I am able to attract the support that I do.” 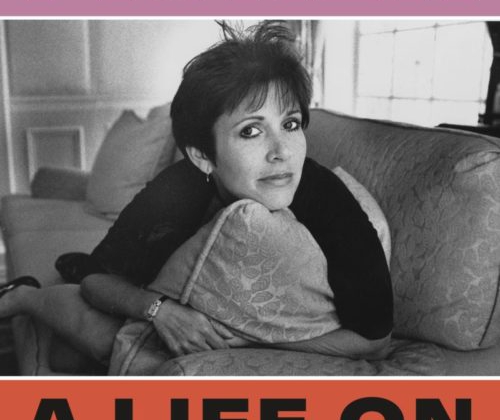 Carrie Fisher: A Life On The Edge – a Q&A 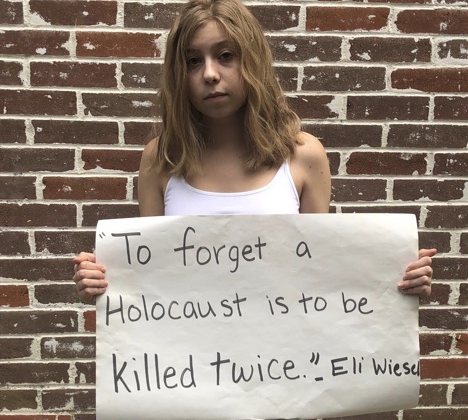