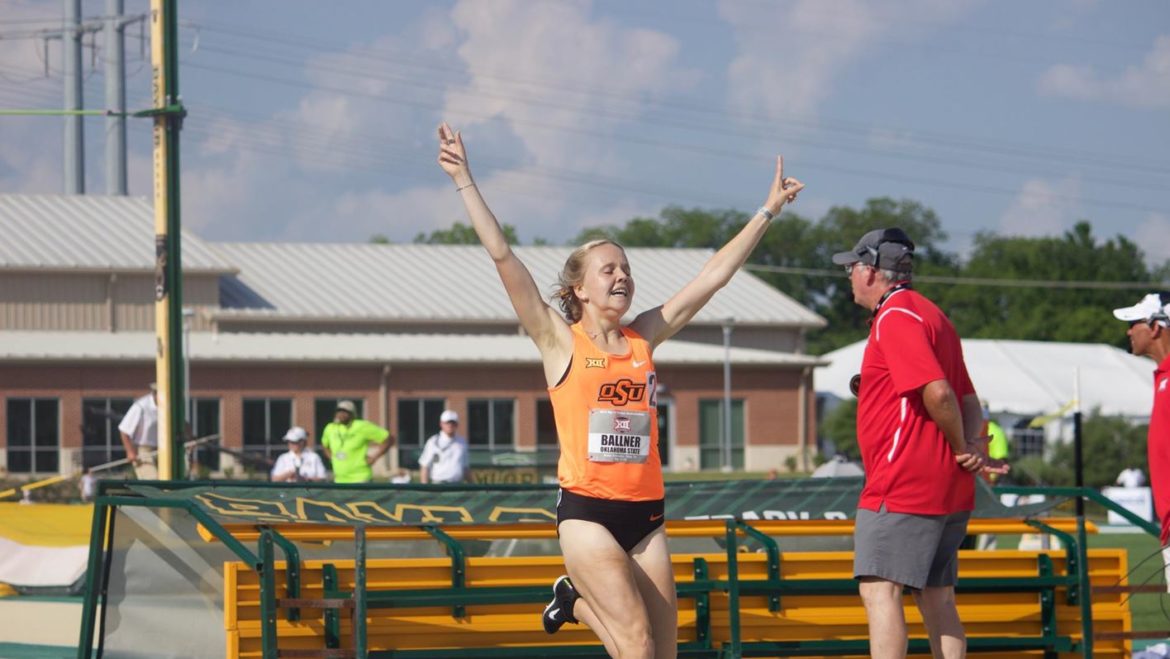 As we watched the ticker-tape victory parade in Manhattan in July, it was hard to believe that this story (and others) are all part of a phenomenal sage that began in 1972, just thirty-seven years ago, with the passage of Title IX. In particular, as the Atlantic notes, a “36-word clause largely overlooked by the very lawmakers who passed the bill, requires equal access for women in all facets of education, most notably athletics. Just as much good can come about with the passage of a law, so, too, can this good be undone with a vote to rescind that law.”

‘No person in the United States shall, on the basis of sex, be excluded from participation in, be denied the benefits of, or be subjected to discrimination under any education program or activity receiving Federal financial assistance.’”

Athletics is one of the areas in which Title IX recipients must comply.  In effect, this means that federally funded institutions, such as public schools, are legally required to provide girls and boys with equitable sports opportunities.

What impact has Title IX had? Millions of sports-loving women who were young girls when the law did not exist remember that time well. Few schools had varsity teams for girls in any major sport. One of us, Caryl Rivers, was only able to learn tennis because a tennis enthusiast in her home town gave free lessons to local kids and drove them to tournaments. That was the only way that she was able to get a USTA ranking in the 16-and-under category for Maryland, Virginia and the District of Columbia. Bill Littlefield of public radio’s “Only A Game,” notes,  “Before Title IX, one in 27 girls played sports. Today that number is two in five. While we still have far to go before every girl has equal access to sports, especially girls of color, it is clear that we are making headway.” At the college level, “There are now five times more women competing in college sports than there were in the pre-Title IX era.”

In addition to equal access, Title IX  contains specific provisions that regulate athletic programs. They must provide equal athletic opportunities for members of both sexes, including scholarships,  equipment, game and practice times; travel and per diem allowances; coaching salaries, locker facilities and practice spaces, as well as housing and dining facilities and services. These far-reaching regulations have opened the doors to countless females who would not otherwise have had a chance to develop their athletic talents. And, WOW, have they shown us what they can do!

In addition to soccer, there are several other sports in which  U.S. women are now shattering international and Olympic records.

Basketball. “The United States Women’s National Basketball Team is …by far the most successful in international women’s basketball, winning eight out of ten Olympic tournaments it had entered. It also won eight of the last eleven World Cups (including the last three), and ten titles overall. The team is currently ranked first in the FIBA World Rankings,” notes Wikipedia.

“The team is one of the most dominant in all Olympic sports, with an incredible 66–3 record in Olympic play (no Olympic losses since 1992, and no losses at all since 2006), and a record six consecutive titles, a feat that isn’t matched by any other women’s Olympic team. Should they win their seventh championship in a row in 2020, they will tie the US men’s basketball team (1936–1968, their winning streak) for the most consecutive Olympic team victories in all Olympic sports, men or women.”

Water Polo: According to CNN, the U.S. Women’s National Water Polo Team is “absolutely crushing the competition…beating Spain by a score of 11-6…With that victory, they sealed their third world championship win in a row — a feat no other national water polo team, men’s or women’s, has ever achieved. “Think that’s dominance? There’s more: They’ve won 53 games in a row and will be looking to grab their third straight gold medal in next year’s Summer Olympics in Tokyo. In fact, they’re the only team to win a medal in every Olympic water polo event since women’s water polo became an Olympic sport in 2000.”

Down-hill Skiing: “Double Olympic champion Mikaela Shiffrin (Avon, Colo.) … headline[s] the list of both accomplished and emerging athletes into the 2019-20 season. Coming off a historic 2018-19 season that saw Shiffrin rack up an impressive 17 World Cup victories, four Crystal Globes (overall, slalom, giant slalom, super-G), and an astounding 83% podium percentage, 2019-20 is bound to be another edge-of-our-seats season,” notes Ski.com Shiffrin won gold in slalom and finished fifth in giant slalom in 2014 at Sochi, becoming the youngest slalom winner in Olympic history.

The United States is the nation that has won the most medals in athletics at the Olympic Games, 795, of which 332 are gold. Their national-level male, took part in all editions of the games already this season, 25 with the exception of Moscow 1980 known for the 1980 boycott, while women 18 editions from Amsterdam 1928.

U.S. women are now Olympic-medal hopefuls in a variety of track and field specialities, including, 100 meters, 400 meters, 10,000 meters, 3,000 meter steeplechase, high jump, and long jump. Despite these amazing feats, issues remain. The fact that women soccer players get paid less than their male counterparts is not in dispute. “The Guardian’s analysis of each team’s collective bargaining agreements found that while US women’s soccer players have earned about $90,000 each in World Cup bonuses so far, they would have made $550,000 per person if they were paid like the men.” So it’s easy to understand why so many fans joined the team in shouting, “equal pay, equal pay” during the trophy presentation.

Gender disparities also exist in the composition of coaching staffs. “U.S. women runners are on fire right now. Why are most of them coached by men?,”asks the website Outsideonline. “The problem starts with a lack of access to open positions. Most of the hiring for these jobs is done by men, which can be another obstacle for women who want to enter the field, says Caryl Smith Gilbert, director of track and field at the University of Southern California, who in 2015 was the first woman to win the Pac-12 Men’s Coach of the Year title. “They fill [coaching roles] with who they’re comfortable with, and a lot of people don’t believe women are capable of the job,” she says. “It shouldn’t be a gender issue. Either you hire the best coach or you don’t. You have to be open-minded and you have to be forward thinking. We bring the same skills as men do. I also think we’re very attentive to detail. We talk through things to get to solutions. I don’t think there are that many things that separate us.”

In addition, some commentators suggest that after Title IX female and male coaches had to be paid equally. Prior to Title IX about 90 percent of coaches were female and were poorly paid. With the higher salaries more men found these positions attractive and competed for them. “Though Title IX has increased opportunities for female players, the number of female coaches has actually declined, even as the total number of jobs has expanded dramatically…The most significant unintended consequence of Title IX is the dearth of women in leadership positions,” says Mary Jo Kane, Director of the Tucker Center for Research on Girls and Women in Sports at the University of Minnesota. Since that time, women’s “share of the available positions dropped by half and has remained at about that level ever since, according to the 33-year longitudinal study, “Women in Intercollegiate Sports, 1977-2010,” conducted by the Acosta and Carpenter [sic]. In 2010, the proportion of women coaching women’s teams stood at the second lowest in history, 42.6 percent, with 21 fewer female coaches than two years prior. “Title IX has been a boon to male employment opportunities,” says Kane.

For Stanford women’s basketball coach Tara VanDerveer, recently inducted into the Basketball Hall of Fame, this gap represents Title IX’s greatest failure. She calls the lack of opportunities for women coaches a “disturbing trend” that says to girls, “It’s okay for you to play, but you don’t have what it takes to coach.”

As Ruth Bader Ginsburg reminds us, when discussing the importance of the Equal Rights Amendment: Any piece of legislation “can be repealed, it can be altered.” Recent events show how true her words are. The Trump Justice Department’s Civil Rights Division and the Department of Education’s Office for Civil Rights jointly rescinded Title IX  protections under the law for transgender students. And the Justice Department narrowed the definition of domestic violence, restricting it to actions that qualify as felony or misdemeanor crimes. Emotional, economic, or psychological abuse that were included in the Obama era definition  are no longer mentioned. And, as the Center for American Progress points out,  “Trump signed a bill to overturn Obama-era protections [of reproductive rights] allowing states to block funding for providers that also offer abortion with nonfederal funds, including Planned Parenthood.” The group provides  reproductive and counseling services related to family planning and contraception to 2.5 million 4 million clients each year.

Justice Ginsburg views passage of the ERA as a way to insure that anti-discrimination laws like Title IX cannot be rolled back. “I would like my granddaughters, when they pick up the Constitution, to see that notion – that women and men are persons of equal stature – I’d like them to see that is a basic principle of our society.”