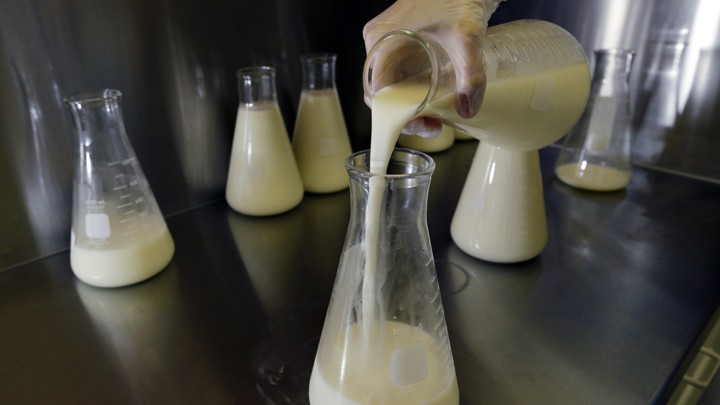 If you have been on the breastfeeding journey or supported a loved one through it, you may have heard these myths:

“Breastmilk alone is not enough.”

“Breastfeeding is for poor people who cannot afford formula or baby food.”

“Breastfeeding for a long period will make your breasts sag.”

I am no stranger to these myths. In fact, every year during World Breastfeeding Week celebrations (the first week of August), I find myself reflecting on my breastfeeding experience and the pressures parents on this journey are currently facing.

About five years ago, I gave birth to a beautiful baby girl, Zhane Lindiwe. I was particularly thankful that I had an easy pregnancy, which helped tp well-position me to commit to breastfeeding exclusively for at least six months. My mother is a nurse and I grew up in Kenya, where the social setup promotes breastfeeding and associated health benefits to both mother and baby.

But while I enjoyed a lot of support from family and friends, I found the first few weeks challenging. I encountered strangers and loved ones alike, caught up in breastfeeding myths and misconceptions spread by the  aggressive marketing campaigns of powerful corporations. These myths are passed on as ‘culture’ from one generation to another. This is difficult to resist especially when you factor in the sore and sometimes cracked/bleeding nipples, the sleepless nights, engorged breasts and intermittent flow of breastmilk, just to name a few of the challenges.

However, challenges that inform breastfeeding misconceptions work in favor of a $70 billion baby food industry, which impedes the confidence of mothers and undermines our breastfeeding choices to drive up sales of breastmilk substitutes. This industry is dependent on, and reinforces, long-standing and interlocking systems of oppression based on colonial histories including gender, class, race, caste and ethnicity.

Associated with the “uncultured poor,” breastfeeding was frowned upon during 17th century Europe. But when breastfed children seemed to experience better health outcomes, slave owners began to force enslaved mothers to become ‘wet nurses’ to their children. Ruling class mothers could then avoid what they felt was the ‘messy’ part of motherhood and maintain the hope of perky breasts, while allowing their children the health benefits of breastfeeding.

Today, countries in the global North have made significant progress due to policies such as longer parental leave, which allow women to embrace breastfeeding. According to the NGO Save the Children’s Breastfeeding Policy Scorecard, Norway, which has one of the most generous parental leave policies in the world, reports ninety-nine percent of babies breastfed at birth, and seventy per cent still breastfeeding exclusively at three months.

Globally, feminists have long upheld the right to breastfeed in public within hypersexualized cultures where displayed breasts are seen as sexual objects. This has birthed campaigns like #FreeTheNipple, which challenge the sexualization of female bodies but fell short in it’s feminist imaginations by excluding queer, trans, gender non-conforming and racialized narratives.

Milking Profits at the Expense of Global South Mothers

Breastfeeding myths continue to play a significant role in profit-motivated corporate strategies to capture markets today. According to an investigation by The Guardian and Save the Children, “Companies continue to use aggressive, clandestine and often illegal methods to target mothers in the poorest parts of the world so as to encourage them to choose powdered milk over breastfeeding.” This has compromised infants’ health and even led to infant deaths.

Mothers in Global Southern countries remain particularly vulnerable. For example, Asia represents 53% of the global market share of infant formula. Witnessing their sales flatten in the Global North countries, corporations are taking advantage of weak legislation in the global South to increase their sales of substitutes. In 2018, global sales were forecast to rise by four percent, according to Euromonitor, with most of that growth occurring in ‘developing nations.’ Essentially, the colonial legacy has taken the form of neo-colonialism, with global North-based corporations profiting in the global South, at the expense of the people – particularly women and their infants.

Yet these same corporations are increasingly emboldened in their actions, and use more overt tactics as they consolidate economic power, which is quickly translating into political power. In traditional human rights safe-keeping spaces such as the United Nations, we are witnessing ‘corporate capture’ with agendas that prioritize corporate profits over people’s lives and the environment.

Ducts of Hope: From corporate power to corporate accountability?

In 2018, Ecuador tabled a resolution at the World Health Assembly (WHA) supporting breastfeeding. The US government was not in favor of this resolution and proceeded to threaten countries with trade sanctions and withdrawals of military support if they endorsed it. They went even further by threatening to cut funds to the World Health Organization (WHO). (It’s worth noting that the infant formula giant Abbott Laboratories contributed to Trump’s 2017 inauguration ceremony.) Despite these threats from Trump’s administration, however, the resolution ultimately passed.

So while we celebrate gains made around the world during this year’s World Breastfeeding Week, the ongoing battle over breastfeeding begs for a moment of reflection, especially due to the imminent threat of breast feeding choices of mothers in the Global South. Let us join with global feminist mobilization to help ensure that all parents are supported with a safe environment to make the best feeding choices for their infants, free from powerful corporate influence.

Felogene Anumo is a  pan-African feminist activist who is passionate about using her creativity, politics and intellect to strengthen feminist movements to build collective power. She co-leads the Building Feminist Economies program at the Association for Women’s Rights in Development (AWID). During her free time, she loves to explore the world with and through the lens of her five-year-old daughter.