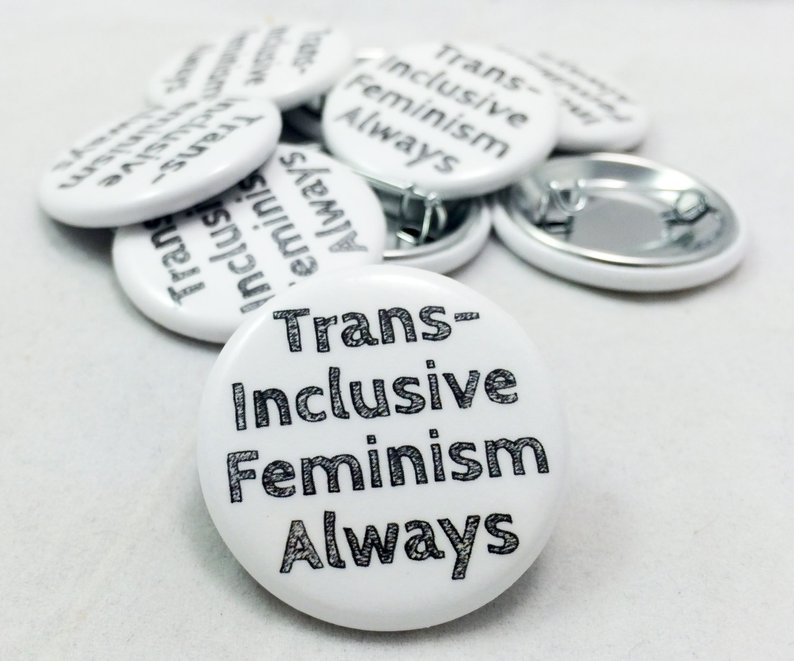 Last year, the UK government held public consultations for reforming its Gender Recognition Act, intended to seek input from trans people to ensure an accessible, affirming result, which would bring progress for the rights of trans people. Instead, it sparked a hateful debate about the very existence of trans people with a heavy dose of misinformation and fear-mongering. Similarly, a handful of anti-trans activists hijacked the front of the London Pride March last summer, shouting hateful slogans like, “dykes not dicks” and “trans women aren’t real women”. Over the last year, transphobia has only continued or worsened.  Conservative groups such as the Heritage Foundation hosted prominent events featuring transphobic so-called feminists in Washington, DC and at the United Nations, and there was an overall increase of trans-exclusionary rhetoric online and in the media.

Since today, May 17, is International Day Against Homophobia, Transphobia, Biphobia and Interphobia (IDAHOTB), I have been thinking about this rising transphobic activism, especially coming from women purporting to speak on behalf of lesbians and feminists like me. They’re often called TERFs, meaning ‘trans exclusionary radical feminists,’ but I think a more accurate moniker is “trans exclusionary radical fundamentalists.” Because, in fact, these activists align not with feminism but with the very forces seeking to erase LGBTIQ people’s lives and stall gender equality – populist, right-wing and anti-gender movements.

Just like any movement, feminism has grown in waves, developing and changing, with some factions becoming more intersectional, concerned with racial justice, police brutality, and wealth inequality, while others more conservative. Differentiation will inevitably continue, but absolutely fundamental to the fight for gender equality has been the rejection of the definition of gender as the sum of our body parts. Feminism understands gender as a personal experience shaped by social, economic, and cultural forces.

As such, there is nothing more feminist than standing for transgender rights. In turn, excluding trans women from the women’s rights movement is anti-feminist. Whether knowingly or not, anti-trans activists are aligning themselves with the anti-gender, right-wing movements which have grown in strength and numbers across the world, which advocate for restrictions on sexual and reproductive health, rights and education; to ban rights to abortion; and to create a new definition of gender based on biological determinism.

The similarities between anti-trans activism and the anti-gender, fundamentalist movements are striking. Last year the New York Times reported that “Transgender Could Be Defined Out of Existence Under Trump Administration.’ The Trump Administration was planning to define gender as an immutable, biological condition determined by genitalia at birth. The arguments used by the Administration are exactly the same as the ones spouted by advocates of exclusion of trans women.  They all claim that if you are born with a penis you are a man, and if you are born with a vagina you are a woman. This argument completely overlooks intersex people and ignores what decades of feminism has sought to highlight – that gender is a social construct.

Anti-trans activists claim that trans women pose a threat to ‘real women’, and some have gone as far as to accuse trans women of systematically raping lesbians. Such unfounded, blanket accusations are no different from President Trump’s attacks on Mexicans as “drug dealers, criminals and rapists”. They are no different from Hungarian president Viktor Orban calling migrants “terrorists” and “poison,” or Russia’ President Putin implying that lesbian and gay people are out to get children. All are brutal, hateful, and misleading labels of minorities, designed to exacerbate fear, marginalization and hate.

Disturbingly, these fundamentalists use the language of human rights to spout hate. Anti-LGBTIQ groups label themselves as protectors of the rights of the family, women and children. Anti-abortion campaigners use arguments of the ‘right to life’ of the fetus. Religious groups quote rights to freedom of religion and belief in their efforts to exclude LGBTIQ people. Anti-trans activists do exactly the same by using pseudo-feminist language about individuality and choice to argue that trans women somehow infringe on the rights of ‘real’ (meaning cis-gender) women, and lesbians.

In fact, what the anti-gender movement, populists and fundamentalists, and anti-trans activists all do is pin one human right against another, pretending life is a zero sum game. They claim that it’s the right to religious belief or sexuality; family or gender identity; women’s rights or trans rights; rights of the child or rights of LGBTIQ people.

This is completely flawed logic. Let’s not forget that we are never just one thing. We all have multiple, intersecting elements of our identities, and they are all protected. I am a woman, I value my family, I am a member of the LGBTIQ community, and these are in no way contradictory.

Since our inception in 1990, OutRight has been a proud LGBTIQ and feminist organization, fighting for gender equality for all women and LGBTIQ people. Seeing a group from within our own community aligning itself with the movements that advocate to ban abortion rights, to restrict women’s access to sexual and reproductive health services and education, to reinstate a binary society with would-be norms for women and men, and erase the very existence of LGBTIQ people shakes me to my core. Make no mistake, this is not feminism or lesbian activism. It is hate.

Jessica Stern is the Executive Director of OutRight Action International.