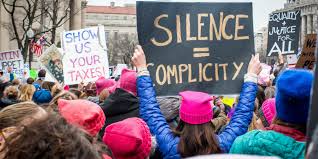 The US Government’s shutdown is a petulant display of minority power. It is a conservative coup against the will of the people. It is also a dangerous game that disproportionately affects women via a kakocracy with blatant disregard for them.
That’s just one reason why, on Saturday, January 19, 2019, women and allies across America will march again in a wave of rage and determination. What could have been a day of celebration for women’s progress since unleashing the rainbow sea of signs and pussy hats on January 21, 2017, has instead become an urgent call for change. Our nation is in a hostage situation and needs us all to help it break free, particularly for women who are the most vulnerable.
Congress recently passed legislation assuring that 800,000 federal workers will eventually be reimbursed for lost time during the US government shutdown, but only after the shutdown ends. Even so, this act does nothing to help custodians, cleaners and other contract support staff that have been out of work since just before Christmas. These workers, disproportionately women and often immigrants, will therefore never receive their lost wages, and are now scrambling to find jobs and money to feed and shelter their families in the dead of winter.
If the governmental shutdown continues into next month, the food programs that assist low-income people will run out of appropriated funding. This looming threat of the loss of the Supplemental Nutrition Assistance Program (SNAP) and other mother-support initiatives add stress to an already anxiety-ridden population of women trying to keep their families afloat. In a nation led by the wealthiest administration in our history, this disdain for the plight of low-income minorities is obscene.
Further, the WIC federal program that offers assistance to women, infants, and children known by providing millions of dollars for pregnancy support, breastfeeding and infant formula has been shuttered along with our government. States and limited emergency funds are therefore being forced to stretch their dollars to cover lower-income expectant and new mothers’ needs, foretelling disaster for America’s next generation.
Additionally, the shutdown has already dismantled other protections for women, including the Violence Against Women Act, which was allowed to expire on December 21, 2018. Further, the safe preparation of family meals in America, which is primarily provided by women, is also now in question since the shutdown has negatively impacted the Food and Drug Administration’s (FDA) ability to guarantee safety of our food, as well as the EPA‘s ability to guarantee safe water for all residents. This is an act of terrorism.
Although America’s citizens have spoken with our votes, in the conservative coup, this is not enough. Again and again the majority of our citizens have demanded progress, justice, equality,  and compassionate responses to these urgent environmental crises. Unfortunately, the Republican party has thus far responded with dangerous and overt actions against the will of the people, which include a majority of women.
Many who marched in protest on the day after Donald Trump’s inauguration have raised legitimate concerns about the language and tactics of some of the women’s marches. Even a quick glance at history shows that many social justice movements have been roiled with conflict when sudden alliances form to take down a common foe. It takes time for the mix of passion and anger to congeal into a unified purpose and approach.
We must understand that these frustrations, discussions and emotions will continue as we work toward equality, separately and together. Women have suffered massive injustices since this country was formed, but we are not a monolith. We each have vastly different histories, which will hopefully be understood and felt by other women in full and open compassion in the future, but we are not there yet. We can’t be, when so many of of us are just trying to stay alive.
Yes, the status quo of the patriarchy has been wounded by the midterms and is deeply threatened; they are fully armed and have begun firing at will. Yet women are the strongest and most legitimate defenders of the promise of democracy. That is why on Saturday, January 19, women must rise as high as we are able and protest as loudly as possible. Which march we attend doesn’t matter as much as our voice of rage does.
Lately, some media seems to have taken delight publishing stories that diminish women’s protests while emphasizing new spins on the old sexist trope of “catfights.” One day, a unified women’s protest will evolve with time and talking, deep listening and learning, and action and support. While that is our long-term goal as progressive women, this Saturday provides an opportunity for women and allies across America to show unity beyond boundaries, borders and bigotry by rising as one against the shutdown.

Alyson Palmer is the founder and executive director of 1@1 Women’s Equality Actions and a member of the feminist trio, BETTY.

The 1@1 Minute for Women’s Equality
On January 19, 2019 at exactly 1pm EST,  the largest shared action for equal rights, justice, representation and opportunity on Earth will take place. No matter where you are, your focus will unite you in the same action with thousands of women and allies worldwide. Visit 1at1.org for details.
Information about a variety of women’s marches scheduled on January 19th in the US,
as well as globally, can be found by clicking onto the links below:
https://www.wearemarchon.org
https://www.womensmarch.com/2019/
https://womensmarchglobal.org