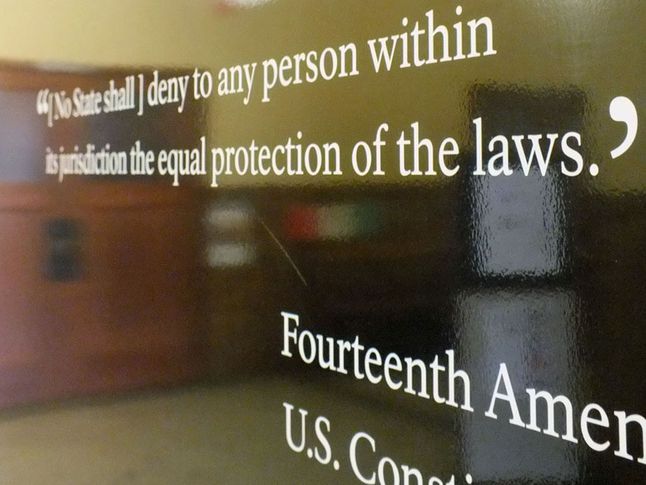 It is no secret that Donald Trump has long-wanted to eliminate Section 1 of the Fourteenth Amendment, which grants automatic US birthright citizenship for the children of undocumented immigrants. It was an idea he had even expressed during his presidential campaign. Yet while his ability to do so through an executive order remains unclear, what is very clear is that eliminating this amendment would hurt immigrant women most.

In 2016, for example, over 460,000 women who immigrated to the US had an immediate relative who was a US citizen, or did so through some other form of family sponsorship. The suggested cuts by the Trump-Grassley legislation, however, would potentially prohibit as many as 200,000 women from immigrating annually, and these women, in many cases, are primary drivers of their families’ integration.

These cuts would further impact adults between the ages of 25 and 54, considered to be prime working ages. For immigrant women in this age group, specifically, their numbers would drop by more than 110,000 per year. And since only 12 percent of women are able to currently enter the US through employment based preferences, they have to rely more on family-based immigration and the diversity-visa programs. The removal of many of these family-based immigration programs would therefore affect women’s immigration opportunities most.

It was the 14th Amendment, in fact (ratified on July 9, 1868), that ultimately provided women with equal immigration rights by granting citizenship to “all persons born or naturalized in the United States.”  Additionally, it forbade states from denying any person “within its jurisdiction the equal protection of the laws.” This, despite  the second article of the Fourteenth Amendment introducing the word “male” into the Constitution in respect to voting rights, gave women’s rights advocates the wording they felt they needed at the time to make a case for women’s rights (including suffrage) on the basis of the first article of the Amendment, which did not distinguish between females and males in granting citizenship rights.

Still, it wasn’t until 1971, in a case where the Supreme Court heard arguments of Reed v. Reed, that the Court decided that the Fourteenth Amendment did prohibit unequal treatment on the basis of sex. This was the first US Supreme Court decision to apply the Fourteenth Amendment’s equal protection clause to gender or sexual distinctions, and one that was argued by Ruth Bader Ginsburg, then a lawyer with the American Civil Liberties Union. In this case, the Supreme Court ruled that the 14th Amendment’s Equal Protection Clause does indeed apply to women.

Yet, it is clear that this ruling did not go far enough, as evidenced by the now famous quote by Supreme Court Justice Antonin Scalia (who died in 2016), when he told a law school audience in 2010 that the Constitution does not guarantee equality for women. “Nobody thought it was directed against sex discrimination,” he claimed.

And that is why the Equal Rights Amendment must be added to the Constitution. It would not only significantly improve women’s chances of receiving equal pay for equal work, but would also provide them with a higher standard of protection from gender-based violence, while making it harder to deny them access to health care, and accommodations during pregnancy.

“If I could choose an amendment to add to the Constitution, it would be the Equal Rights Amendment,” Justice Ruth Bader Ginsburg said in 2014. “I would like my granddaughters, when they pick up the Constitution, to see that notion – that women and men are persons of equal stature – I’d like them to see that is a basic principle of our society.”

About the author: Kayla Seals Allers, a freshman at Spelman College, is a 2018 fellow in the Sy Syms Journalistic Excellence Program at Women’s eNews, funded by the Sy Syms Foundation.