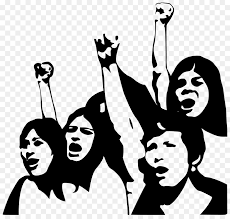 Hostility against women is moving from the basement trolls to the mainstream.

Donald Trump can’t stand powerful women. Will his attacks on them give more credence to the long-standing notion that women are, by nature, unsuited for power?

A long list of groups and individuals have been in the crosshairs of Trump’s rage. But arguably, women have taken the brunt of his attacks. And it’s not just immigrant women who have had their children taken away from them at the southern border with, in many cases, little chance of being reunited with them. All women, including affluent women, are at risk of losing access to reproductive health care and contraception. And let’s not forget the dozens of women who have accused him of inappropriate sexual advances.

Clearly, his sharpest arrows have been directed at prominent women in the US and abroad who seem to ‘get under his skin.’ Indeed, the lineup is a veritable who’s who of the world’s most high-profile and powerful women. The list includes German Chancellor Angela Merkel, Secretary Hillary Clinton, British Prime Minister Theresa May, Senator Elizabeth Warren, and GOP presidential candidate Carly Fiorina.

Each of these high-profile women has a platform she is using to voice strong opinions, which are often critical of Trump. In addition to his overarching misogynist message, he is sending another, more insidious, message to ordinary women; stifle your views, keep your heads down and your mouths shut. There is plenty of evidence to show that speaking truth to power is a punishable offense in the era of Trump.

He is hardly the first male to demand female silence. The Bible (1 Timothy 2:11-15) says, “Let a woman learn quietly with all submissiveness. I do not permit a woman to teach or to exercise authority over a man; rather, she is to remain quiet.”  Aristotle decreed “Silence is a woman’s glory.”

Amnesty International reports that, “Overall, this type of violence and abuse creates a hostile online environment with the aim of shaming, intimidating or degrading women. In a recent poll commissioned by Amnesty and carried out in eight countries, 23% of women surveyed across all countries – that’s nearly one quarter – had experienced online abuse or harassment.”

Hostility against women is moving from the basement trolls to the mainstream. In 2017,  researchers from the Wharton School of Business researched how women and men negotiate, and observed that since Donald Trump’s election there had been a marked “increase in men acting more aggressively toward women.” The Guardian notes that “A backlash is on against the few gains that women and girls have made, slowly, painfully and with unnumbered sacrifices down the decades, as men and boys are encouraged to see women as their competitors in an unfriendly world.”

These warnings strike an unwelcome and dissonant note today. Just as women are finding their authentic voices and speaking out against violations at work, in the doctor’s office, and at home, they need encouragement for stepping out of the shadows and expressing their authenticity. The last thing they need is to hear Trump telling them what they have been hearing forever; be nice, don’t make waves, and don’t forget that your job is to please men, not call them out.

In 2018, the news media made much of the unprecedented number of women running for public office, especially for Congressional seats, but this has happened before. The year 1992 was decreed “The Year of the Woman” when a few additional female senators were elected. Still, power in government has changed little since then. Will the upcoming midterm election really change things? Perhaps, but there is a long hard road ahead.

British classics scholar Mary Beard writes in her new book, Women & Power: A Manifesto, that women who seek power are viewed as “taking something to which they are not quite entitled.” One of Hillary Clinton’s campaign speeches in 2008 was interrupted by several young men holding up a banner reading, “Iron My Shirt,” a clear statement that women should be staying home and tending to their husbands, instead of speaking in public.

The culturally accepted assumption that women do not really ‘belong’ in the public arena acts to silence women. Take, for example, the attacks on Senators Elizabeth Warren and Kamala Harris when they spoke up in Congress. Warren was giving a speech on the senate floor that was critical of then-Senator Jeff Sessions (a Republican from Alabama). In her speech, Warren read a decades-old letter from Coretta Scott King, accusing him of racist motives. Senate majority leader Mitch McConnell used a little-known rule to cut her off in the middle of the speech—which she was forced to finish in a hallway.

California senator Kamala Harris aggressively questioned a witness at a high-profile hearing about the Muller investigation into Russian meddling in the 2016 presidential election. The senate intelligence committee chairman, Richard Burr, basically told her to shut up. Rarely, if ever, does that happen to male senators.

Women, as well as men, are often unhappy with women who seek power. Research shows that even today women who speak up are treated harshly, especially in politics. Yale researchers Tyler Okimoto and Victoria Brescoll found that when both men and women viewed male politicians as power-seeking, they also viewed them as “being more assertive, stronger, and tougher” and having greater competence. The opposite was true when women candidates were power seeking. Both sexes found such women to be “unsupportive and uncaring” and experienced feelings of  “moral outrage (i.e., contempt, anger, and/or disgust) towards them.” This is exemplified through the ‘Lock her up!’ chants continually directed at Hillary Clinton during Trump’s rallies.

When Donald Trump won the presidency, white women voters took a lot of the credit. According to the election exit polls, 61% of non-college-educated white women voted for Trump, and so did 44% of college-educated white women. Sociologist Kelsy Kretschmer of Oregon State University, co-author of a recent study examining female voting patterns, explains it this way: “Women consistently earn less money and hold less power, which fosters women’s economic dependence on men. Thus, it is within married women’s interests to support policies and politicians who protect their husbands and improve their status.”

Today, a slew of popular  “You-go-girl” books encourage young females to shake off traditional bonds, defy the stereotypes and go for it. Their message is: ‘Dream big’ and ‘Always believe in yourself.’ Yet women who follow this advice are exactly the type of women Trump denigrates. He surrounds himself with women yea-sayers who toe the party line, who are not able to stand up for themselves, and who are unwilling or unable to challenge him, even when he contradicts himself.

Perhaps Senator Elizabeth Warren had the best reply to Trump: “Donald Trump is a bully, and he tries to bully me in order to shut me up…it isn’t just me Donald Trump’s going after; it’s every woman who speaks up. And he thinks we should sit down and shut up?”

It’s tempting to predict that this will all change, and soon.  However, this may not be a bet you should put money on.

Dr. Rosalind C. Barnett is an award-winning psychologist who has directed major research projects for federal agencies and the Alfred P. Sloan Foundation, among others. Caryl Rivers is a Professor of Journalism at Boston University. They are the authors of “The New Soft War on Women” (Tarcher/Penguin)

Ensuring the Habitats of Future Generations through Green Buildings 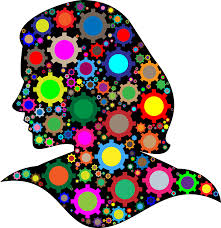