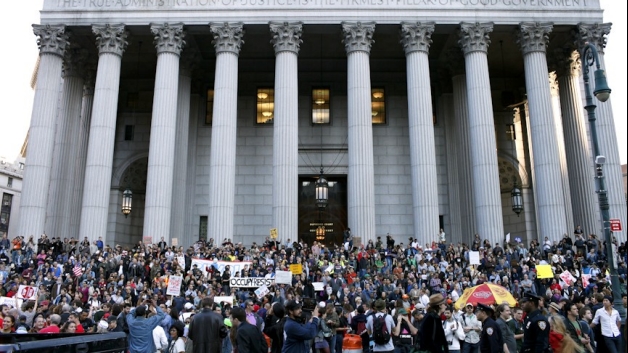 Earlier this summer, we saw the Trump/Pence regime escalate its attacks on immigrants to a terrifying new level. As if indefinite detention, deportations without due process, and military-style raids weren’t bad enough, now refugee and migrant children have been ripped away from their families and placed in literal child concentration camps. The regime has also begun testing the waters on restricting legal immigration as a tool for intimidation and repression—targeting immigrant activists, setting up a denaturalization task force, and stepping up surveillance power, so that even those with documents or full citizenship are increasingly afraid. More ominously, when held up against the United Nations definition of genocide, the actions of this regime are laying the groundwork for further crimes against humanity. In the UN definition, genocide includes causing serious bodily or mental harm to members of a group, “deliberately inflicting on the group conditions of life calculated to bring about its physical destruction in whole or in part,” and “imposing measures intended to prevent births within the group,” for example, by “forcibly transferring children of the group to another group.”

Under a fascist regime, each outrage is a dress rehearsal for an even greater one. If the Trump/Pence regime can convince the public to accept something as tragic as children in cages, they are banking on the likelihood that they can get away with anything. Meanwhile, they’re not just leaving things up to chance, but actively and rapidly remaking the government to eliminate checks and balances. It is no accident that earlier this summer we also witnessed the Supreme Court side with the regime on crucial areas of gay rights, voting rights, women’s rights, and the rights of immigrants, refugees, and Muslims. Now, with Justice Kennedy’s retirement, it’s poised to become a long-term, pro-fascist majority if Trump is allowed to appoint Brett Kavanaugh, chosen expressly to overturn Roe v. Wade.

None of this has been allowed to pass without resistance. When the media exposed what was happening to immigrant children at the border, it righteously caused a public outcry, with protests erupting outside of Immigration and Customs Enforcement (ICE) offices. ICE has spread fear throughout immigrant communities since its founding in 2003, but under Trump, it has become the American Gestapo, and in reaction, calls to #AbolishICE are gaining ground. Activists for women’s reproductive rights have also called for renewed vigilance, correctly identifying the danger of Trump’s pick to replace Kennedy, Brett Kavanaugh. These are grave emergencies affecting millions of lives, and those lives must be protected.

Yet there is a question of strategy that needs to be explored. Can we stop these outrages by fighting on a parallel track with this regime, resisting each outrage as the regime carries on, trying to control the narrative where we can and organize local initiatives that can mitigate the worst effects of these policies? Even without stopping them, can we protect enough people, save enough lives, or slow down the advancement of fascism enough to ride this out until 2020? If we allow Trump and Pence to complete their term, despite winning the election as it is set up under this system, what will the world look like when they have accomplished even half of what they are trying to accomplish?

The movements to abolish ICE and to protect Roe v. Wade are just two examples of many struggles that are running along a parallel track with the Trump/Pence regime. But how to win these battles in this political climate requires a serious examination of the whole plan and vision of this regime to tear up the existing norms and replace them with a new normal of fascist power. Once fascism is consolidated, the mechanisms we used to rely on to redress society’s injustices no longer exist. This fascist consolidation is happening now, at an accelerated pace.

For many years, organizing around individual issues was an effective strategy in this country. This is how many important rights were won, including marriage equality for gay couples. But under a fascist regime, the rules have changed.

For one thing, the government oversight bodies to whom various groups could appeal for redress are now either increasingly or fully under the influence of the Trump/Pence fascist regime. Who is being appointed to the federal courts and the Supreme Court, and by what means? From stealing a Supreme Court seat to employing the “nuclear option” allowing judges to be confirmed by a simple majority, the New York Times reports that Trump “is poised to bring the conservative legal movement, which took shape in the 1980s in reaction to decades of liberal rulings on issues like the rights of criminal suspects and of women who want abortions, to a new peak of influence over American law and society.”

Who is running the EPA? Scott Pruitt—a right-wing attack dog against the EPA who succeeded in undermining the agency he was charged to lead—has been replaced by another energy lobbyist and climate change denier, Andrew Wheeler, who will continue to deregulate the environment without the ethical scandals. Who is running the Department of Justice, the Department of Education, or the Department of Homeland Security? These departments are now headed by far-right hacks whose whole mission is to neutralize or destroy those agencies, or use them to further advance the regime’s fascist program. This is why Trump picked Rick Perry to run the Department of Energy, the very department he vowed to abolish, and why Betsy DeVos, who is outright hostile to secular public education, is in charge of our nation’s public schools. To the extent that any separation of powers still exists through the legislative branch, the Democratic Party leadership has continually promised to reach across the aisle for the sake of unity and compromise. What does this mean for the people, where there is no one to compromise with but a completely fascist-controlled GOP? The fascists in every branch of government, under the leadership of Trump and Pence, are pulling the rug out from under us at every turn and changing all the rules of the game.

Further, whereas in recent years single-issue organizations helped raise awareness,especially of underserved groups’ needs, thus creating clarity and focus, in this new era the same atomization actually destroys clarity and focus. It does this not because any of these issues have lost their urgency (they haven’t), but because it plays into this regime’s genius for using a constant barrage of daily horrors to overwhelm us. On Monday it may be immigrants under the bus; on Wednesday it may be women. No matter how devastating each individual fascist crime may be, by next week it’ll have been overwritten in the public mind by new ones. This deliberately keeps us from looking at any individual horror too closely, or connecting them to the common cause underlying them, which is the consolidation of American fascism.

Under this regime, fighting each battle as it comes is actually putting the cart before the horse. This is counterintuitive, but true. It may seem ‘wiser’ or more ‘realistic’ to work on one little piece of the problem, where surely one’s small contribution will make more headway, than to boggle helplessly at the immensity of the whole. People are understandably afraid of becoming paralyzed with fear, and under normal conditions it probably would be wiser to break it all down to bite-size pieces and divide the labor. But none of this is normal. We must acknowledge the tectonic shift that has happened, and be ready to let go of old scripts for liberation that did well in the past but do not suit the challenge we now face.

Too many of us think that we can wear down the regime with resistance to each outrage, but consider this. A few weeks ago, it was unthinkable that the separation of children from their parents at the border would fall away from the public conscience. But then the next shock came, and look what’s happened. Right now, Russian interference is a galvanizing issue for the mobilization to occupy Lafayette Park, but it too can fall off the radar when the next shock comes around. We have to stop allowing the next shock to come around. This has been a problem since the beginning of this regime: focusing on just one atrocity of the moment means that when it’s not of the moment anymore, the opposition is scattered again.

How do we win victories under these siege conditions? By realizing and internalizing that a rare thing has occurred: though removing Trump and Pence won’t solve all these problems in a stroke, it is now the single necessary precondition for moving forward on any of them. Through the process of standing together to demand this regime be removed from power, not just for ourselves but for all humanity, a transformation in people’s sense of agency will also occur. It would puncture the defeatism and hopelessness that is affecting millions of people who do not want the kind of future this regime is promising. Things are usually not that simple in life, but for once, this time, they are.

If we feel dizzy and motion-sick, it’s for good reason. This is a speeding locomotive on a collision course with humanity. We are all going to be swept up under it if we don’t actually run that locomotive off the tracks, a feat that is difficult but not impossible. It is much more possible than trying to abolish or replace ICE under this regime, or restore judicial independence under this regime, or end election interference from another fascist power under this regime. Without this regime determined to put every roadblock imaginable in our path, all of our righteous demands and much more become possible.

The events of this summer have illustrated one point very clearly. The basis for driving out this regime lies in their very actions against the people of the world. RefuseFascism.org has compiled a series of Indictments showing the scale and scope of the regime’s crimes against targeted groups, against the environment, and against the very idea of truth. Human rights can never move forward under fascist rule. Destroying the very concept of universal human rights is what fascism is all about.

The Trump/Pence regime is a unifying factor in all of our struggles. We see this when we attend various protests on separate issues.  There is an awareness that we’re out in the streets in large part because of what this regime is doing to people. People’s signs, their statements, and the general sentiment in the crowd clearly call out Trump and his regime. Trump’s trip to the UK was met with massive demonstrations of hundreds of thousands of people, and after he joined Putin at the podium in Helsinki to deny or excuse Russian interference in the 2016 elections, new protests erupted with a call for Trump’s immediate resignation or impeachment.

What remains is to transform that awareness into a deeper understanding and a basis for unified and lasting resistance. A basis for millions of us to join together in the streets day after day, for as long as it takes, until this regime is gone. Together (and only together), can we bring the locomotive to a screeching halt and change the course of history. With the right strategy, we have the power to stop a catastrophe for humanity and the planet. A better world is possible, and it’s up to us, in our millions, to make it real.

Coco Das and Sarah Roark are frequent contributors to RefuseFascism.org. Refuse Fascism is building a movement to drive out the Trump/Pence regime through sustained, non-violent protest. Follow Coco and Sarah on Twitter @amarporahona @AfterDaylight