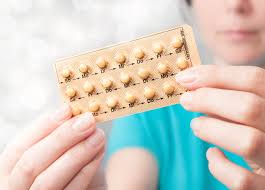 I didn’t really like politics. It never really interested me until earlier this year when a decision made by politicians impacted my life. During a holiday break from school in December, 2017, I received a letter from my health insurance company notifying me that it will no longer provide prescription coverage for my birth control pill, Yasmin 28.

Understandably, I was very confused about why my previous coverage was cancelled. I called my insurance company, but they didn’t give me any reasons about why my birth control coverage was dropped. I talked about this with a number of my girlfriends only to realize that I wasn’t alone. Several of my college roommates had similar experiences.

A friend who was majoring in women’s issues and political science had the answer. She explained that last October the Trump Administration made a major change to contraception coverage. From then on, employers could deny women insurance coverage for contraception by claiming a religious or moral exemption.

I was shocked. This is America. Aren’t we supposed to be the “land of the free”? How could the government have total control over something so personal and intimate? For the first time in my life, I was directly impacted by politics. I didn’t just take birth control so I could prevent pregnancy. I took it so I could regulate my irregular, heavy periods.

Still being covered my the generic form of Yasmin 28, I thought I was lucky.  This, however, turned out not to be true. After a few months of taking the generic form, I began experiencing side effects. After three months, I barely recognized myself. I was suffering from daily acne breakouts, gaining weight and experiencing constant mood swings. One minute I’d be laughing and joking, and the next minute I’m crying over the delivery man getting my food order wrong.

I felt like I was at war with my own body. Previously, I had clear skin and was always exercising, but sticking to my previous work out regimen became increasingly difficult. I also started craving fatty foods and ate much more than before. Still, switching back to my previous birth control was not an option. With an out-of-pocket cost of $70 a month, I could not afford it in addition to my housing fees, car payment, utilities, and textbooks. As a full-time student, every dollar matters in my budget.

Desperately seeking help, I went to my school’s campus clinic and learned about a free mobile app, WellRX.com, that allows students to search for the lowest prices for all medications in their neighborhood. I was able to find a pharmacy for Yasmin 28 at a cost of only $20 out of pocket.

At the end of the day, politics do matter – no matter how old you are, or what you needs are. Politicians and the laws they enact will do have an major impact on us, regardless of where, and who, we are.

About the Author: Allie Mirsky is a student at Muhlenberg College, Class of 2020