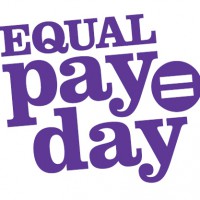 It’s something my mother told me, time and time again, for as far back as I can remember. “Don’t do anything to make the men in your life look bad,” she would say in a scolding manner, while shaking her finger at me. I believe the first time I heard it I was in third grade. Rather than being proud of my high score on a national reading exam, I was scolded for performing much higher than my similary-aged brother.

But this warning did not limit itself to my scholastic achievements, nor to my brother. It included my athletic prowess once I became a teenager, and then  again, when I joined the full-time labor force after graduating from college. This struck me as particularly senseless, since I grew up in public housing, where every penny my parents earned counted, and was counted, even though my mother worked a similar job but still made less money than my father. I, too, was told not to earn any more money than my father ever did.

It is now 50 years since my mother first gave me this warning. And although this message persists in her mind, my real concern is that it may persist in the minds of many others as well. Could this be the underlying reason why so many countries, including the US, will not guarantee equal pay for women and men?

Since today, April 10th, is Equal Pay Day, there is no better time to consider this. Women in the U.S. who work full time, year-round are paid only 80 cents for every dollar paid to men — and for women of color, the wage gap is even larger. This is despite research that has shown, time and time again, that women’s earnings are increasingly important to the economic stability of families. In the US, for example, half of all households with children under 18 have a breadwinner mother, who is either a single mother who heads a household, or a married mother who provides at least 40 percent of the couple’s joint earnings.

The benefits to providing equal pay are even more convincing:

Unfortunately, however, the mission (and definition) of patriarchy is to maintain a social system where males hold primary power and predominate in roles of political leadership, moral authority, social privilege and control of property (finances). So, for those who wish to maintain that power, these benefits may not be of interest at all. Perhaps, then, the additional facts below will prove more compelling to the unrelenting:

In light of this evidence, the US should be primed to make equal pay a necessity, since everybody benefits, right? Wrong! Just two weeks ago, on March 27th, Donald Trump signed an executive order revoking the 2014 Fair Pay and Safe Workplaces order that former President Barack Obama put in place to ensure that companies with federal contracts comply with 14 labor and civil rights laws. The Fair Pay order was enacted following a 2010 Government Accountability Office investigation showing that companies with rampant violations were being awarded millions in federal contracts. The Fair Pay order therefore included two rules that impacted women workers including paycheck transparency and a ban on forced arbitration clauses for sexual harassment, sexual assault or discrimination claims.

Rather than to keep this order in place, the Trump administration’s solution to help families fare better economically is their new Republican tax bill, passed at the end of 2017, which the Republican Congress assured would lower the taxes on working families. It won’t. In truth, low-income families who claim the new earned-income tax credit will lose out on at least $19 billion over the coming decade under the bill because of the change in the way inflation is calculated. And a new requirement that families claiming the child tax credit provide a Social Security number is projected to mean a big reduction in the families claiming it, since those who are not in the United States legally would be prohibited, even if their children were born in the United States.

So rather than committing to mandatory equal pay which would assuredly improve the US economy, increase annual earnings for middle-class families, and help millions of families move above the poverty line, we were presented with a tax ‘cut’ that will only lower our net earnings, long-term.

It’s enough to even make my mother proud! 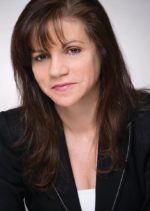 Lori Sokol, Ph.D., is the Executive Director of Women’s eNews.

2 thoughts on “The Senselessness of Women Earning Less”