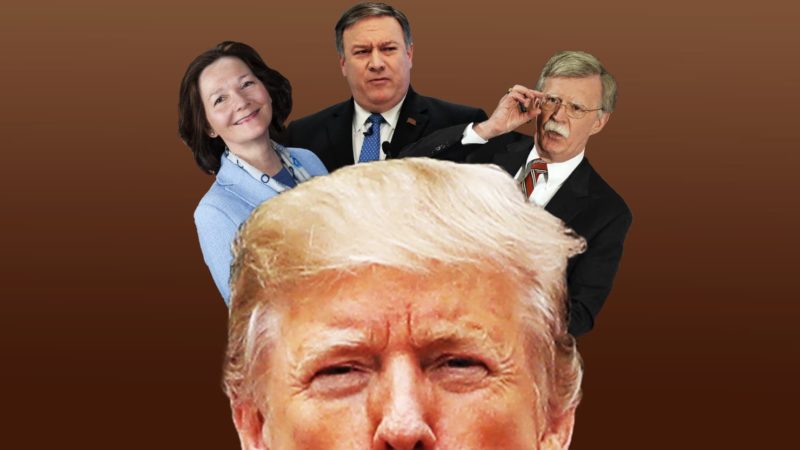 Trump’s New War Cabinet: An Even Greater Danger to Humanity

All this comes on top of a year in which Donald Trump has made clear his determination to shred existing legal, political, and international norms.

In the last week and a half, Donald Trump has made significant and ominous changes to his cabinet. It would be dangerously irresponsible to chalk this up simply to “chaos” on Trump’s part. There is a method to his madness. Trump is consolidating a fascist war cabinet that puts millions of lives all around the world in existential danger.

On March 13, Trump fired Rex Tillerson and appointed Mike Pompeo as secretary of state. Pompeo is a Christian fundamentalist fascist who denies the scientific fact of climate change. He has advocated for even greater government spying on the population. Most perilously, he has argued for preemptive war against North Korea and mocked the idea of negotiations.

That same day, Trump nominated Gina Haspel to replace Mike Pompeo as the head of the C.I.A.  Haspel personally ran the interrogation program at a secret prison in Thailand where the U.S. tortured those they claimed were “terrorists.” Under Haspel’s watch, those accused by the U.S. were stripped naked, beaten, slammed into walls, starved, and deprived of sleep for days. Some were locked in boxes resembling coffins. Haspel also supervised waterboarding – a heinous act recognized as torture all around the world. Later, Haspel ordered the destruction of 92 tapes which documented these horrors.

Then, last Thursday, March 22, Trump announced that John Bolton would replace General H.R. McMaster as national security advisor. It would take pages to document the full menu of truly shocking crimes against the people that Bolton has been instrumental in pushing, so I will now just name a few. In the late 1980s, Bolton played an important role in working to cover up the Iran-Contra scandal, during which the US secretly sold arms to Iran, flooded the inner cities of the US with drugs, and sent weapons to death squads in Nicaragua. Under George W. Bush, Bolton helped construct the phony “intelligence” that greased the way to the U.S.’s war on Iraq that has fueled an estimated 2.4 million deaths. In 2015, Bolton wrote an op-ed titled, “To Stop Iran’s Bomb, Bomb Iran,” and more recently, he wrote a piece called, “The Legal Case for Striking North Korea First.”

All this comes on top of a year in which Donald Trump has made clear his determination to shred existing legal, political, and international norms. During a briefing from a foreign policy expert before he became president, Trump asked, three times, if the U.S. has nuclear weapons, why can’t he use them? He boasted the he would not only conduct torture, but would kill the family members of those accused of terrorism. Those are crimes against humanity. He has said he wants to pack even more human beings into the torture island known as Guantanamo. And he threatened to unleash “fire and fury, like the world has never seen” against North Korea. Stop and let those words really sink in: “Fire and fury like the world has never seen.”

Let’s not forget what the world has seen. The US invasion of Iraq destroyed the country, drove five million into exile, fueled the nightmare of Islamic fundamentalism that has made life a living hell – and been used as the justification of even greater US military intervention and assault – for millions more throughout the region. During the US war against Vietnam, an estimated three million Vietnamese were killed, including many who died writhing in agony as Napalm (jellied gasoline) clung to and burned through their flesh. And never forget that the U.S. is the only country that has used nuclear weapons on civilians – murdering 140,000 in Hiroshima and another 70,000 in Nagasaki.

All this – and more – is what Trump brags he will outdo. Indeed, the Congressional Research Service recently estimated that as many as 300,000 people could die in the first few days of war against North Korea – and that is the estimate assuming there are no nuclear weapons involved. If the war becomes nuclear, experts have said there could easily be a million deaths on the first day. And that would only be the beginning.

The writing on the walls could not be more clear. Trump has assembled a team that is fully prepared to plunge the world into catastrophic wars that could easily and quickly spin out of their control. The question is, what will we do?

This past weekend, millions took to the streets filled with a righteous anger against the mass violence inflicted on young people living in this country. RefuseFascism.org insists that we should all be just as impassioned and motivated to stand up against the violence that the Trump/Pence Regime is preparing to unleash against North Korea, Iran and possibly beyond. Indeed. Are the lives of their children any less precious than our own?

Sunsara Taylor is an advocate for the New Communism developed by Bob Avakian, a writer for Revolution Newspaper (revcom.us), and a co-initiator of RefuseFascism.org. 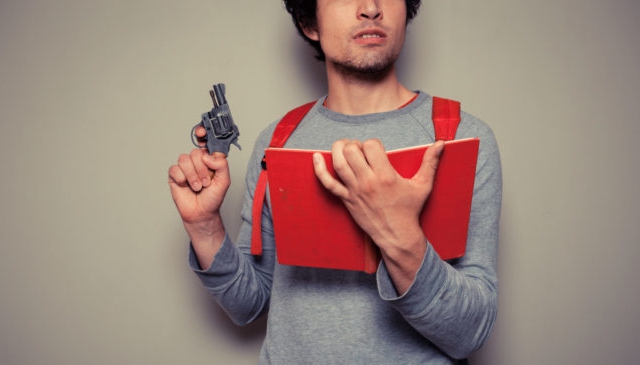 Students: Time is Ripe to Add Gender to Gun Debate 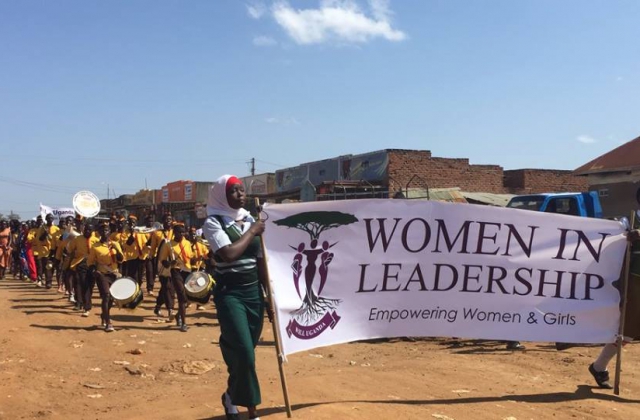 Two Girls in Uganda: Stepping Up by Speaking Out