Now the challenge is to seize the momentum generated by this law. We must translate its powerful words to elevate women in all our diplomacy and security sectors.

With International Women’s Day approaching on March 8th, it’s fitting to take note of one of the few hopeful moments in American politics this past year: The enactment of the Women, Peace and Security Act of 2017 was a quiet bipartisan landmark, the culmination of more than two decades of relentless advocacy to involve women in decisions on war and peace.

But it’s also just the first step toward turning this lofty goal into daily practice for the U.S. government and its many agencies that deal with peace and security. As Gen. John Allen, former commander of coalition forces in Afghanistan, said at a seminar on the new law in Washington, DC, ‘the challenge now is to transform an idea into a doctrine that shapes our actions.’

It’s hard to imagine a more across-the-aisle legislative milestone in this era of division and deadlock. After all, when Donald Trump signed the bill without fanfare or ceremony in October, he completed a process set in motion by then-Secretary of State Hillary Clinton in 2011, working with Secretary of Defense Bob Gates (a Republican), and White House National Security Council official Samantha Power. The House and Senate each had approved the measure by unanimous voice votes. Congressional sponsors of the bill, women and men alike, led from the right and the left.

That all these players could embrace the bill demonstrates the broad acceptance this approach has earned across the aisles of power. Among the most passionate advocates were Sen. Jeanne Shaheen (D-NH), along with Rep. Ed Royce of California, a California Republican who chairs the House Foreign Affairs Committee. At a hearing he convened, Royce declared: “The benefits of women’s participation—and the risks of their exclusion—in all aspects of governance and peacemaking are too great to ignore. “

Today’s emphasis on women’s leadership includes their effectiveness countering violent extremism. But the emergence of the concept dates back to the early 1990s, when there was increasing recognition that the absence of women at the negotiating table had made peace more elusive in the Balkans. In fact, their omission was the global norm. May it be that women are untapped resources who can stanch violent conflict? Around that time, the dean of Harvard’s Kennedy School of Government, Joseph Nye, declared women to be key actors in his model of “soft power.” In 2000, the UN Security Council embraced this principle with a widely heralded resolution calling on all countries to recognize that women are not only victims of war, but powerful, essential actors in building enduring peace. Since then, almost 70 nations have accepted the Council’s challenge to develop national plans to elevate women in all aspects of peace and security.

New research has borne out the value of including 100% of a nation’s population in the quest for stability. Almost half of peace agreements last only five years. But those that involve women are much more likely to last at least fifteen.

The movement to encourage women’s participation in peace and security has grown in strength since women gathered in Beijing in 1995 to press an agenda of women’s rights. For nearly 20 years, the DC-based NGO Inclusive Security has worked with policymakers around the world to ensure they benefit from the leadership of women at the front lines. From huts to palaces, we have heard how women prevent more violence, stop the bloodshed, and rebuild their nations after war. A network we created of more than 2,000 women leaders prods policymakers to include women’s insights, as together they design solutions to security challenges.

Inclusive Security President Jacqueline O’Neill testified at the House committee hearing on the new bill: “We listen to pioneers like Betty Bigombe of Uganda, Monica McWilliams of Northern Ireland, and so many others, who fought resistance at every step of their path to the peace tables where decisions affecting their lives were made. We’re told stories of Liberian women physically blocking the doors until the negotiating parties agreed to stop the violence. … Colombian women are largely credited with laying the foundation that led to the country’s current, and so far largely successful, peace talks. They’re mediating conflicts at local levels. Women in ISIS-controlled territories in Syria have negotiated to re-open schools.”

At the Senate hearing, O’Neill noted that Inclusive Security’s Women Waging Peace Network includes “women like those recently displaced by war in South Sudan who, when war broke out, began to cross the partition that divided their refugee camps in half. At first, they crossed to share stories over tea in each other’s tents, and then to organize a joint march to the governor’s house—most walking barefoot for hours under a blazing sun—to demand an end to the violence and a voice in the process.”

With the law in place, Congress will now monitor the government’s implementation of a national strategy that includes how our government advances women’s participation around the world. The law calls for women to be consulted and their interests to be integrated into policies to prevent and recover from conflict, including terrorism.

We’ve seen women lead with courage and imagination in some of the world’s deadliest wars. In Rwanda, after the 1994 genocide that wiped out ten percent of the population, women assumed leadership roles in Parliament, the Cabinet, courts and business. They helped invent new paths to reconciliation and development. With the highest percentage of female legislators in the world (today 64%), Parliament granted women the right to inherit property, giving them not only financial stability but also collateral to start businesses. Rape has been made a war crime. And Rwanda is the gold standard of national rebirth and growth.

And what about the United States? Women’s leadership in foreign policy is uncontroversial – even in our divisive political climate, the Women, Peace, and Security Act sailed through Congress without objection. Now the challenge is to seize the momentum generated by this law. We must translate its powerful words to elevate women in all our diplomacy and security sectors.

At a D.C. forum in 2015 hosted by Inclusive Security, two US generals took the stage: One was John Allen, now president of the Brookings Institution, said: “No nation can emerge from conflict into development and beyond without embracing and harnessing the stabilizing, the creative, and the intellectual forces of 50 percent of its the population … the women.”

Gen. Daniel Leaf, former deputy commander of the US Pacific Command, made a more direct case for including women in building a peace that lasts: “It’s stupid not to.”

Swanee Hunt is the Eleanor Roosevelt Lecturer in Public Policy at Harvard’s Kennedy School of Government. As US Ambassador to Austria, she was involved in peace negotiations to stop the Balkan War. She is the founder of Inclusive Security as well as author of four books (Duke University Press) on women’s roles in stopping conflict. 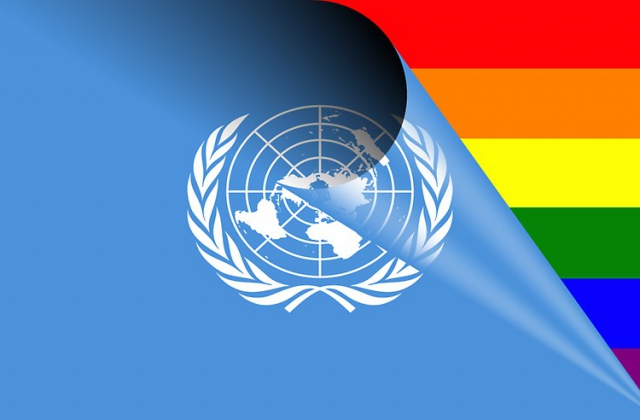 Religious Right: Stop Co-Opting the UN Commission on the Status of Women