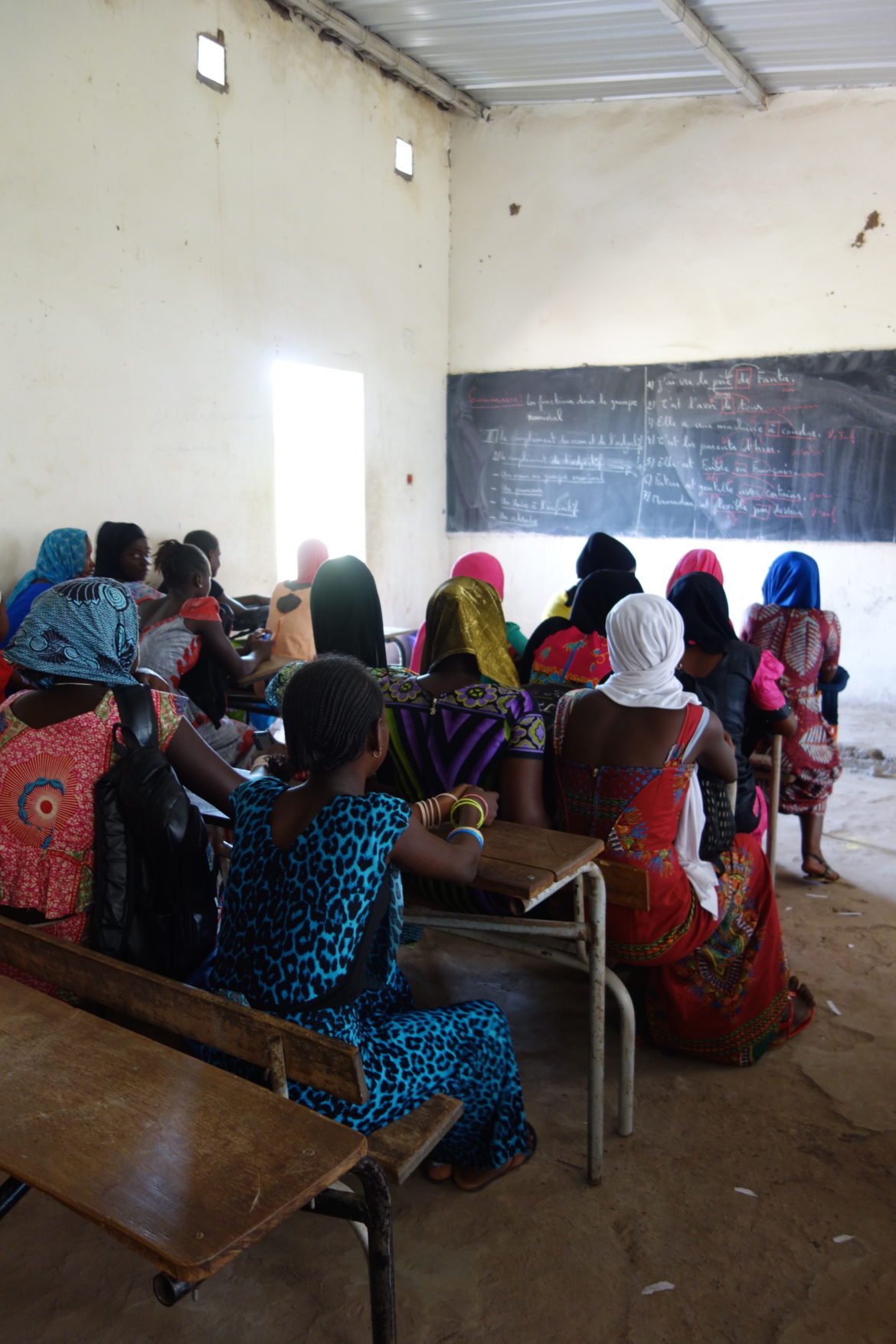 “It’s not strange to see a student who’s inappropriately dressed… Some girls wear short skirts… they copy whatever they see on TV. And there are boys and men who aren’t good men, you know?”

Principal Abdul, a young secondary school director whose name I have changed to protect his privacy, impressed me as someone who not only speaks about gender equality but takes concrete action to ensure that girls do well in school. I met him in a small rural town in the Casamance, Senegal’s southernmost region, sandwiched between  Gambia and Guinea Bissau. Being the head of a secondary school in this region is not easy: child marriage and early and unintended pregnancies  affect many girls’ opportunity to complete their secondary education every year. Principal Abdul said that addressing the way students dress is important, both for their protection and to guarantee equality among students.

This year, I talked to many teachers and students to understand what goes on in schools in Senegal. As in many countries, sexual and gender-based violence against women and girls is commonplace in Senegalese society. Gender discrimination is deeply entrenched in girls’ lives — at home, in the community, and in schools.

Although Senegal has increased efforts to combat sexual and gender-based violence in schools, obvious and hidden forms of harassment, exploitation and abuse by teachers affect many girls every year. Some teachers and school officials were highly critical of teachers who sexually exploit students. But some excused their peers by referring to girls’ rapid development during adolescence, both physically and sexually. Some officials contended that young teachers may be confused when their students dress and act like young women. Some felt that girls test the boundaries by wearing tight or revealing clothes to school.

Occasionally, girls in rural and urban places alike blamed fellow classmates for situations in which  teachers exploited their students or went out with them: someone wore tight clothes, someone flirted with the teacher while going up to the blackboard, someone went out with a teacher to get better grades.

Like Principal Abdul, many teachers and students advocated uniforms in all secondary schools, to ensure that all children dress the same way, based on stricter dress codes. But hearing girls blame each other, and not teachers, for sexual exploitation in schools leads me to conclude that uniforms are a patchwork solution to address sexual exploitation.

Global experts have called it an imperative to prevent and end sexual and gender-based violence in schools.

As part of that effort, all governments should ensure that school officials are legally required to report abuse or violence when it happens in and involving students or personnel from their schools. Governments also need to assess the risk of violence and abuse in schools, and where necessary, ensure that  teachers or school officials who exploit girls’ vulnerability and sexually abuse their students are prosecuted. Teacher training should reiterate that abuse, harassment or sexual relationships between school personnel and students can never be justified.

Adolescent girls should also be empowered to ensure they stop blaming themselves, and one another, for sexual abuse or exploitation  and be given the tools to call out unlawful situations. All governments should ensure that schools teach students about sexuality and reproduction, in a way that speaks to adolescent girls, and boys’, needs and doubts, not the government’s

In the effort to end violence against girls in schools, governments and communities should remember that what girls wear to school will never justify any form of sexual abuse and exploitation by teachers, school officials or fellow classmates. There are no excuses for sexually exploiting or abusing students.