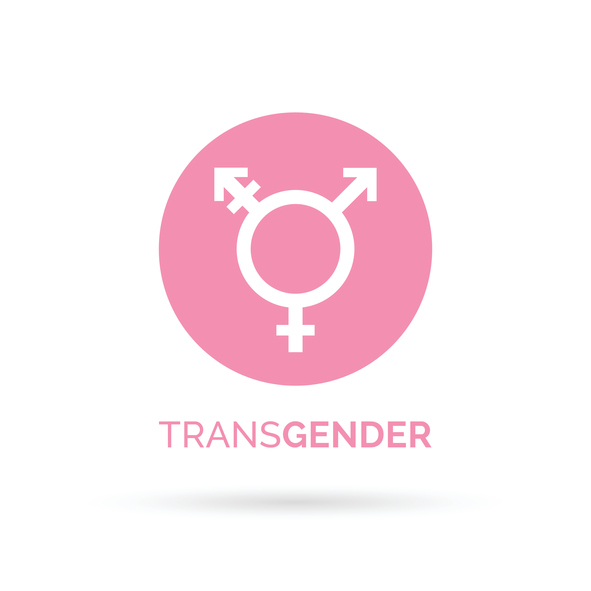 The experience of being mis-gendered hurts. It hurts deeply.

As thousands gathered for the Los Angeles Pride festival in West Hollywood in June, Sabel Samone-Loreca found herself in the midst of the crowd, suddenly feeling ill. She asked paramedics to take her to nearby Cedars Sinai hospital, where the doctors knew her, knew that she had completed her transition from male to female, and respected it.

Instead, the ambulance took her to a closer hospital, she said.

“Even though I am post-op transgender and all my medical records say ‘female,’ and my name has been legally changed, the nurse kept referring to me as ‘he,’” Samone-Loreca said.

When she asked a hospital receptionist for a form to file a grievance against the nurse who attended to her, she was told there was no form, Samone-Loreca added. She subsequently followed up with an online complaint.

“The experience of being mis-gendered hurts. It hurts deeply,” said Jaden Fields, a 26-year-old transgender man who works as a health educator for transgender people in the Los Angeles area. “It is one of those microaggressions that cuts deep.”

In recent years, the number of transgender people who have undergone gender confirmation surgeries has risen dramatically. An April report by the American Society of Plastic Surgeons found that transgender-related surgeries in the country rose by 20 percent between 2015 and 2016. The number of those seeking hormone therapy and other gender transition services has also increased, due in part to protections provided them under the Affordable Care Act.

Provisions in the ACA prohibit health care providers and most private insurance plans and state Medicaid programs from discriminating against transgender patients by denying them the medical care they require—including gender transition services.

“For the very first time in years, it has provided us access to healthcare that we never had possible. Do all states follow it? Of course not,” said Diana Feliz Oliva, manager of the Transgender Health Program at St. John’s Well Child and Family Center in South Los Angeles.

While Republican lawmakers debated the fate of the ACA, those in the trans health community anxiously waited, worried about the negative impact repealing Obamacare will have on the transgender population.

“I was afraid it would put trans lives in danger because trans people would take their medical care into their own hands and go back to … the black market hormones and black market surgeries,” Oliva said.

Despite the ACA’s protections, as transgender men and women have begun to move out of the shadows to seek needed medical care recently, they have found that many health care professionals are untrained or unwilling to address the unique medical and psychological needs of this population.

Riverside University Health System-Public Health conducted a survey, “Inland Empire Transgender Health & Wellness Profile,” in 2015, drawing upon subjects who lived in Southern California’s San Bernardino and Riverside counties. The report found that 40 percent of transgender people surveyed said it was difficult to find a physician or mental health professional in their area with sufficient knowledge of transgender people, while 75 percent of those surveyed said they had seriously considered suicide.

A national study found similar trends. “The Report of the 2015 U.S. Transgender Survey,” conducted by the National Center for Transgender Equality, reported that 23 percent of transgender people surveyed reporting that they avoided or postponed medical care when they were sick or injured because they feared discrimination. 33 percent of the survey’s subjects said that, in the past year, they had been mistreated or had a negative experience related to being transgender when seeing a health care provider. Their experiences included being verbally harassed, physically or sexually assaulted, and refused treatment. They also reported having to teach their providers about trans care.

The statistics are more alarming when one considers that this population is one of the most vulnerable. Transgender people suffer disproportionate rates of depression and anxiety, with 40 percent having attempted suicide in their lifetime—compared to less than 5 percent of the general population, according to the national survey. Additional findings included that transgender people have high rates of HIV, as well as drug and alcohol abuse, and that nearly one-third of the trans population lives in extreme poverty.

“Access to health care and health care disparities make it life-threatening to many of our trans folks, who never get health care because they are just so afraid,” Oliva said.

Many of the patients who come to St. John’s have been turned away by clinics in their hometowns. They are told, “This is a family clinic and you don’t belong here,” Oliva added.

One of the problems is that doctors who are not trained in transgender health care are afraid to treat this patient population because they don’t understand what is involved, said Lyle Cook, a physician assistant and director of the Transgender Health Program at St. John’s.

“For whatever reason, they think it is voodoo or magic, and it is not,” Cook said. “It’s seeing people where they are and treating them.”

Only a few studies have looked at transgender care from the physicians’ perspectives. Doctors who participated in the Canadian Medical Education Journal’s 2016 study, “Addressing gaps in physician knowledge regarding transgender health and healthcare through medical education,” expressed concerns about treating the trans population that ranged from feeling uncomfortable with interpersonal communication and using the wrong gender or pronoun to fearing that their own knowledge deficit could cause the patients harm.

“I have a lot of anxiety seeing these people, not because of who they are, but because I feel I’m not well educated, I’m not well prepared about what the potential concerns are,” explained one participant in the Canadian study titled “Addressing gaps in physician knowledge regarding transgender health and health care through medical education.”

These attitudes, the study concluded, resulted in patients being denied transgender-specific care and impacted the general care they received.

For transgender people, this lack of physician training in sensitive, evidence-based care can make visiting a doctor’s office a frustrating experience. Destin Cortez, a 27-year-old health educator for the Asian Pacific AIDS Intervention Team in Los Angeles, recalled seeing a therapist to discuss his stress—and the therapist’s shock at learning that he was a trans male.

“My therapy session turned into an education session where I was educating her,” Cortez said.

Fields, Cortez’s coworker, agreed that when they see doctors, the focus is often on their transgender status rather than on their health care needs, which may have nothing to do with this.

An estimated 1.4 million adults in the U.S. identify as transgender; however, most physicians have had little to no training on LGBT health care, according to the Journal of the American Medical Association. In a 2011 survey of medical schools in the United States and Canada, “Lesbian, Gay, Bisexual, and Transgender-Related Content in Undergraduate Medical Education,” found that the median time spent training medical students on LGBT health-related topics was 5 hours, with some medical schools reporting zero hours.

“We have a lot of catching up to do,” says Linda Gromko, a primary care physician in Seattle, Washington, who began seeing transgender patients 19 years ago after a trans woman asked her if she would take her on as a client.

Gromko told her she would if the woman would help educate her on trans health care needs.

Now an expert in the field, Gromko is passing on that knowledge to health care practitioners who have the desire and the compassion to serve the transgender population.

“It doesn’t take that long to learn the basics,” she said. “Once the hormones are taken, transgender care is like treating anyone else.”

At the recent Gender Odyssey conference in Burbank, California, a group of medical professionals had gathered in a meeting room to hear Gromko’s Trans Medical 101 talk.

In the 1½-hour lecture, Gromko covered hormone replacement therapy—which ones are safe, which can cause kidney failure, and gender confirmation surgeries—how to prepare patients pre-op, and conditions to look out for after the operation, such as depression. She even addresses issues of pregnancy and contraception for transgender males whose uteruses are intact. The audience is rapt, taking notes and asking questions.

“The medical community needs to understand that treatment given appropriately is a life-saving measure and simply not that hard to add to their skill set,” Gromko later explained. To doctors who say that they are uncomfortable treating trans people or that they do not have the experience, Gromko counters, “It’s a limp excuse.”

As the medical community struggles to catch up to the demands of a growing transgender community, trans people living in Southern California—particularly people of color and the undocumented—have found a safe haven at St. John’s Transgender Health Program. What makes the program unique is not only that it offers comprehensive trans competent health care, helps its clients navigate the medical insurance process, and assists them with legal issues such as changing their name and gender marker or dealing with crimes against them. Unlike any other program, St. John’s non-medical team is staffed entirely by transgender people of color who are also multilingual.

“When [clients] see another trans person behind the desk, they say, ‘OK. They are going to treat me with dignity and respect. I’m OK here,’” said Oliva, the program’s manager.

Fields and Cortez echo the psychological impact of having transgender peers be part of a facility’s medical staff.

“It is a good experience when they don’t see you as a freak show,” Fields said. “It’s just, ‘Hey, you are a human being and this is what we have to do.’”

“It is exciting because it is rare,” Cortez added.

Valerie Cummings is a former news producer for CBS and a documentarian specializing in social justice issues. She is an associate professor of broadcast journalism at the University of La Verne in Los Angeles County.

One response to “Transgender Care Is Like Treating Anyone Else” 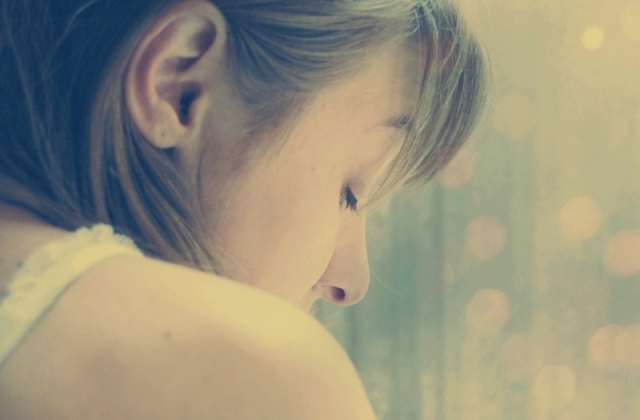 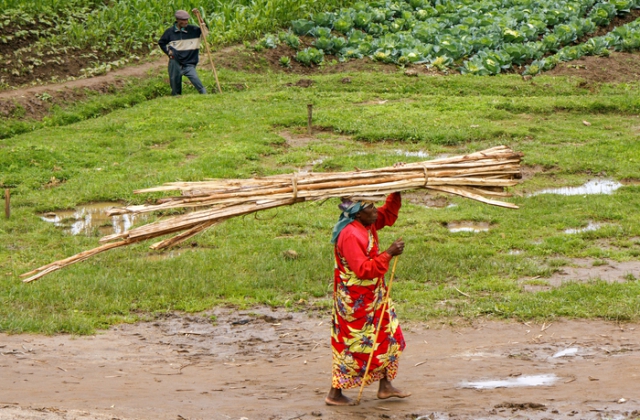