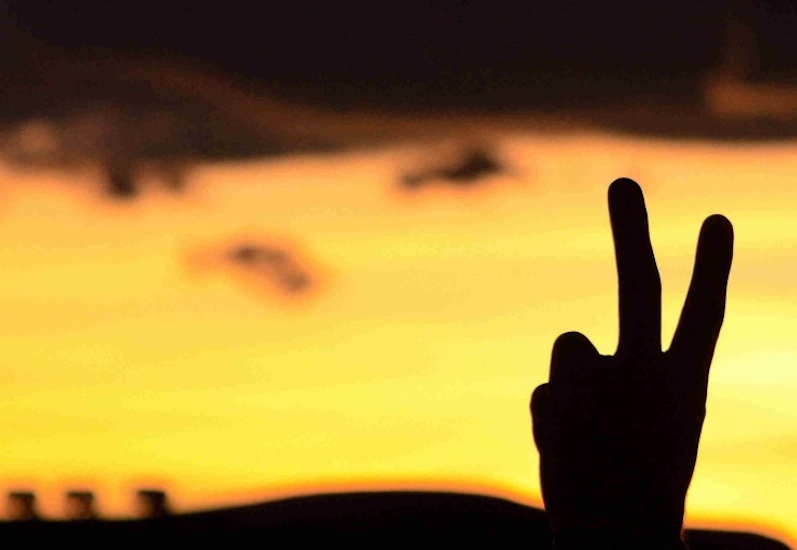 (WOMENSENEWS)—My mother grew up during the Great Depression, one of four daughters raised by a single mother. Grandmother tried renting a couple of rooms in her house, but folks often couldn’t pay rent. So, they pitched their resources together to survive.

My mother left school when she was 14 to look for a job. That year, 1933, she joined 15.5 million other unemployed people.

Mother vowed to give me a better life, a complete education, a comfortable home, along with unconditional love. In closing up the house after her death, I uncovered a collection of her portrait drawings. I don’t think she ever shared them. She never believed herself to be an artist, never realized her dream. Instead, she encouraged me to be a writer.

And I became an activist.

Mother’s Day is a time to reflect on your mother and motherhood. But it’s also a time to remember the holiday’s original anti-war message and an opportunity to respond to our current global conflicts.

Mother’s Day began in 1870 with Julia Ward Howe’s proclamation for an international Mother’s Day of Peace. The horrors of death in the Civil War and the broken-hearted cries of mothers whose sons were sacrificed on battlefields drove her to call for an end to war. She wrote:

From the bosom of the devastated earth a voice goes up with
Our own. It says, “Disarm, Disarm!”
The sword of murder is not the balance of justice!
Blood does not wipe out dishonor
Nor violence indicate possession.
As men have often forsaken the plow and the anvil at the summons of war.

Later, in 1905, Anna Marie Jarvis began her fight to have Mother’s Day recognized as a national holiday. Jarvis’ campaign was met with harsh criticism. Sen. Henry Moore Teller described the idea of Mother’s Day as “absolutely absurd” and “trifling.”

In 1914, President Woodrow Wilson proclaimed the first national Mother’s Day as a day for American citizens to show the flag in honor of those mothers whose sons had died in war, nullifying Howe’s anti-war proclamation. Since then, the day has been co-opted and commercialized and now is one of the most financially successful days of the year for merchants. Last year, Mother’s Day raised $21.4 billion dollars.

For many mothers today, however, Mother’s Day is not a day of celebration. It is not a day free from bombs and airstrikes. In response, Forward Together has invited people to send an online Mamas Day card with messages of support for immigrant and Muslim mamas under attack.

You can also spend Mother’s Day this year joining Code Pink in Washington, D.C., to honor the giving and loving of life mothers bring and to demonstrate for an end to the Mother Of All Bombs and all bombings. Celebrate by listening to a reading of Howe’s original proclamation with Vanessa Williams, Felicity Huffman, Fatma Saleh, Alfre Woodard, Ashraf Salimian and Christine Lahti. Those in New York City can take part in a Mother’s Day stroll with the Granny Peace Brigade.

Also support your members of Congress working toward peace. For instance, at a time of increasing global conflicts with both President Donald Trump and North Korea’s Kim Jong-un making threats about nuclear weapons, Rep. Ted Lieu, D-Calif., and Sen. Ed Markey, D-Mass., have introduced H.R. 669/S. 200, or the Restricting First Use of Nuclear Weapons Act. This bill prohibits the president from using the Armed Forces to launch a first-use nuclear strike without a declaration of war from Congress.

Regardless of where you live or how you choose to respond, this Mother’s Day let’s work together and fight for peace.

Patricia Jackson is a community activist and a Tucson Public Voices Fellow with The OpEd Project.