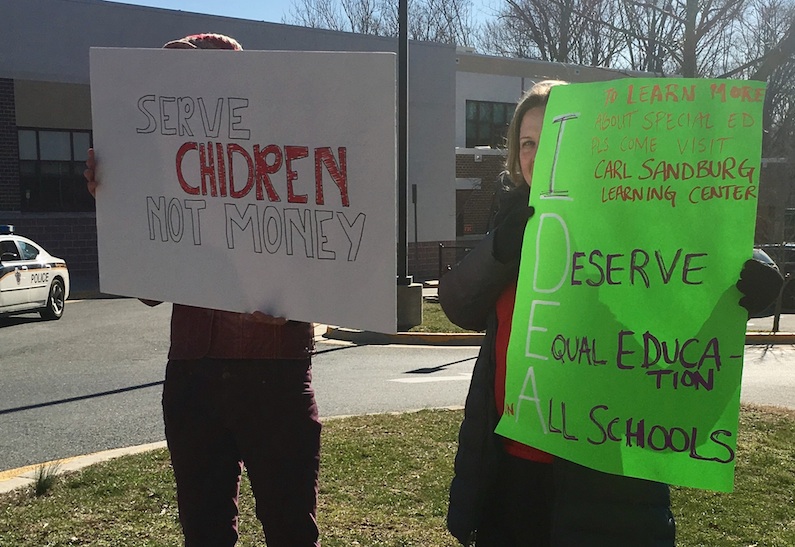 Despite a recent court win protecting accommodations for students with disabilities in school, teen girls with an Individualized Education Program are still worried about their fates in school. DeVos “could potentially really mess up our education system,” one teen said.

BETHESDA, Md. (WOMENSENEWS)–Sarah is grateful for the classroom help she gets for her dyslexia and a learning disability. While she’s never taken these accommodations for granted, the 16-year-old from Silver Spring, Maryland, also never worried about them being taken away. That is until Donald Trump became president.

“I need therapy and medicine and I have special needs,” she said. “I might have a f—ed up future because of him.”

While DeVos said she will enforce federal laws protecting disabled children, she also advocates for voucher programs. In 2001, the U.S. Department of Education confirmed that private schools in voucher programs that do not receive federal funding are not required to comply with the Individuals with Disabilities Education Act. The act, passed in 1975 and updated in 2004, requires public schools to provide school age children with an education in the least restrictive environment possible.

Sarah, like most of the teens interviewed for this story, receives treatment at Integrated Therapy Services: Psychological and Learning Support Services, or ITS-PALSS, in Kensington, Maryland. They were interviewed through one of the licensed clinical psychologists who agreed to let the teens participate if their last names weren’t used.

In 2013-2014, 13 percent of American students had an Individualized Education Program, also called the IEP, developed for a child who needs special education. One-third of students with learning disabilities (a subset of those with IEPs) were female.

“DeVos could change the way [special education] funding is approved because of her push to privatize education,” Blattner said. “Public schools are required to provide special education services to students that need them, but it is unclear whether DeVos would continue to recommend funding support as it currently exists.”

For Lian Miao, 15, her IEP allows for such things as extra time on tests and using a computer instead of a handwriting calculator in math class at her public school in Bethesda, Maryland, because of her ADHD.

DeVos “doesn’t support public schools and has no idea that schools have a responsibility to help kids with disabilities. This concerns me,” Lian Miao, who is not part of ITS-PALSS, said.

She is especially concerned that special education funding will be taken away from public schools and students will have to go to “a school that does not provide the right accommodations” for students with IEPs.

The federal Department of Education didn’t respond to multiple voicemails and emails requesting an interview for this article.

Girls with accommodations are also worried about how DeVos will manage the education system, citing her experience with schools in Michigan.

Sarah feels she is lucky to go to a private school, but that does not make her less disappointed in DeVos. “Did you see what she did to the schools in Detroit? She destroyed their schools,” she said. “Kids deserve a good education in the public system.”

DeVos has been an advocate for school choice and charter schools in Detroit. In the state, minimal qualifications are required to open a charter school with little oversight. Charter schools are also likely to spend less on classroom equipment.

Zoe, 16, is also nervous about how DeVos handled charter schools in Michigan. “I’m terrified. She [DeVos] could potentially really mess up our education system,” she said. Zoe, who is also from Silver Spring, has a variation of an IEP, known as a 504 plan, for ADHD.

Despite the uneasiness the administration is causing girls with disabilities, the Supreme Court ruled in March that public schools must help disabled students with the right accommodations that will help every child succeed.

Sarah has some hope that she will receive accommodations for math and hearing in the next four years. The same is true for Tova, 17, from Silver Spring, who wants to maintain her accommodations for extra time on tests, occupational therapists at her disposal and regular talks with a therapist for her dyslexia and learning disability. 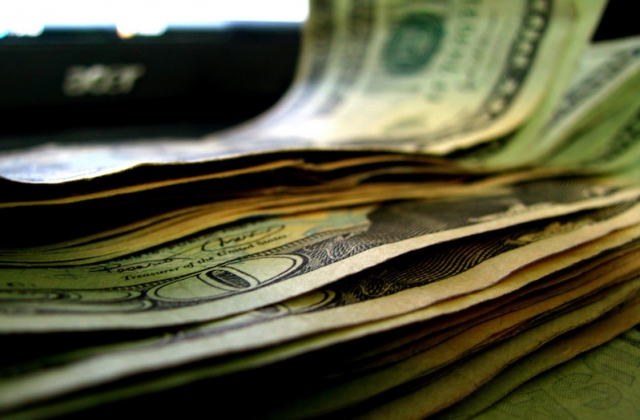 One Way Men Can Help Close the Gender Wage Gap 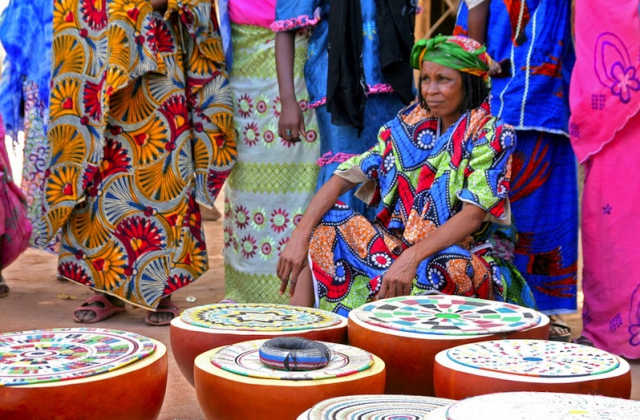