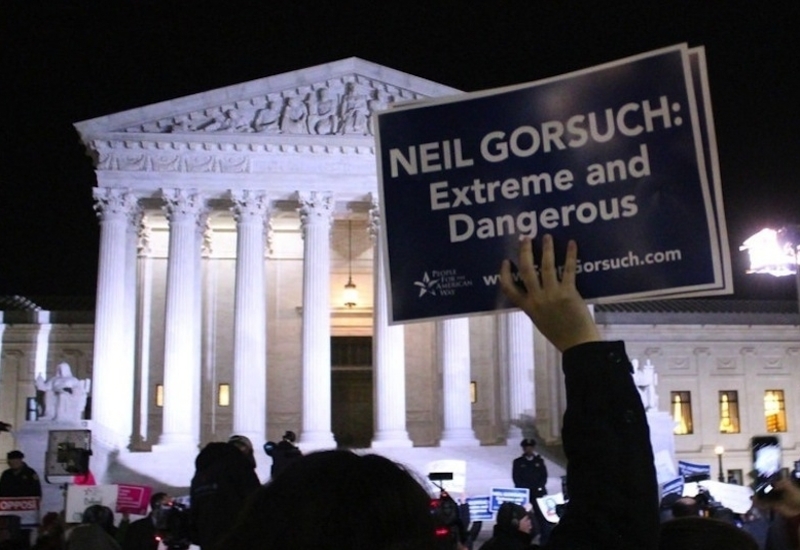 (WOMENSENEWS)—While President Donald Trump has started his presidency issuing numerous controversial executive orders, many of which will have significant influence, few things will have a more lasting impact than his nomination to fill the empty seat on the U.S. Supreme Court.

A president is only in office for four to eight years, but his appointments to the highest court in our country can influence our lives for decades to come. That is why it’s incumbent upon all of us as citizens to understand the role of the Supreme Court and to get to know the record and philosophy of Trump’s nominee, Judge Neil Gorsuch.

The Supreme Court of the United States plays a vital role in the strength of our democracy. We must ensure that whomever is confirmed as the next Supreme Court judge will ensure equal opportunities and protections for all. Gorsuch was not the most controversial or conservative name on Trump’s short list of nominees, but that doesn’t mean he will be a safe Supreme Court justice for many Americans whose rights hang in the balance.

At YWCA, where I am the interim CEO, we are most concerned with how Gorsuch may rule on issues that could further harm those who are already marginalized, including women, people of color, immigrants and refugees, survivors of violence and abuse, the LGBTQ community and others whose rights and safety are too often at greatest risk.

With this in mind, we have significant concerns with Gorsuch’s record on reproductive rights and access to contraception. For example, he joined the majority in the Hobby Lobby case, holding that the Affordable Care Act’s contraception mandate violated a company’s religious rights under the Religious Freedom Restoration Act.

We are also concerned about his philosophy on excessive force by police. Gorsuch ruled that a Utah police officer who put a 9-year-old boy in an arm twist lock and handcuffed him on school property did not use excessive force.

In addition, his prior rulings on workers’ and consumers’ rights, particularly as they relate to workplace discrimination, are alarming. These are issues of equity that impact many of the people YWCA serves across the country.

Following an unprecedented and divisive campaign season and in the aftermath of the election of Trump, many are speaking out for the first time–on social media, at rallies, town hall meetings– and engaging in decision making on a community level. This is exciting, as this interest in our rights, our freedoms and our policies and profile as a nation has not been this high for generations.

Keeping this engagement and momentum up will be critical to ensuring that our rights are protected and those who are most marginalized are not just protected, but empowered. Every one of us can play a part in making sure that the next Supreme Court justice upholds these rights by contacting our senators and voicing our concerns with Gorsuch’s record. They will make the final decision as to whether to confirm Gorsuch to this lifetime appointment on the bench. We must be sure to let them know what we think, and mobilize others to do the same.

We stand the greatest chance of achieving equity when we are all engaged, listening and speaking out. Let’s keep it up.

Casey Harden is the interim CEO of YWCA USA. She has over 20 years of experience in the movement for women's empowerment and racial justice. Harden has served in various capacities within YWCA on the local, regional, national and global levels.