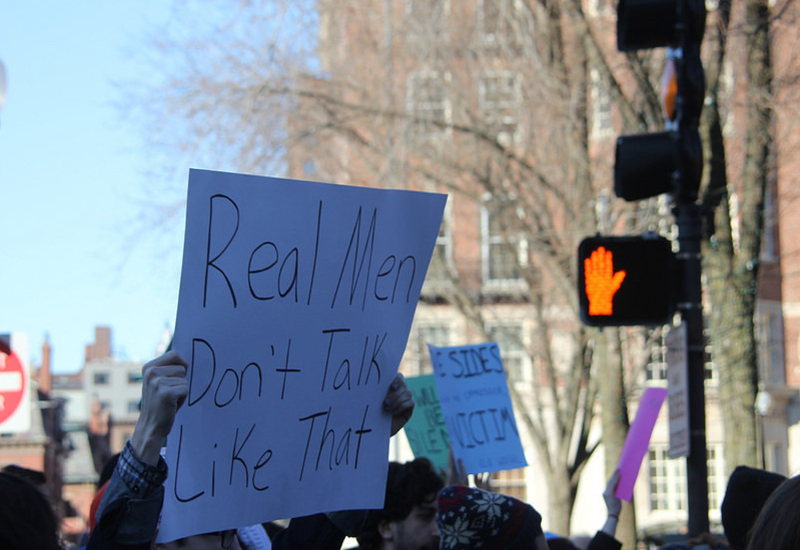 A letter signed by three dozen men last month is asking the president to support his country’s women, and those around the world, by being a “model man.”

(WOMENSENEWS)—Will Donald Trump change his attitude toward women? One campaign by a group of men is trying to get him to do so.

Late last month, I was a signatory, along with three dozen other men, to an open letter to Trump in Politico calling on him “to support this country’s, and the world’s, women.” (An accompanying petition demanding he deliver on his pledge to respect women is adding names daily. In its first two weeks 1,500 people have signed on.) My letter co-writers and I challenged the president to set a high standard, to show he is a man who believes in women’s equality and who opposes discrimination and violence of all kinds by men against women and girls.

During his presidential campaign, Trump often repeated, “Nobody has more respect for women than I do,” even as he said and did things women and men consider disgraceful. (No need to reiterate his many vulgar, offensive characterizations of women.) In the letter we reminded Trump that there is nothing manly about disrespecting women, and called on him “to make amends and to set a new tone.”

Will he? While Trump and Canadian Prime Minister Justin Trudeau did announce the launch of the United States Canada Council for the Advancement of Women Business Leaders-Female Entrepreneurs this week, in support of women in the workplace, in general it seems unlikely. The White House is considering gutting funding for grants managed by the Office on Violence Against Women, and Trump has signed an executive action barring any international nongovernmental organization that performs or promotes abortions from receiving U.S. government funding. And now attacks have stepped up against Planned Parenthood, including by Senate Republicans.

Because the U.S. has long been a leader in promoting women’s empowerment around the globe, we urged Trump to ensure that our country strengthen that role. Women deserve equal pay, affordable, high quality child care and reproductive health services, we wrote, as well as paid family and medical leave for mothers—and fathers—so we can all care for our children. (In a glaring omission, Ivanka Trump’s family leave proposal omits fathers.) We also called for the U.S. to expand efforts at home and abroad to ensure women and girls are not harassed, beaten or raped.

We reminded Trump why millions of women marched in this country and around the world the day after his inauguration: because women are apprehensive and fearful that their rights will no longer be seen as human rights; because they fear for their own and for their families’ futures; because they’re disturbed his administration will roll back basic protections. We shared that as men who unequivocally believe in gender equality, that we—and tens of thousands of other men—marched with them.

We asked Trump to use his presidency to explicitly demonstrate that he “will champion the rights of all women”—including immigrant women, women of diverse religious faiths, sexual orientations and identities, indigenous women, racial minority women, women with disabilities, women who are economically impoverished and women who are survivors of violence.

We wrote that he should show that he will elevate women’s voices and women’s leadership by supporting the International Violence Against Women Act and programs and campaigns against sexual assault on campus that prevent men’s violence against women; that he hold accountable men who disrespect women.

As men who deeply believe in women’s rights, we wanted Trump to know that every day we stand up for women in our personal and professional lives. We dared him to show the world that he’s a man who abhors all violence against women and girls, and who champions equality.

A president’s words and actions reverberate not just around the country but around the word. If “nobody has more respect for women and girls,” then show us, we challenged Trump. “Show us that you agree that men need to speak out and stand up against inequality and violence against women. Show us that you will #BeAModelMan.” 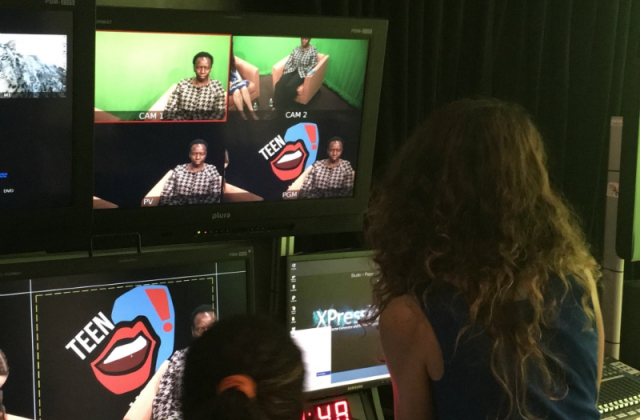 ‘Seat at the Table’ video: Activism as Personal Responsibility 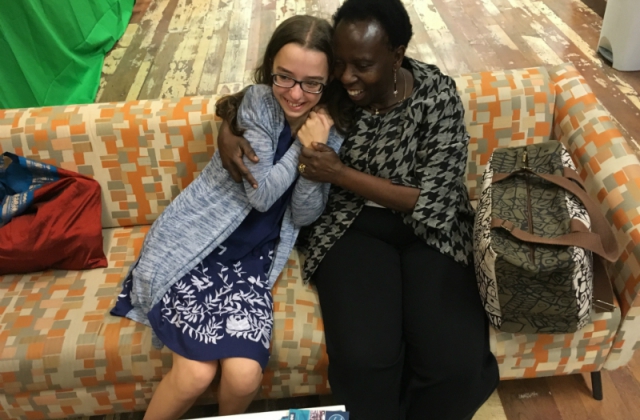 ‘Seat at the Table’ video: Invisible Disability in Spotlight