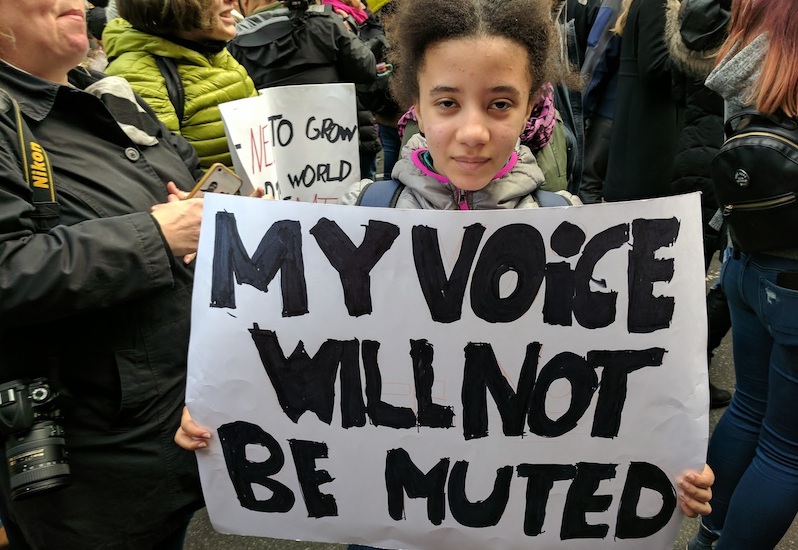 Teens March for Equal Rights, Planned Parenthood Across the Country

Teen girls attended the women’s marches in droves across the country to put their stamps on a historic moment for equal rights.

(WOMENSENEWS)–Teen girls participated in Saturday’s Women’s March for the same reason as their adult counterparts: reproductive rights, equal pay and the fear that President Donald Trump will set women back 100 years.

Teen Voices reporters were on the scene at the marches in Washington, D.C, Denver and Santa Ana, California, to collect the experiences of their peers, some who were at their first march, others on their eighth.

Ella Webber, 13
Simona, California
“I’m out here protesting because I don’t like the things that Donald Trump has said about women, and the things he is trying to take away from us. I’m not going to stand for it. I don’t want to grow up in a life where girls are treated like they were 300 years ago.”

Eleanor Noone, 16
Clarksburg, West Virginia
“I think that he only cares about himself and making money. So I think it [his policies] will affect everyone. I don’t think that it is right that the president should be making fun of disabled people and women and basically everyone but white men. I think we should stand up for what we believe in and let him know that we are watching.”

Zora Woodard, 15
Southfield, Michigan
“It is so important to be marching today, to stand up for your rights. And represent the majority of people and minority. It just so complicated, it’s so important.”

Izzy Stevens, 15
Manitou Springs, Colorado
“I’m here for equality, for women and all people. I don’t think we should be growing up fearing what’s going to happen to women’s rights in the future. We’ve already gotten past so much, and I just don’t want to turn back.”

Naomi Stevens, 16
Manitou Springs, Colorado
“I really hate Trump, and I really think that I deserve equality, as does everyone. My sister [Izzy Stevens] and I bond over our participation in these things. We talk about how we wanted Bernie [Sanders to win], and how we’re afraid of Trump and how people are ignorant. I know that I’m going to end up having kids, so I want to make sure that I’m able to take care of my children without getting fired or being looked at differently. I want to be paid the same as a man when I’m older, for jobs that are the same, on the same level. And I’m just tired of privileged white boys thinking they can do whatever they want, whenever.”

Lilli Greg, 15
Denver, Colorado
“I’m here to show my disapproval of Trump taking office. He’s sexist, racist and just not a good guy. It’s really empowering for everyone to come together like this. It’s so inspiring to see everyone coming out and letting their voices be heard today.”

Sophie Swiszcz, 13
Niwot, Colorado
“I think women should be equal. We’re the same as men, just as good. I think all girls should go to school and should be paid equally when they’re working. I hope that these marches around the country are sending a message. And to Donald Trump: you haven’t seen the last of us.”

Zayra Garcia, 17
Santa Ana, California
“I think the whole defunding…[of] Planned Parenthood is something crucial right now, especially since it helps so many women. In my life, I am surrounded by a lot of girls. And thinking about them going through an issue that should be easily solved — it would be really sad to see that. A lot of people are at home thinking that it won’t be that bad. But coming out here and doing all this, it’s for a cause.”

Zarina Yuniz, 13
Irvine, California
“I am really passionate about women’s rights. I want women to have an equal say as men do and to be valued the same way. Sometimes at school, boys think that they are better than girls. This [march] says that girls are equal and we have power too and we can stand up. I hope that people look at women and see that we have voices and we’re powerful.”

Angie Ngo, 19
Tustin, California
“If America stands for anything, it should be standing up and speaking out for what you believe in. Right now, the Affordable Care Act is in grave danger. I believe that affordable health care is a right, not a privilege for people who are rich that can afford it. I feel like the message of repealing ACA would be: ‘Pay if you’re poor. You deserve to be sick. You deserve to die.’  We’re OC [Orange County] so we are more known to be conservative. Yeah, we voted blue this year! We’re not special snowflakes complaining about the presidency. We’re angry people trying to defend our rights and that’s the most important thing about marching.”

Eliza Callis, 16
Lake Forest, California
“Me and my friends decided that it would be super awesome to take a stand and unite. It is so awesome being here with so many women. Planned Parenthood and and birth control are super pressing issues that people need to be educated on; a lot people have the wrong ideas. It would really help women out if we had those rights and access to birth control. I think of my friends, my mother and when I get to an age when I’m [going to] need these things. I mean, all women need access to birth control. It would just protect lives. This is a great first march!” 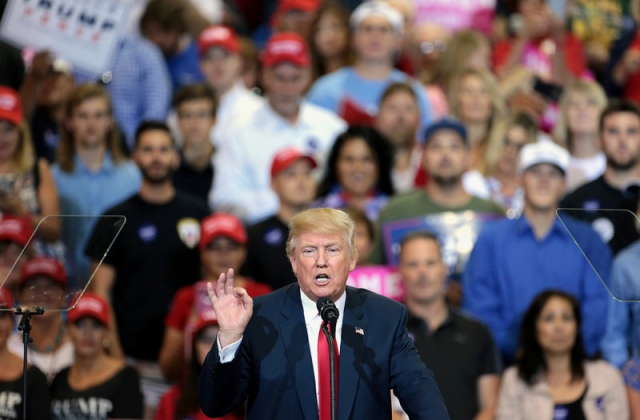 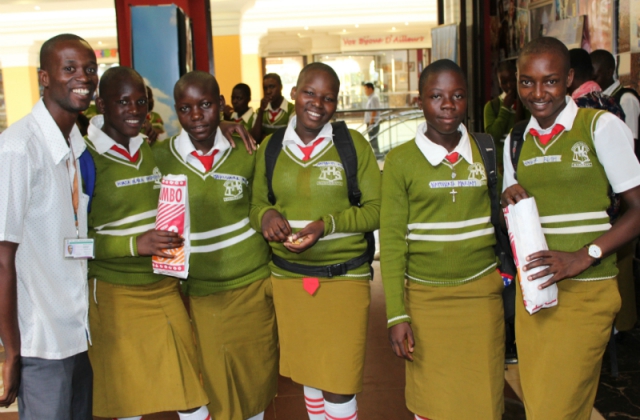 ‘Queen of Katwe’ More Than Entertainment for Ugandan Girls