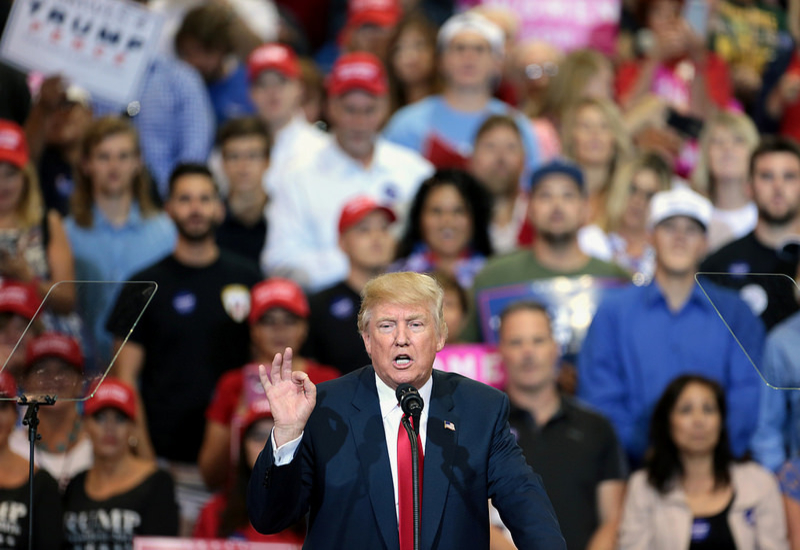 These girls are putting politics aside to perform in the inaugural parade. “We’ll be part of our nation and how we work,” one Louisiana teen said.

SAN JOSE, Calif. (WOMENSENEWS)–When Colleen Graham, a senior at Palmetto Ridge High School in Naples, Florida, discovered that her band director had cancelled the band’s previous upcoming performance, she was told there were “bigger opportunities” ahead.

“We knew it would be big, but we weren’t expecting something this big,” she said.

Graham is just one of the many teenage girls who will be among the 8,000 performers at the Presidential Inaugural Parade as the United States marks the transition into the term of its 45th president, Donald Trump. For an opportunity like this, Graham, and many other girls who have been invited to perform, are willing to put personal politics aside.

This year’s proceedings garnered significant controversies surrounding the performances. Many of the women invited, including those from the Rockettes and the Mormon Tabernacle Choir, have declined based on ideological differences with the new president.

This conflict against performing comes not only from participants, but also from alumni and community members who believe the bands’ performances condone disrespect and violence towards women and others who have been affected by the president-elect’s statements. Across the country, there has been push back through petitions and social media advocacy.

But for the teen girls interviewed for this story, participation in the inaugural proceedings means recognition on a national stage, and many have separated themselves from the politics of the soon-to-be president. Supporters of Trump or not, these girls felt honored to represent their schools and states at a monumental event.

Graham took to Twitter to express her thoughts on the upcoming performance after her band faced backlash for performing. She said in a Twitter message in early January that the Marching Pride is “extremely humbled to have been selected for this inauguration.” Within the band are “many people of color, LGBTQ+ teens and just about every other type of minority,” she wrote. “Perhaps my favorite thing about this band is simply how diverse it is.”

At Palmetto Ridge High School, which is located in Miami-Dade County, an area that voted for Hillary Clinton in a two-thirds majority, Graham wrote, all of the students volunteered to perform. She said it was an apolitical group, however.

“We will never be a program that represents, supports or embodies hate,” she said. “Our program represents for nothing but excellence in both musicianship and character.”

This doesn’t mean that all performers agree with the new president though.

“There are definitely members from the community and from the band who don’t agree with Trump’s ideology, but as far as supporting the nation and what we’re going to do, there’s been a pretty good consensus,” said West Monroe’s Rebel Band member Sami Beekman, age 17.

In the Ouachita Parish in Louisiana, where the school is located, Trump won 61 percent of the popular vote. However, within the West Monroe community, it appears the separation of politics and performance is well-defined.

For Beekman and many of the other girls who will be performing, the parade is an opportunity to be civically engaged despite being unable to vote.

“We’ll be part of our nation and how we work,” she said.

The students “are very excited to represent our school, our region and our state in an historic event on a national stage,” said the Rebel Band’s director, Robert Freeman. Freeman said in an email interview that both his female and male students “recognize that they are marching and performing in honor and celebration of the office and the process, not the individual occupying it.”

Freeman’s daughter Paige, 16, who marches with the clarinet in the Rebel Band, agreed that the performance is “upholding the nation and not the man.”

Taylor Mount, 17, a junior at Columbus North High School, whose Sound of North Band will perform today, also expressed excitement about the parade. “This performance is different than any other because it’s on the world stage,” she said. She added that the band is “not making any kind of political statement or supporting either political party by going to the parade.”

Some bands are getting push back from alumni though. When Jennifer Hoffman heard Marist College in New York was invited to attend, the former marching band member and 2003 graduate started a petition for Marist College to decline the invitation. She collected over 3,000 signatures.

“To young women who have an invitation to perform in the inauguration, I [encourage] them to educate themselves on why other women have spoken out against participating,” Hoffman told Teen Voices.

Marist College is still set to perform, and its president, Billy Hawkins, released a statement earlier this month about the performance: “As many of those who chose to participate in the parade have said, we feel the inauguration of a new president is not a political event but a civil ceremony celebrating the transfer of power.”

An alumni of Talladega College in Alabama, whose marching band will be performing,  Nikky Finney voiced concern to Teen Voices over the applications of teen girls performing in the parade. The college’s band will be marching in the parade, although a petition discouraging the performance has acquired thousands of signatures from concerned students and alumni.

“In my opinion the president-elect of the United States of America should be held to the horrible and disrespectful things that he said…and therefore should not be supported by the presence of talented young people,” she said.

Finney understands how young women may be excited by the honor of performing at such an event but still disagrees with it. “I know that being invited to a Presidential Inauguration sounds very exciting and perhaps is exciting, but I simply and truly believe there are more important and long-term life lessons at stake when we ignore hubris and hate.” 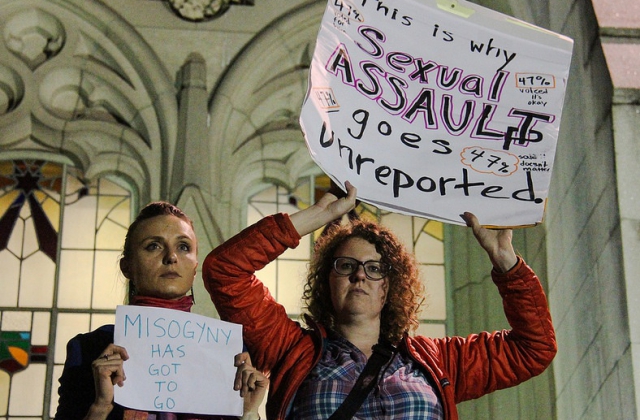 Women’s Movement Will Not Retreat in the Time of Trump 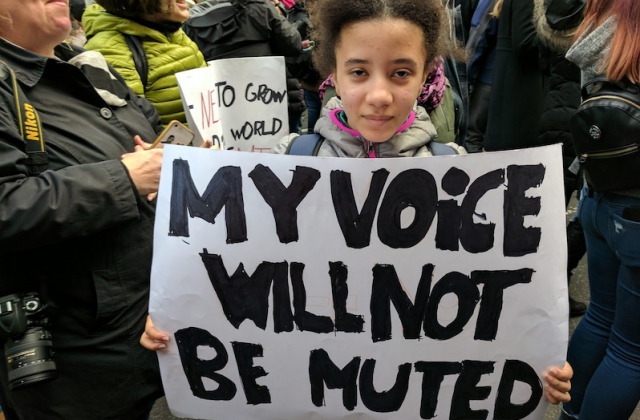 Teens March for Equal Rights, Planned Parenthood Across the Country