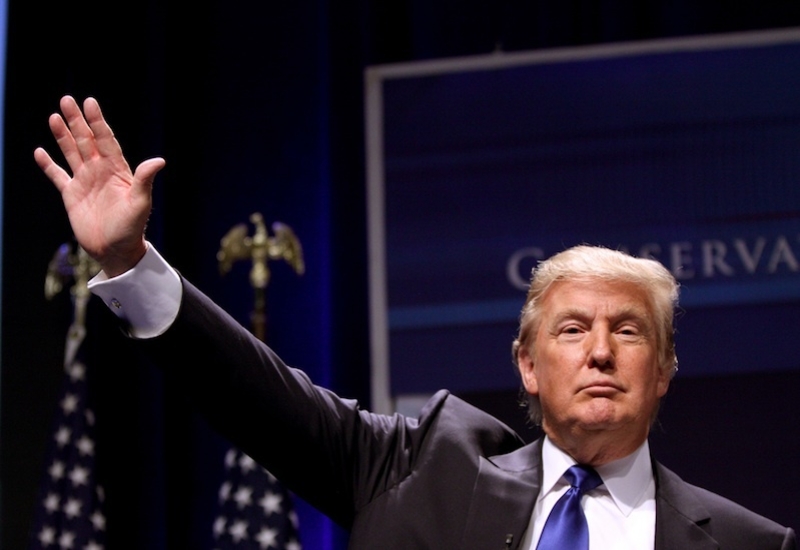 (WOMENSENEWS)—In the months since Donald Trump’s election, I have heard friends and acquaintances wonder how so many Americans could have voted for a sexual aggressor. They have attributed his victory largely to the economic struggles of white Americans and the anti-establishment vote.

However, not enough attention has been given to how media coverage of Trump’s sexual aggression passed quickly from outrage to comedy, or how that comedy might have served his candidacy.

In October the “Access Hollywood” recording of Trump bragging about “grabbing” women’s genitals (an act legally considered sexual assault in much of the United States) should have marked the beginning of a precipitous dive. Instead, it initiated raucous mainstream comedy. “The Late Show with Stephen Colbert,” for instance, made jokes about Trump grabbing women by the “Billy Bush.” As these jokes were followed by laughter and applause, I found myself wondering whether we were laughing at Trump or at sexual assault.

Rebecca Solnit has written about the potential effectiveness of jokes about rape culture, made, for example, by Amy Schumer, who has used comedy to point out men’s ignorance about rape and their general acceptance of it. However, on “The Late Show” Colbert seemed less intent on shedding light on rape culture than on using sexual assault as fodder.

Humor, while a tonic for the most stressful election in living memory, can have a powerful normalizing effect. Studies have shown it to increase social acceptance of discrimination and sexism. By laughing at a sexual aggressor who got away with it, we might actually be becoming accustomed to him as a fixture of our political landscape rather than reaffirming our outrage. Colbert even staged the appearance of Abraham Lincoln’s ghost, who sided with Trump and gave an “unabridged” version of the Gettysburg Address, which included grabbing women by the “petticoats.” Had something similar been done at a frat party, with a person dressed as Lincoln and speaking like Trump at his worst, I could easily imagine the crowds cheering.

Just as people have argued that “there’s no such thing as an anti-war film” (a quote generally attributed to the French filmmaker François Truffaut), I tend to disagree with Solnit and Schumer. There’s no such thing as anti-rape humor, at least not for the men in the audience. Humor can make the act one of comedic idiocy more than of willful brutality. It almost always distances us men from the horror and trauma of the violence.

Humor was, in fact, Trump’s own best defense. When he claimed his words were simple “locker room talk,” he was speaking to millions of men who grew up making sexual and sexist jokes about women. During my teenage years, when I changed high schools frequently, and in my 20s, when I lived and worked manual labor in many parts of rural America, sexist humor was common in locker rooms, on construction sites, in the automobile repair shops, in boxing and martial arts gyms and among educated men who exchanged their own brand of comedic stories of sexual conquest. Even though many of the stories were quite aggressive, the elicited response was always laughter. The normalization of Trump’s sexual assault through mainstream comedy certainly didn’t hurt Trump’s cause among these men who grew up objectifying women with jokes; they wanted to laugh at it, and they were given permission to do so.

This is why Trump’s defense was so effective and the response of liberal commentators so naïve. Male writers published ostensibly reflective pieces about how Trump’s talk sounded like no locker room they’d heard. Their underlying message was that they were good men, that most men didn’t talk this way. It was another instance of the liberal passion to appear good rather than to address the problem. The hashtag #NotInMyLockerRoom struck me as a not-so-distant cousin to #NotAllMen rather than as a rallying cry of outrage. It implicitly denied how prevalent and acceptable sexism actually is, and it failed to recognize that we men can do more to prevent sexual assault if we spend less time insisting upon our goodness and reflect on how much sexism is a part of our lives.

But is it possible that sexist humor might influence an election? In 2007, Thomas Ford at Western Carolina University ran two trials in which men were exposed to sexist jokes or humorous sexist depictions, as opposed to non-humorous sexism or non-sexist jokes shown to control groups. They were then asked (in the first trial) how much money they would donate to a women’s organization and (in the second) how they would allocate funding cuts to student organizations. In both cases, the men exposed to sexist humor were less likely to donate to the women’s organizations and more likely to cut funding to women’s student organizations. Ford concluded: “The acceptance of sexist humor leads men to believe that sexist behavior falls within the bounds of social acceptability.”

Though it’s hard not to wonder whether sexist humor influenced men’s willingness to support a female candidate, we can easily fathom the effect that Trump’s sexist humor—and that of comedians whose routines turned the country itself into a locker room—had on the readiness of Americans to accept him when it was time to vote.

Deni Ellis Béchard is the author of five books: "Vandal Love," winner of the Commonwealth Writers Prize; "Of Bonobos and Men," winner of the Nautilus Book Award for investigative journalism; "Into the Sun," a novel about the civilian surge in Afghanistan; "Cures for Hunger," a memoir about growing up with a bank robber for a father; and "Kuei: a Conversation on Racism," an epistolary book co-authored with First Nations poet Natasha Kanapé-Fontaine. He has reported from India, Rwanda, Colombia, Iraq, the Congo and Afghanistan and has published in dozens of newspapers and magazines.