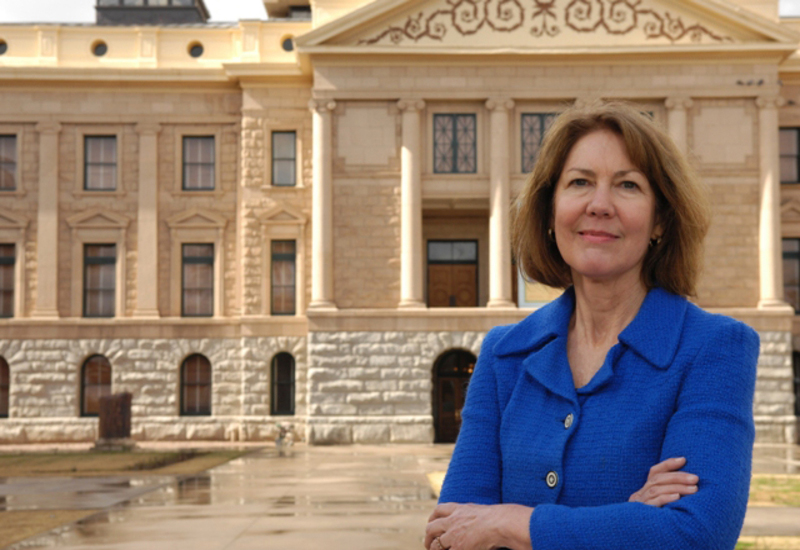 If independents and Hispanics help her win, she would be a dramatic change from the incumbent on abortion rights, immigration and wage equity. She would also become Arizona’s first female senator.

(WOMENSENEWS)— Rep. Ann Kirkpatrick, a Democrat who represents the least populous congressional district in Arizona, was hardly seen as a threat in May when she announced she would be challenging Sen. John McCain, a five-term Republican senator and the 2008 GOP presidential nominee.

Senate incumbents, after all, usually win reelection. But a combination of demographical changes in the state, a former GOP stronghold, and the impact of Republican presidential nominee Donald Trump has turned their race into one of the most hotly contested of the 34 Senate campaigns.

Kirkpatrick may become Arizona’s first female senator if she can win the votes of independents who now total 34 percent of registered voters and exceed the percentages of either Republicans or Democrats.

If she does win, it would mean a very different Senate face for Arizona on policies affecting women.

Despite his reputation as a political maverick, McCain has consistently adhered to the anti-choice position of the GOP.

As a member of the House from 1983 to 1987, he supported only one of 11 reproductive health measures: a bill to increase federal funding for stem cell research. In the Senate, McCain, the Baptist father of four biological and three adopted children, voted no on 115 of 119 reproductive health bills. He also voted to confirm four anti-choice candidates for the Supreme Court: Justices Sam Alito, John Roberts, Clarence Thomas and Robert Bork.

The two also disagree on ways to end Arizona’s gender wage gap. In 2014, women earned 84 cents to every $1 by men, reported the Washington-based National Partnership for Women and Families, a nonpartisan organization that promotes workplace fairness.

Sixty-six-year-old Kirkpatrick supports the Paycheck Fairness Act, which was intended to protect women who want to compare their salaries with men in order to determine if there is a pay disparity, while 79-year-old McCain opposes it.

The Lilly Ledbetter Act of 2009, which makes it easier for victims of wage discrimination to seek remedies in court, was the first bill Kirkpatrick voted on in the House. She voted in support of it.

After missing the 2008 vote because he was campaigning in New Orleans, McCain claimed that the legislation was unnecessary because it would “open us up to lawsuits for all kinds of problems.” Instead, McCain said, women simply needed more training and education.

Kirkpatrick also needs to attract Hispanics, who are 22 percent of the electorate and are vehemently opposed to Trump’s immigration policies.

‘Fighting for His Political Life’

“For more than 30 years, McCain has faced little opposition because Arizona voters tended to be conservatives who favored Republicans,” says Earl de Berge, research director of the Phoenix-based Behavior Research Center, an independent, nonpartisan research program that conducts the Rocky Mountain Poll. “But this year, McCain is fighting for his political life.”

“But the most significant finding was that the proportion of uncommitted voters rose to 29 percent in June, up from 16 percent in April,” says de Berge, who spoke recently by phone. “Usually the ranks of undecided voters decline steadily as the election nears, sometimes to as little as 10 percent.”

As a result, de Berge says, “the challenge for both candidates will be maintaining the support of their respective bases who voted for Trump and Clinton in the presidential primaries while finding messages that resonate with independents.”

As the two candidates vie for the independent voters, Kirkpatrick’s record on these issues could help. Independent voters are more liberal on social issues than the overall electorate in Arizona, found a November 2015 study by the Morrison Institute for Public Policy at Arizona State University in Phoenix. Ninety-nine percent of liberal leaning independents supported a women’s right to abortion. Among moderate-leaning independents, 82 percent did.

In June, the Rocky Mountain Poll showed Kirkpatrick leading McCain 57 to 37 percent among women but trailing McCain 49 to 37 among men.

The outcome of the race may also depend upon who wins the Hispanic vote. An estimated 433,000 Hispanics are expected to cast ballots Nov. 8, an 8 percent increase from 2012, reports the National Association of Latino Elected and Appointed Officials in Los Angeles.

Kirkpatrick’s up-by-the bootstraps background may resonate with registered Hispanic voters, half of whom are women. She grew up in Whiteriver, a small town on the Apache reservation in Eastern Arizona, though neither of her parents were Native American. There, her dad, a Democrat, ran the general store and her mother, a Republican, taught school. She worked as a waitress while studying for a bachelor’s degree in Asian studies at the University of Arizona at Tucson. After a brief stint as a teacher, she became a lawyer.

As the first deputy county attorney in Coconino County, Kirkpatrick prosecuted homicides, aggravated assaults and other grisly crimes. She also improved the handling of domestic violence cases by convincing the county to provide more services for victims.

The presence of Trump at the top of the GOP ticket increases the likelihood that Hispanic Republicans and independents will join the 43 percent of Latino registered voters who are Democrats in supporting Kirkpatrick.

Trump has called for mass deportation of undocumented immigrants and for a wall to be built at the Mexican border, which has angered Hispanic registered voters, 82 percent of whom are natural born citizens and 17 percent naturalized.

To retain Hispanic support, McCain is counting on his endorsement by the U.S. Hispanic Chamber of Commerce and his co-sponsorship of a comprehensive immigration plan that would have provided a path to citizenship for 11 million undocumented workers in 2013.

The votes of veterans, especially Hispanics, are crucial for both McCain, chair of the Senate Armed Services Committee, and Kirkpatrick, a member of the House Veterans Committee. In 2011, there were over 500,000 veterans in Arizona, 10.8 percent of the population over 18, making Arizona, one of 15 states with the highest concentration of veterans, found a Pew Research study.

McCain has made providing health care and other benefits for veterans and their families the centerpiece of his legislative career. In April, he co-sponsored the Care Veterans Deserve Bill, which would have provided access to veterans at private health facilities if they lived more than 40 miles from a VA facility or had to wait more than a month for an appointment. In 2009, Kirkpatrick co-sponsored the Veterans’ Comprehensive Cost of Living Act, which adjusted the rate of compensation for veterans with service-connected disabilities and for survivors of certain disabled veterans.

Since March, when Trump won 47 percent of the Republican vote in the presidential primary, McCain has walked a tightrope endorsing Trump’s candidacy, because he said it was the will of the voters, while chastising Trump for denouncing the parents of U.S. Army Capt. Humayun Khan, a Muslin American who was killed in Iraq in 2004.

“In recent days, Donald Trump has disparaged a fallen soldier’s parents,” said McCain, who spent more than five years in a North Vietnam prison after his Navy plane was shot down. “He has suggested that the likes of their son should not be allowed in the U.S.—to say nothing of entering its services. I cannot emphasize how deeply I disagree with Mr. Trump’s statement. I hope Americans understand that the remarks do not represent the views of our Republican party, its officers or candidates.”

Trump–who had received four student deferments from 1964 to 1968 and one after graduation for bone spurs on his feet–responded Aug. 2 by refusing to endorse McCain because he claimed that McCain had not done enough for veterans. However, under pressure from advisors and GOP National Committee Chair Reince Priebus, Trump endorsed McCain three days later.

The GOP endorsements are expected to continue to be a factor in the race this fall. Max Croes, Kirkpatrick’s campaign manager, told the Associated Press Aug. 5 that the time for McCain to “take a principled stand and abandon Trump has closed. No matter what Trump has said or done from shameful personal attacks to racist outbursts, John McCain has blindly pledged to support the nominee,” Croes said. 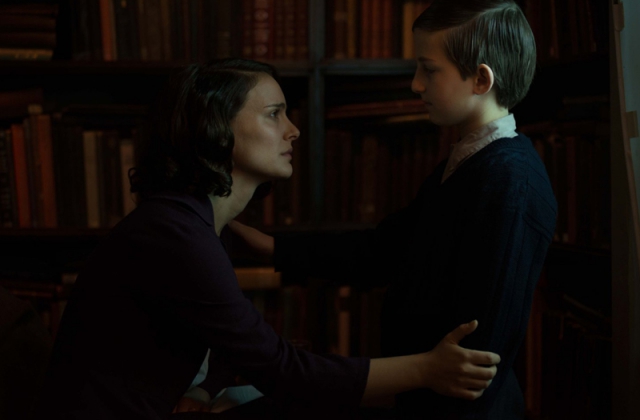 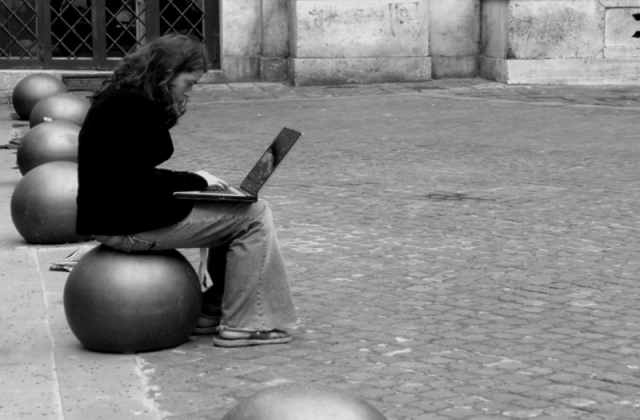