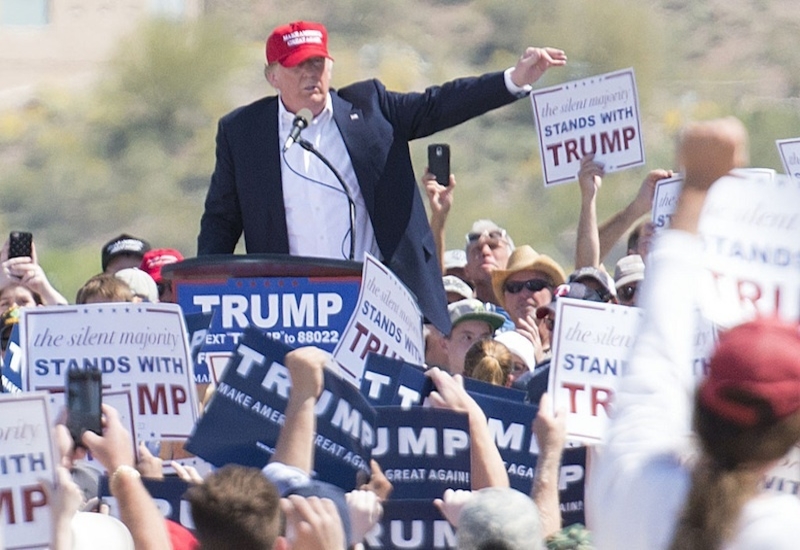 (WOMENSENEWS)— Had Republicans handled things differently on July 18 during the first day of the convention in Cleveland, Ohio, a last-minute bid to block the nomination of Donald Trump might have delivered a surprise ending to the party’s wild primary ride.

But instead a procedural maneuver stirred cries of foul play on the convention floor by an anti-Trump faction and the effort to buck the presumptive nominee failed.

In other first-day business, the newly drafted Republican platform also won final approval at the convention, which runs through July 21.

That leaves Trump at the head of a party with a set of new, controversial platform planks that have been criticized as an over-commitment to a conservative base.

Controversially, the platform committee passed an amendment that supports gay conversion therapy for minors, which has been largely discredited as harmful to a child’s mental health.

California Lieutenant Governor Gavin Newsom published a series of tweets to critique Trump’s claim to fight for the freedom of the LGBT community. His responses covered a range of topics, from the GOP platform to Trump’s VP pick.

You picked a man who wanted to take money from hiv/aids programs and give it to conversion therapy. Torture. Abuse. https://t.co/7ZOZzx8GSo

Platform delegates were deeply divided over LGBTQ rights. In the end, they failed to adopt language that would have acknowledged LGBTQ communities as targets of violence by ISIS.

They were also unmoved on marriage equality. Support of “traditional marriage” between a man and a woman survived with a considerable majority.

Opposition to women in military combat roles also survived a vote. Supporters of the language said it is meant to keep women and troops in combat safe, stirring the pot on what many consider a decided matter when the U.S. secretary of defense rescinded the policy in 2015.

The party’s opposition to abortion was unquestioned. Not only was the issue not even raised in platform discussions, Trump’s choice of Indiana Gov. Mike Pence to be his running mate, an extreme opponent of abortion, confirmed the party’s stance.

Mike Pence signed one of the most restrictive abortion laws in the country. https://t.co/V4bDDKBCBd

Republican National Committee Chairman Reince Priebus announced in May the three party leaders to serve as chairman and co-chairs of their platform committee: Sen. John Barrasso of Wyoming as chairman; and Rep. Virginia Foxx of North Carolina and Gov. Mary Fallin of Oklahoma as co-chairs. Each leader has experience in various levels of Republican policy-making at the Senate, House and state levels. The rest of the committee is made up of one man and one woman from each state and territory.

While not binding on individual politicians, platforms formalize the direction of the political parties by showcasing major institutional beliefs and outlining priorities and policies. They are updated every four years.

The GOP platform was drafted by a 112-person committee that broke into subcommittees focused on various policy categories.

The platform embraces Trump’s most notorious campaign promise to build a wall stretching along the entire southern border of the U.S. in an amendment written by Kris Kobach, an anti-immigration activist who serves as the secretary of state of Kansas.

Contrary to Trump’s assertions on the campaign, the amendment makes no call for Mexico to pay for the wall. The Republican platform now also uses the team “illegal aliens” instead of “illegal immigrants.” Critics of this change say the term “alien” is outdated and dehumanizing, and prefer “undocumented” to “illegal.”

Trump’s ideology made another appearance when the committee specified support for five-year minimum sentencing for anyone attempting to return to the United States after being deported.

The committee rejected any regulations on gun magazine capacity and assault rifle sales.

In recent years, the national conventions have been a predictable stop on the route to the November general elections and have stirred little notice. That’s because in 1968 delegates at the conventions became bound to carry out the results of the primaries, instead of wielding their own wills.

This year, a delegate from Virginia challenged that rule in court and won, but the convention failed, nonetheless, to allow a vote on whether delegates should be freed to vote their consciences.

After holding two voice votes–instead of a counted roll call–Rep. Steve Womack of Arkansas declared twice that the “ayes” to approve the rules won out. Chaos reportedly followed, with delegates opposed to Trump fuming at the lack of a proper vote and some Colorado delegates storming off the floor.

When Reagan won an anti-abortion plank in 1980, for instance, he set the stage for an environment that became increasingly hostile to pro-choice members. He also solidified several central tenants of an enduring value structure, such as tax cuts for the wealthy and reduced welfare spending.

But, nominees can also diverge in decisive ways from the platform committee. When John McCain ran in 2008 and supported exemptions to an abortion ban for cases of rape, incest and health of the mother, the party establishment refused to include that in the platform, citing “political suicide.”

In this tumultuous cycle, Donald Trump diverged from the traditional GOP line on issues of supporting funding Planned Parenthood and banning Muslim immigration, among others. Trump appeals to the white working class, but doesn’t have the conservative credentials around small government one would expect from the GOP nominee.

As he moved closer to the convention he caused backlash and defections within the party and its leading pundits.

George Will, a conservative columnist for the Washington Post and supporter of the “Never Trump” movement, and Republican strategist Mary Matalin have both left the party. Some are going as far as advocating that voters refuse to cast their ballots for Trump. “Make sure he loses. Grit their teeth for four years and win the White House,” Will said.

As Trump clashes with the party establishment on issues across the board, the havoc could hurt his chances of a victory in the fall. But it also strengthens his anti-establishment persona, which won over enough GOP primary voters to make him the party’s standard-bearer.