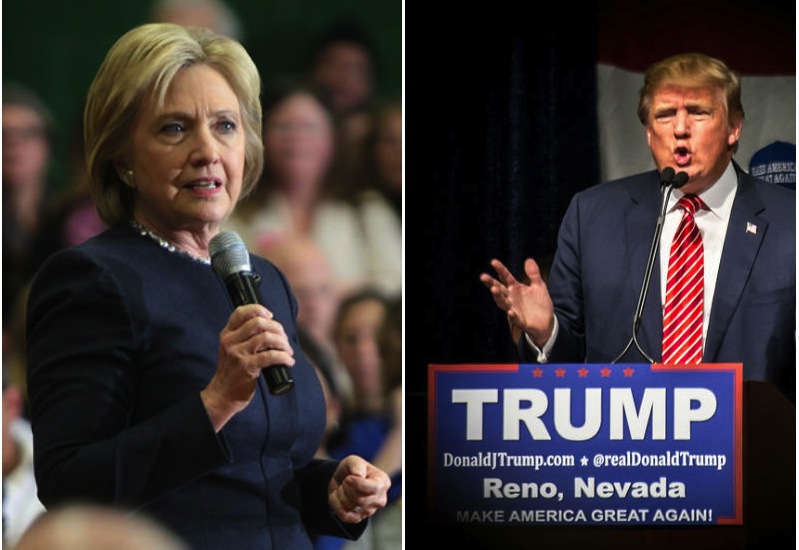 Gage Skidmore and Darron Birgenheier on Flickr, under Creative Commons

(WOMENSENEWS)— As Democrats and Republicans hammer out their platforms there’s a question this year more than ever about the planks and the two leading candidates.

In the case of Democrat Hillary Clinton, current conversations center on how delegates she appointed are voting in platform committee meetings.

On the key question of health care, for instance, they voted in June against an amendment on “Medicare For All single-payer health care system to guarantee health care as a right.” They struck it down in favor of building on the Affordable Care Act. Proponents of the amendment, largely appointed by upstart challenger Sen. Bernie Sanders, say the current system still includes many of the downfalls of a for-profit health care system that charges high premiums and involves a two-tier structure that leaves low-income people with an inferior system.

Meanwhile, Republican Donald Trump has run into consistent problems with the Republican Party establishment over a range of issues. Domestically, these issues include a ban on Muslims, tax policy and federal funding for Planned Parenthood.

Although party platforms are not strictly binding, they reflect the direction of party leaders and set the stage for some of the issues that will be duked out on the national stage during the general elections.

Here’s what we’ve found about that and other domestic issues from around the web.

Every woman, no matter where she works, deserves birth control coverage. This shouldn’t be a question. #SCOTUS -H

We must suspend immigration from regions linked with terrorism until a proven vetting method is in place.

I refuse to accept this as normal. We must take action to stop gun violence now. -H https://t.co/SkKglwQycb

26,000 unreported sexual assults in the military-only 238 convictions. What did these geniuses expect when they put men & women together?