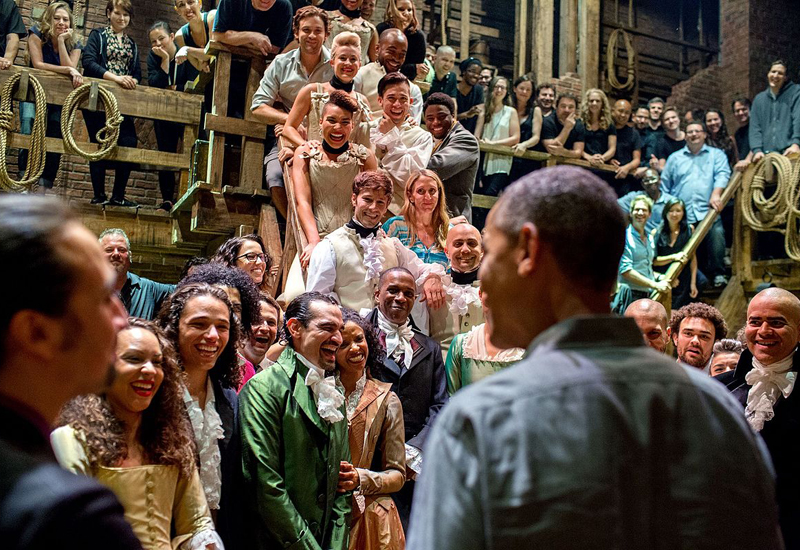 (WOMENSENEWS)— This year’s Tony Awards, which take place on June 12, celebrate the most diverse Broadway season in history. Led by “Hamilton,” the multi-racial hip-hop mega musical about America’s first secretary of the treasury, with its record-breaking 16 nominations, the 2016 ceremony honors a dazzling range of stories told from minority points of view.

More than one-third of the 40 actors vying for theater’s most distinguished prize are Latino/a, Asian American and black.

Compared to the Oscars, which consistently fails to recognize the artistic achievements of people of color, the Tony Awards seem positively progressive — except when it comes to gender parity, that is.  The number of women nominated (other than lead or featured actress) couldn’t fill a chorus line. They account for only 22 percent of the award hopefuls.

Dominating the coveted Best Musical category, “Hamilton” is a contender in every single award designation: writing, directing, acting, dancing, music and design. Lin-Manuel Miranda, who wrote the book, the lyrics and stars in the show, is nominated four times: for Best Musical, Best Book, Best Score and Best Actor, where he’s up against cast mate Leslie Odom, Jr.

“Hamilton” competes for Best Musical and Best Score with two shows featuring music and lyrics from female pop stars: “Bright Star” by Edie Brickell (with Steve Martin) and “Waitress” by Sara Bareilles. “Fun Home’s” Jeanine Tesori and Lisa Kron delivered history-making wins in both categories last year, but Brickell and Bareilles don’t stand a chance against “Hamilton.”  Neither does “Shuffle Along, Or the Making of the Musical Sensation of 1921 and All That Followed,” directed by George C. Wolfe and choreographed by Savion Glover. This epic restaging of a monumental production in black theater history received 10 nominations. Incredibly, the show’s star, six-time Tony winner Audra MacDonald, was overlooked, as was Lea Salonga of “Allegiance,” George Takei’s personal story of the internment of Japanese Americans in detention camps during World War II. Also slighted was Ana Villafañe of “On Your Feet! The Story of Emilio and Gloria Estefan,” a jukebox musical set to the Cuban-American couple’s chart-topping hits.

Despite these omissions, the actress categories include standout portrayals of powerful women, or women who learn to claim their power. “The Color Purple,” produced by Oprah Winfrey, who starred in the film version of Alice Walker’s Pulitzer Prize-winning novel, earned four Tony nominations, including Best Performance by an Actress in a Leading Role (the captivating Cynthia Erivo) and Best Performance by a Featured Actress (Danielle Brooks, the intrepid orphan Tastyee from the Netflix series “Orange is the New Black”), in addition to nods for Best Revival of a Musical and Best Direction.

Two productions, “Waitress” and “Eclipsed,” singularly showcase the diverse talents of female artists, and they do so with all-female creative teams. These shows are the exception and demonstrate what a diverse team can achieve.

Based on a 2007 motion picture written by Adrienne Shelly, “Waitress” follows Jenna Hunterson, a server and pie maker trapped in a small town and a loveless marriage. Faced with an unplanned pregnancy, Jenna begins an affair with her gynecologist and enters a pie contest, hoping its big grand prize will be her recipe for happiness. Nominated for every Best Musical award of the season, including the Tony, “Waitress” hopes to bring home the prize for Best Actress (Jessie Mueller). Disappointingly, neither director Diana Paulus (Tony for “Pippin”) nor choreographer Lorin Latarro made the cut.

The harrowing political drama “Eclipsed” garnered six nominations.  Written by Zimbabwean-American playwright/actress Danai Gurira and helmed by South African director Liesl Tommy, “Eclipsed” chronicles the lives of five Liberian women held captive as sex slaves during the brutal Second Civil War.  Headlined by the radiant Lupita Nyong’o (Oscar-winner, “12 Years a Slave”), with stellar performances by Pascale Armand and Saycon Sengbloh, this extraordinary production made history as the first Broadway play to feature an all-female cast in addition to a female writer and director.

“Eclipsed” was the only new play by a female playwright to grace the Great White Way this entire season, and Tommy was the only female director of a play or a musical to be nominated for a Tony.  While we mark this critical milestone, lauding “Eclipsed” and “Waitress” for adding cracks to theater’s glass ceiling, it is important to ask why it has taken Broadway so long to feature an all-female production and why, even in this banner year for diversity, there are so few female dramatists, directors and designers.  Not a single female artist is recognized in six of the categories (Choreography, Orchestration, Scenic Design of a Play, Book of a Musical, Director of a Musical, and Revival of a Play).

A paltry 22 percent of the plays produced across the United States have female authors, according to “The Count,” a recent study by the Dramatist Guild. And an earlier report by economist Emily Sands shows that the number of female dramatists on Broadway has not changed significantly in more than 100 years.

In other words, women have the same prospects of seeing their plays staged today as we did before we secured the right to vote.

The only place where female artists have a harder time than in the theater is Hollywood, where less than 10 percent of feature films are written or directed by women. As playwright Marsha Norman notes in “The Count,” if life worked like the theater, then 4 out of 5 things you have ever heard would have been said by men.

We need to hear the entire chorus of human voices, not simply the basses and baritones.  We can’t have true diversity in the arts without gender parity.

Sara Warner is an associate professor at Cornell University and a public voices fellow of The OpEd Project. She is the author of “Acts of Gaiety: LGBTQ Performance and the Politics of Pleasure.”