The hot-button national issue has not come up much in recent campaign events in this rural state with a wide libertarian streak. But in recent interviews, female voters from both major parties favored a mix of gun access and regulation.

CONCORD, N.H. (WOMENSENEWS) — Clai Lasher Sommers has spent years advocating for gun safety laws, but she relied on her gut as much as her policy knowledge when she picked a candidate in this year’s primary.

She respected Hillary Clinton, but didn’t decide to support her until the two women met as speakers at a campaign event in southwestern New Hampshire last year.

Sommers, now 59, told the crowd at the event that she was shot in the back by her stepfather in her rural New Hampshire home when she was a teenager.

“I just reached in and hugged her, I mean really hugged her,” Sommers said in a phone interview. “I said in her ear, ‘You have to do this. I’m giving you my story, and you have to follow through.'”

As Sommers tells it, Clinton responded that she would continue to advocate for gun safety.

“I felt this authenticity,” Sommers said. “I believe this woman is going to deal with this issue . . . that affects women all over this country.”

Despite an intense national conversation about mass shootings and other forms of gun violence, this kind of connection between voter and candidate over gun policy was hard to spot in interviews at campaign events during the final countdown to the primary.

Granite Staters showed more concern with jobs, health care and ISIS than about how – or if – firearms should be regulated.

“Most people from New Hampshire want to do more for gun safety,” Sommers said. “They don’t know how to do it, but they do want it.”

New Hampshire is a rural state with libertarian tendencies. Outdoor recreation – hunting included – is big business, and the subject of gun policy is perennial in the state legislature, with lawmakers often preferring limited regulations.

Clinton called for tighter restrictions on gun sales at a series of events late last year. And last week, many voters received glossy mailers from her campaign touting her endorsement from former congresswoman Gabby Giffords, who survived a shooting in Arizona in 2011 and now advocates for gun regulations. Clinton also brought up gun laws at last Thursday’s Democratic debate with Vermont Sen. Bernie Sanders.

While it didn’t come up in the debate, Sanders has cited his low rating by the National Rifle Association in response to past questions about his voting record on gun laws.

GOP candidates touch on the issue, too. During a visit in January, Texas Sen. Ted Cruz quoted the state’s “Live Free or Die” motto while promising to protect the right to own firearms. His fellow candidates, meanwhile, referenced the Second Amendment, which protects the right to keep and bear arms, during Saturday’s Republican debate.

However, out on the campaign trail, a presidential candidate can get through an entire event without talking about gun policy.

At the tail end of January, for instance, the GOP’s Ohio Gov. John Kasich talked to voters in a school cafeteria in Bow. He spent more than an hour fielding questions about college debt, terrorism, creationism, climate change, campaign finance and international relations. Guns never came up.

In interviews before and after that Kasich event, female voters didn’t name gun policy as a top concern. When pressed, however, they acknowledged that it’s important to many voting in Tuesday’s first-in-the-nation presidential primary.

Republican Heather Denis, who is undecided, wants a candidate with strong ideas about combating terrorism and protecting national security.

Terrorism also ranked high for Independent Anne Harris, who’s equally concerned about the economy. She described gun policy as a “big deal,” but isn’t sure what elected officials should do. “I can see both sides,” she said, standing in front of TV news trucks parked outside the school.

Susan Moore, a Democrat, would like to see stricter enforcement of existing gun laws, but is more focused on environmental issues. Although she’s voting for Clinton, she attended Kasich’s event so she could ask a question there about climate change.

In interviews with female voters, a common theme emerged, even among women with very different political philosophies. They tended to support access to firearms while also calling for some level of regulation.

“I’m for the Second Amendment,” said Nicole Fragos, a Manchester resident who’s supporting Sanders. “But there should be registration.”

Lisa Mills, of Newfields, plans to vote in the Republican primary, although as of last week she was still researching what the candidates have to say about jobs, border control and Social Security. She supports access to guns and has applied for a concealed carry permit.

“We all have the right to bear arms,” she said, adding that some safety precautions are appropriate.

Mills was enjoying the unseasonably warm temperatures in downtown Manchester last week, chatting in the sunshine with Beth Gentry of Milford.

Gentry plans to vote for Sanders because of his views on civil rights, same-sex marriage and student loan forgiveness. When it comes to guns, though, she says laws can only do so much.

“I don’t have a strong stance on guns,” she said. “I think commonsense approaches to what we put out on the streets are a good idea.” 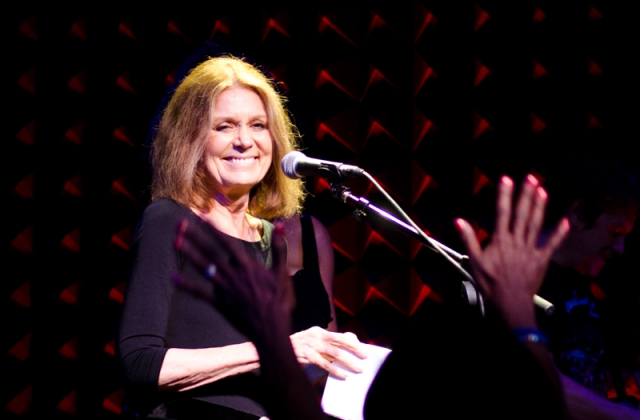