Now that spring is here, Youth Narrating Our World writer Amber Fang wants all neighborhoods to have a community garden as a “comprehensive solution to food deserts.”

Last year, I volunteered at a community garden in North Lawndale, a Chicago food desert, or a neighborhood where healthy food access is limited.

Pushing a cart of compost, I looked toward the field at the colorful vegetation and at my hardworking peers. Among our crew I observed a group of young women like me.

Diligently, they were performing a range of tasks, from collecting seeds to filling compost. The range of tasks was comparable to the diversity of plants in the garden.

In this scene, I defined a sense of community, where everyone is working hard for improvement. And yes, everyone could be included in a community project- in this case, the community garden project.

Around 400,000 Chicagoans live in three areas that are food deserts, according to The Chicago 2011 Food Desert Drilldown, a study by Mari Gallagher Research and Consulting Group.

We can’t wait for a few more years until grocery stores cluster in critical food deserts.

Many of these residents who don’t have access to grocery stores consume fast food simply because it is cheaper and easy to obtain. Fast food, for its unhealthiness, causes a range of dietary-related diseases, especially obesity.

More than one third of U.S. adults are obese, according to the Centers for Disease Control.

Furthermore, food insecure women are more likely to be overweight than those who are food secure, according to the Food Action Research Center.

We have to help fight obesity, diabetes, and other dietary-related diseases.

There are multiple ways that a community garden can positively build up community spirit.

To start off, a community garden is work of collaboration.

For example, some residents choose a location, some plow the ground, and some administer the garden. While constructing the community garden, local residents communicate and foster relationships.

Later, at the harvest season, administrators sell what they grow at a lower price than regular grocery chains, easing local residents’ purchase. With raised money, the garden may import a greater variety of seeds, recruit more volunteers, and eventually, hire unemployed residents.

Some may argue that grocery stores are a more direct approach to the food desert issue, since dramatic progress has been made in five years.

A community garden is a comprehensive solution to food deserts. Not only does it solve the healthy food crisis, it catalyzes healthy relationships in a neighborhood.

About The OpEd Project

The OpEd Project's mission is to increase the range of voices and quality of ideas we hear in the world. We envision a world where the best ideas - regardless of where they come from - will have a chance to be heard, and to shape society and the world. The Youth Narrating Our World (YNOW) Emerging Thought Leaders initiative was created by The OpEd Project in collaboration with McCormick's Why News Matters initiative, to increase the public presence and impact of young people in media thought leadership, civic engagement and ultimately in strengthening the democracy. Read about the 2013-14 Youth Narrating Our World project here .

Vigils for Afghanistan’s Farkhunda Are Continuing 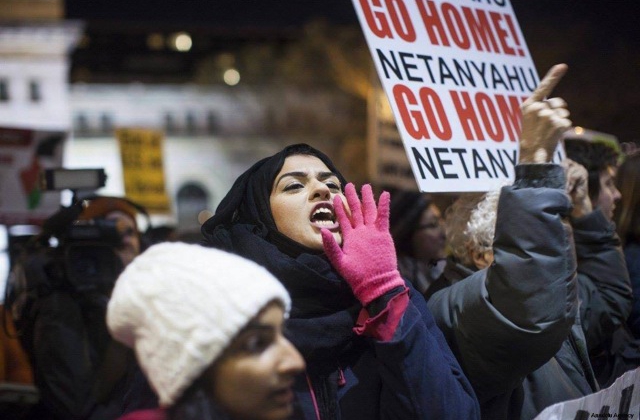